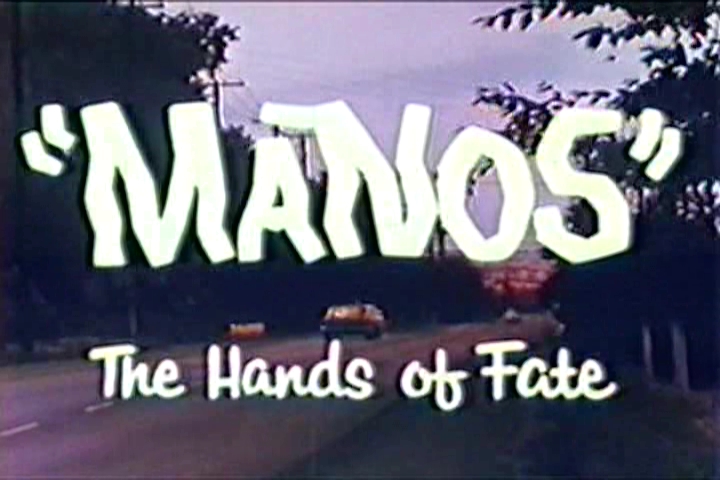 The strange renaissance of the bad movie

Last year, professional oddball James Franco directed and starred in The Disaster Artist, a movie documenting the making of The Room (2003). Directed, written, and produced by, as well as starring, the mysterious Tommy Wiseau, The Room is mesmerizingly awful on every level, and was panned by every critic who saw it on its original tiny release. The Disaster Artist, however, has had a very different fate: an Oscar nomination for its screenplay, a Golden Globe win for Franco’s acting, and box office earnings more than double its budget in the US alone. Earlier in 2017, Netflix revived the show Mystery Science Theatre 3000, which from 1988-1999 had presented 199 episodes of people watching and talking about terrible movies, ranging from Manos: The Hands of Fate to Hercules Against the Moon Men; despite its seeming redundancy, the project attracted Emmy-winning comedian and actor Patton Oswalt.

While the cult following of bad films goes back to the rise of midnight movies in the 1970s, it seems that in recent years the activity has moved closer to the mainstream than ever before. This is not to say that The Disaster Artist was unprecedented: Tim Burton’s 1994 biopic Ed Wood won two Oscars and a Golden Globe telling the story of the eponymous director of Plan 9 from Outer Space (1959), for example. Rather, Franco’s success represents part of a general trend in recent years for audiences to turn to meta-commentary on film as a source of entertainment in its own right.

Sometimes, as is the case with The Disaster Artist, this commentary takes the form of another fictionalised narrative, forcing the audience to approach the original material with ironic detachment – to treat The Room as simply a poorly-made film, rather than a subject of emotional investment. The logical conclusion of this tendency has arguably already reached, with a sixth instalment of Sharknado – a franchise built on aping the features of so-bad-its-good movies – slated for later this year. Elsewhere the demand for such commentary has superseded the demand for the films themselves, with the podcast How Did This Get Made? still going strong after 187 episodes and 8 years of three people making jokes about a movie you can only hear. And if you fancy enjoying a bad movie in a more social setting there’s likely to be a bad film club somewhere near you, such as the Crap Film Club in London or the Bristol Bad Film Club, both of which regularly sell out their screenings.

But why has this culture prospered recently? For that matter, why does this culture exist at all? Many explanations tend to emphasise the sense of aloofness involved in enjoying bad movies. In an interview for the New Statesman earlier this year Dr Adam Galpin, senior lecturer in psychology at the University of Salford, suggested that watching a bad movie engenders an easy feeling of superiority, as identifying why a film is terrible demonstrates a degree of expertise. Feelings of intellectual superiority undoubtedly run dangerously high among film geeks, but this doesn’t quite account for more recent trends that privilege the comedic responses of others over personal smugness.

…movie-watching is a profoundly anti-social activity, particularly when the film is good enough that even the crunch of popcorn becomes intolerable…

One answer may relate not so much to the film itself, but to the process surrounding it. It is rare for anyone to “discover” anything new these days, but with many thousands of B-movies lurking in the bowels of Netflix and Amazon Prime the prospects of finding something special aren’t bad. The process of discovery has been crucial to the recent bad movie scene, with the now-classics Miami Connection (1987) and Samurai Cop (1991) only being rediscovered and screened in 2009 and 2012 respectively. Of course, discovering a gem of awfulness only really matters if you have someone to show it to. Despite it often involving friends and family, movie-watching is a profoundly anti-social activity, particularly when the film is good enough that even the crunch of popcorn becomes intolerable, let alone conversation. Bad movies elicit an entirely different mode of viewing, one that is entirely social, to the point where shows like Mystery Science Theatre 3000 include chattering commentators to make even solo viewing sociable.

The watching of bad movies can therefore be a way of rejecting the prevalent film culture, one in which we are expected to quietly sit through films managed to mediocrity by studios unwilling to take risks. In a time in which cheap CGI and close quality-control has given even utter disasters a glossy sheen, there is an undeniable appeal to movies in which the seams and cracks are on full display, where the question “how did this get made?” cannot simply be answered by “to make money”, where the conversation elicited by a movie is perhaps more valuable than the movie itself. The phenomenon of watching bad movies is not simply a product of ironic hipster millennials, but perhaps a recognition of the value – nay, the nobility – of the truly crap.