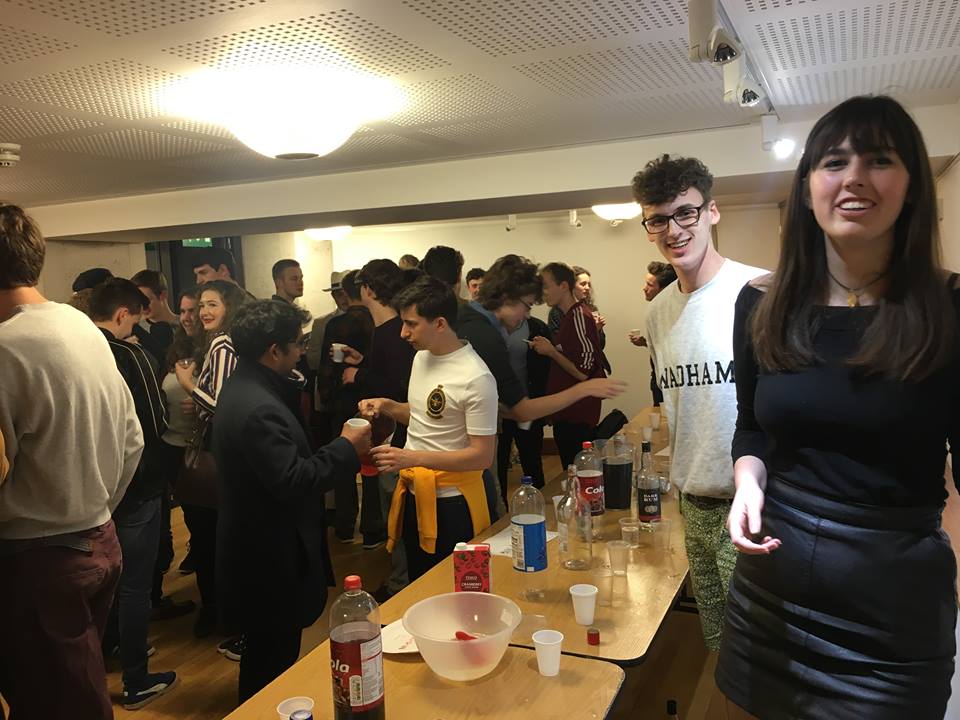 The struggle for gender equality in Oxford’s political societies

On 6th February this year, Britain celebrated a landmark anniversary. The day marked one hundred years since the first women in this country were granted the vote; full female suffrage was achieved ten years later in 1928. This centenary year is an opportunity for reflection on what has changed since then. While there is much to be optimistic about – the recent 2017 General Election returned over 200 women to Parliament for the first time in history – there’s still much progress to be made before anything resembling full gender equality in politics is reached. Just consider the fact that only 21 percent of the ruling Conservative Party’s MPs are female, or that the opposition Labour Party has never had a female leader. In a fiery exchange during Prime Minister’s Questions this January, the Shadow Foreign Secretary Emily Thornberry MP bemoaned to the house that she is the first Emily to be elected since 1918, while her sparring partner that day, David Lidington MP, is one of 155 Davids. These shocking statistics demonstrate that even 100 years after female suffrage, politics remains a male-dominated practice.

What does this have to do with Oxford University? Well, it would not be inaccurate to describe Oxford student politics as a microcosm of Westminster. This university has historically produced many politicians and a fair few Prime Ministers to boot, and one can only assume that this will continue into the future. The three main political societies – the Oxford University Conservative Association (OUCA), the Oxford University Labour Club (OULC), and the Oxford University Liberal Democrats (OULD) – all contain members who although they may not openly admit it, have aspirations to enter into politics at some point in their careers. If female representation in politics is shown to be improving here in Oxford, then maybe that represents cause for optimism for Britain’s political future.

Just as significant, however, is the negative press about female students’ experience in Oxford’s political scene in recent years. Perhaps most sensationally, a recent exposé in GQ magazine singled out OUCA’s fabled Port & Policy evening, the association’s weekly debating event, for fostering a “male-dominated and aggressive” atmosphere in which “women rarely debate.” Across the political divide, one of OULC’s Co-Chairs in Michaelmas 2017, Iris Kaye-Smith, lamented the hypocrisy of men on the student Left who preach gender equality but act in sexist ways, in the club’s online and print publication, Look Left. Meanwhile, in Trinity term 2016, the last time the Oxford Student Investigations team examined this issue, the most common response to a survey asking female members how often they spoke at political discussions was “Hardly ever”.

Have things changed for the better for women in student politics since? One obvious metric for measuring the level of female participation in political societies is by looking at the number of women holding positions of responsibility. Here, the statistics do indicate a significant difference between the three main political societies in achieving female representation. Regarding the composition of societies’ committees, OULC appears to be significantly more successful at achieving a gender balance than either OUCA or OULD. This investigation was able to acquire data going back to Michaelmas term of 2015 for OULC, which show that since Hilary 2016, the number of female members serving on the club’s committee has never dropped lower than 40 percent; only 25 percent of OULC’s committee in Michaelmas 2015 was female. Indeed, women were the majority on the committee for three successive terms between Trinity term 2017 and Hilary of this year, with 69 percent of the committee that served under Co-Chairs Lizzy Diggins and Keir Mather in Hilary 2018 being female. As OUCA does not publish lists of its past committees, this investigation had admittedly a small sample size for comparison, namely the most recent committee, which one can find on the association’s website, and the committee from Michaelmas 2016, which is displayed on an online version of OUCA’s termly magazine, Blueprint. Only 25 percent of this term’s OUCA committee are female, while the number was even lower in Michaelmas 2016: 12.5 percent. Notably, the roles occupied by these women tend to be more junior positions; this term, only one female is a senior Officer, namely the Secretary of the club. Meanwhile, OULD, who do not keep records of past committees, has only three females out of a total of 12 available positions in its current committee.

Of course, representatives of both OUCA and OULD may resent the suggestion that their respective political societies are deficient at encouraging female engagement. Anna Richards, who serves on OUCA’s Committee as a Committee Member, insisted that the “environment (at both OUCA and OULD) is not at all hostile to female participation” with both societies actively encouraging female members to “speak and run for committee positions.” Meanwhile, the present Communications Officer of OULD, Miranda Chaiken, emphasised how “OULD has been working really hard to get more women involved, and more women turning up to events” with “the fact that the last few Spirited Discussions (OULD’s weekly debating event) have been much closer to 50/50 guys and girls” serving as testimony to this work.

In another metric for measuring female participation, namely the proportion of political societies’ leaders who have been women, OULD at least is a lot nearer to OULC in terms of representation. Counting the number of leaders between Michaelmas 2009 (which is as far back as the data for all three societies goes) and Michaelmas 2018 (all three clubs have already elected their leaders for next term), this investigation can reveal that none of them have been even close to achieving gender equality in this period. OUCA has had only four female Presidents since Michaelmas 2009, amounting to 14 percent of the overall total. 31 percent of OULD’s Presidents have been female, shortly behind OULC, 38 percent of whose Co-Chairs (OULC shares leadership of the club between two people) have been women in the last decade. Since Hilary term 2017, however, 67 percent of OULC’s Co-Chairs have been female following a rule change stipulating that one of the two chairs must be a woman, thereby ensuring automatic gender parity in the club’s leadership.

OULC’s aforementioned rule change is just one of the reasons the club is better at adequately representing females than the other two main political societies. Organisationally, it is markedly different to OUCA and OULD insofar as it boasts a specific Women’s Officer whose role is to boost female participation in the club and organise all-female events, and it reserves up to three positions on its committee for those who self-identify as female. In contrast, neither OUCA nor OULD have any positions reserved on the basis of gender.

What this discussion indicates, then, is the difference in culture between the different societies and the way this impacts on female representation. For many in OUCA, a decision to reserve positions for people based on gender would likely be ideologically unpalatable. Olivia Tomlin, former Communications Director at the association, who was writing in a personal capacity, accused OULC of playing ‘identity politics’: “The truth is, no-one actually cares (about whether you’re a man or a woman)…because it is not important in the bigger picture. Being male or female doesn’t automatically make you better at doing any job in a student society; initiative and resilience does.”

Another key division between the major political societies is over the importance of alcohol in student politics. Many OULC female members warmly backed the club’s decision to ban alcoholic drinks from its weekly debating events a couple years back, with Beer & Bickering giving way to Coffee & Conversation. According to OULC Campaigns Officer, Rida Vaquas, “the drinking culture at many other Oxford political societies intensifies the tendency of men to dominate these spaces… And bluntly, no one has very interesting political thoughts when they’re drunk.” While OULC boasts an impressive record regards gender equality in representation, the attendance at the club’s weekly debating event seems to suggest there is some sort of trade-off here. Both OUCA’s Port & Policy nights and OULD’s Spirited Discussions regularly attract far more people, including more members of other societies, perhaps in some part owing to the presence of alcohol. Moreover, members of both societies’ committees stressed that the problem of alcohol was overblown, and that focusing on it detracts from blaming the individual culprits who may be responsible for inappropriate behaviour towards women or any actions discouraging them from speaking.

The final observation from this investigation is how members of all three political clubs seemed keen to defend their own societies’ policies with regards active encouragement (or lack thereof) of female representation. This may sound entirely unsurprising, yet one problem that particularly affects politics is its intense partisanship. Politics is a tribal game, and this tribalism can often lead to insufficient self-criticism when dealing with internal problems within one’s own party or political society; one of the worst accusations towards a politico is that they are a traitor to their own side. This reality has profound implications for female students in politics, however. If we are to properly achieve gender equality in politics here in Oxford, and beyond, then greater introspection is required.