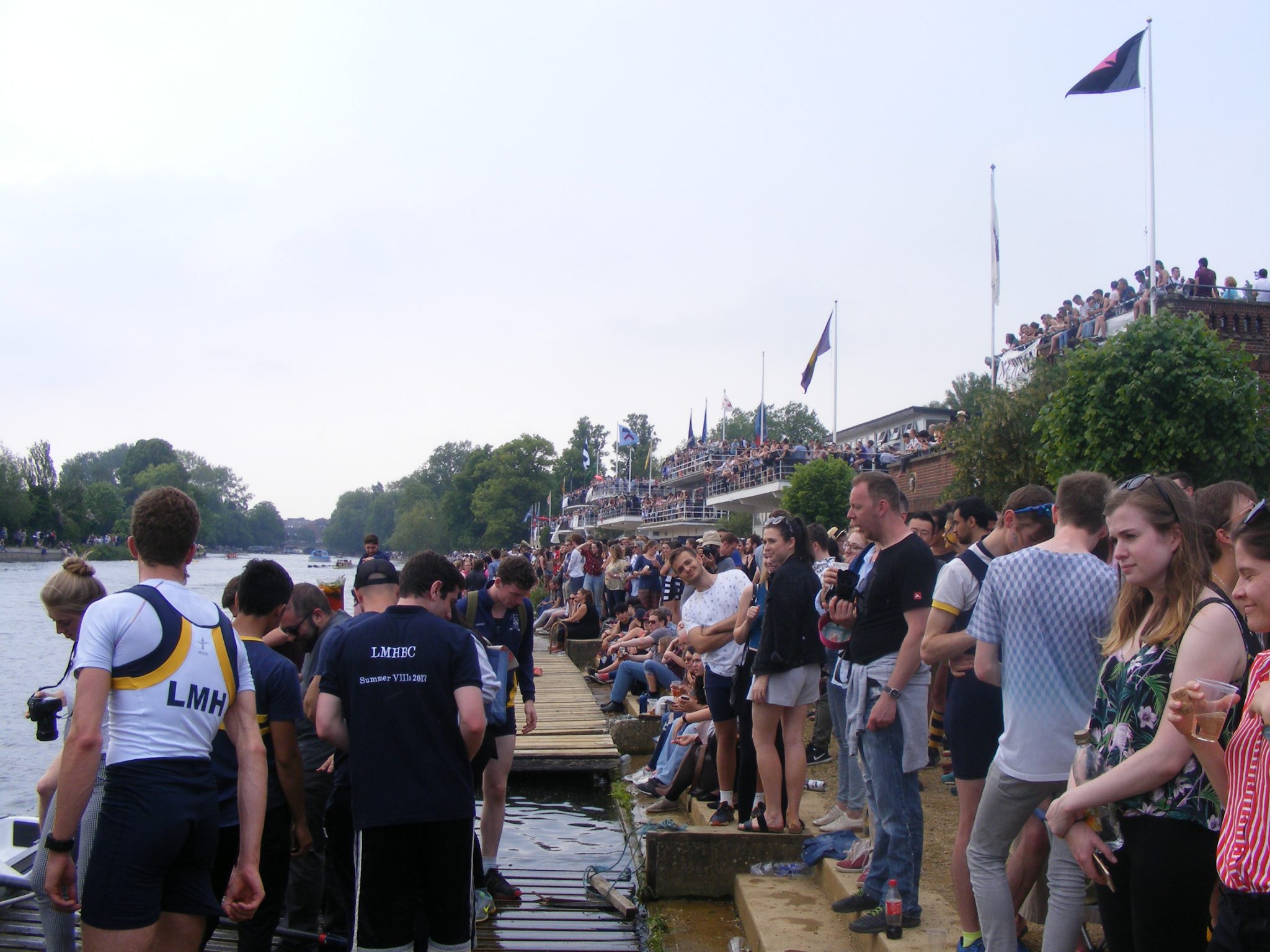 Keble seized the Head of the River in the Men’s division, and Pembroke in the women’s, to conclude a delightful week’s rowing on the final day of the Summer Eights Competition on Saturday afternoon.

Keble M1 and Pembroke W1, after bumping themselves to the top spot on the Wednesday, delivered consistently powerful performances on each day of the meeting to retain their crowning place.

They topple Christchurch M1 and Wadham W1, who held the Heads of the river crowns at the end of last year’s competition.

The outstanding performance of the week in the men’s competition came from Pembroke M4, who leap-frogged an astonishing 9 places, moving from Division VI to 8thplace in Division V by the end of the week.

Other notable performances came from the St. Hugh’s and Worcester M1 boats. After bumping Queen’s and Mansfield respectively on the final day, each crew secured their blades, that is, they bumped on every day of the competition.

In the women’s competition, New College W1 earned their blades in division I, finishing in 7thplace after bumping Teddy Hall. Wolfson also impressively scaled to 3rdplace in the rankings, but were unable to catch up with the Wadham boat at the penultimate race of the meeting, thus narrowly missing out on blades.

Spoons, which are awarded to the boats that are bumped on every day of the meeting, were unfortunately awarded by the Brasenose M1 crew who drifted to the bottom of their division.   The gong was also won by the Somerville W3 crew.

The Summer Eights also afforded the opportunity for novice rowers to test their mettle in the water in a competitive atmosphere for the first time.

The first race on Saturday morning, the 10:55 Men’s division VII race, featured less than conventional rowing attire. The Christchurch M4 crew, one of the many ‘beer boats’ that joyfully made their presence on the river this week, rowed shirtless, with the red ‘F’ of the Foster’s Lager logo painted on their bare chests. Sadly, after being bumped by Teddy Hall M3 on the first day, they failed to find positive momentum, finishing absolute last in Division VII, placing themselves at the Foot of the River.

Other costumes included Viking helmets and carefully co-ordinated rainbow colour schemes which spanned the spectrum from red to violet in the clothing of the crew.

The Saturday of Summer Eights, always highly anticipated as the biggest event on the college rowing calendar, as ever, did not disappoint.

After rain in the early morning, it was drizzly opening to the meeting.  The sun soon broke out though, welcoming the huge crowds that had gathered at the Boathouse Walk with temperatures reaching up to 23 degrees.

BBQs and drinks’ stands studded the walk, with the boathouses’ balconies and roofs filled with leisurely spectators. Some boat clubs, such as those of Jesus, Balliol and Christchurch, ventured their own array of refreshments, hotdogs and burgers to a hungry crowd of students, members of the public, and the occasional dog on a leash.

The final day of racing also delivered its fair share of madness. As well as the usual rowing antics at the ‘Gut’ of the river, a stray swan on the racing line forced a terminating klaxon-call on the Men’s Division II race. Swans also threatened the starts of the Women’s Division III and IV races. Fortunately, bread-wielding marshals were heroically able to lure the encroaching birds out of danger. At times, it was hard to tell a swan from some other bird.

Other impeding objects in the river included floating logs and balloons.

Crews landing back at the boathouses after finishing their final race were often greeted with glasses of Pimms or other beverages, as many rowers were keen to celebrate after what has been for many a hard year at the oar.

After numerous boat club dinners and drinks’ receptions across the university, many merry rowers descended upon the Emporium nightclub to carry on their festivities late into the night.