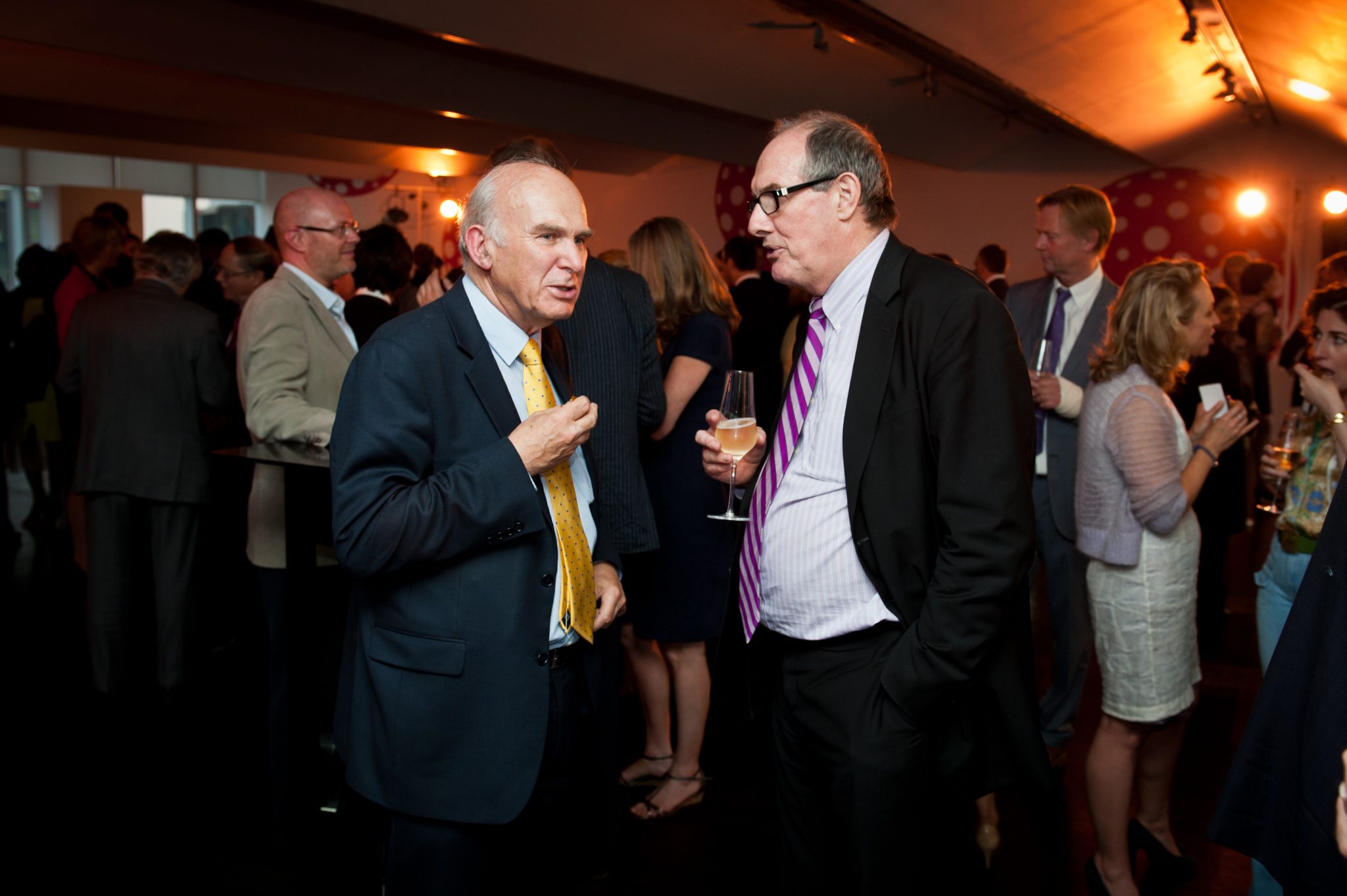 Will Hutton, journalist and the current Principal of Hertford College, has had a long and dynamic career. Beginning in investment banking, Hutton’s life took a dramatic turn when he moved into journalism. From here he made his name as a prominent economist working for the BBC’s Newsnight, as editor-in-chief of The Observer, and as director of the Guardian National Newspapers, whilst publishing a series of major works on the state of Britain. Having maintained a close association with the Labour party, and being a prominent Remain supporter in the Brexit debate, I came to our meeting interested to discover more about the man who claims to be Principal of the “funkiest and friendliest college in Oxford”.

Readers may be surprised, as I was, to hear of Hutton’s shift from banking to journalism. However, for Hutton, this decision was anything but arbitrary, stemming from his conviction to “create value” in society: “I’d done six years in what would now be known as investment banking and I was both quite good at it and also hated it. But [there] was a persistent kind of intellectual question and also a kind of practical question [which] beset me from very early on which is that I really believe that…as a human being, you have to try and create value, or create worth”. Whereas, in the business of “buying and selling pre-existing assets and doing deals, it was very obvious to me that you were destroying value rather than creating it…and I wanted out”. Hutton went on to study for an MBA at INSEAD, ranked one of the best business schools in the world. Following the advice of a professor in his final months, Hutton was persuaded to diverge from the expected route of INSEAD graduates into banking or finance and pursue a career in journalism to better pursue his goal of “creating worth” and “leaving a footprint”. From here he got a job with the BBC, and the rest is – a very impressive – history.

I went on to ask Hutton for his thoughts on the current state of British journalism. “I think there’s a big bifurcation in journalism,” he began, “broadly speaking, there’s a cluster of publications…who try to do journalism and commentary and analysis alongside their broadcast compatriots…and often, as The Guardian has done with Cambridge Analytica, phenomenal kinds of stories have broken”. In opposition to those publications like The Times, The Financial Times, and The Observer, Hutton argues that “the centre-right media, and this is not a very original thing to say…have actually increasingly been edited not as I think newspapers should be edited in a democracy”. He highlights this darker and more worrying side of broadcast journalism, suggesting that publications such as The Daily Mail, The Sun, and The Telegraph “[have] been edited with… increasing bias”, citing as an example The Daily Mail in the run up to the Brexit referendum, wherein seventeen out of twenty-three front pages ran anti-immigrant stories. For these papers, “their journalistic endeavour is to discredit people who don’t share their world view and to push their world view as aggressively as they can”. This is rather concerning, Hutton points out, as “in this sense they’re much nearer to the kinds of way the media is used in authoritarian states than what you’d hope a free press would be”.

Something that is no secret for those who read Hutton’s column or have listened to him speak in Hall at Hertford is that Hutton vehemently opposes Brexit. As we continue to discuss his thoughts on the current state of the United Kingdom, I ask Hutton what his biggest concern is for post-Brexit Britain. Hutton is pensive for a moment before responding, in a composed yet ominous way, “I think Brexit has exposed profound cultural differences which are as close to a kind of non-military civil war you can get”. He draws attention to the dichotomy which exists between “the big cities [which] were all remain”, and the “second order cities…and smaller towns [which] were ferociously for Brexit”, stressing that “what you see is you see a kind of educated-uneducated, old-young, prosperous-unprosperous, social mobility-social immobility [divide], and on all these spectrums you find that the Remainers were on one side and Leavers were on the other, and the danger is that that fissure is going to run much deeper” and potentially become “quite toxic”.

As well as “this kind of cultural war between those of us who are open, and those of us who are closed”, Hutton is concerned for the economic and political future of Britain. On the whole, he believes that “the gravity of leaving is underestimated”. On the economic side, Hutton emphasises the detrimental “impact of disrupting trading relationships to the degree they’re going to be disrupted”. “There’s simply no way that trade with protectionist America and protectionist China can compensate for what we’re losing in the European Union”, he continued. Already there is the issue of businesses migrating out of Britain, for example in the aerospace and pharmaceutical industries, as well as financial services. The issue is, as Hutton sees it, that “we’ve got nothing to replace it with”.

Hutton went on to explain the dangers of leaving the EU to British politics, painting a worrying image of “a full scale constitutional crisis” in which “Brexit Thatcherites… take over the state under a first-past-the-post voting system backed by the right-wing press” with the hope of “more consistently [having] a majority in the house of commons”. With this power, Hutton argues that the members of the right “will carry on the processes of actually having a minimal welfare state and all that goes with that”. Hutton himself notes how “really quite dark” this future is, pointing out that “the conversation in Britain has always been that the Left are the threat, but we’re learning something new, that it’s the Right that are the threat”.

Despite the uncertain future Brexit presents, Hutton is not completely despondent. On the subject of potentially reversing the Brexit vote, he points to the striking conviction of politicians and young people across Britain who are still fighting to remain in the EU. As well as mounting student pressure in the form of petitions and protests for a “people’s vote” on Brexit, Hutton stresses how “there are a lot of Labour MPs who want to follow through with the House of Lords’ [rejection of the Brexit withdrawal bill]”. Further to this, he confesses, “we’ve also got some really brave conservatives, people like Anna Soubry, and Dominic Grieve, Nicky Morgan…I mean I don’t share their centre-right views, but they are admirable people, and they’re brave…they want to put the national interest before party interest”. This leaves open the potential for “a small majority in the house of commons to actually keep us much closer to the European Union, or even in the European Union” – a prospect I’m sure many readers long for.

Pulling away from politics, I asked Hutton about his experience as Principal of Hertford College, a role he’s held since 2011. He admits the role is both challenging and consuming, describing it as “a lifestyle as much as a job”. There are “challenges on all fronts”, Hutton admits, “to make sure that the teaching is the best it could be, that the student experience is the best it could be…to sustain the great culture here…those are the kinds of things I think about”. However, Hutton certainly feels that the job is rewarding: “what really makes you feel good is acting on the world in a way that you think is doing so with integrity and creating value, and, doing it somewhere that’s beautiful and with access to great open space. I mean come on, this job fits the bill in every way!”

It is the strong sense of community within Hertford which Hutton seems most proud, and most grateful. He shares with me how the college was “just amazingly supportive” when his wife passed away in 2013, and commends Hertford’s impressive reputation for access to “the fellowship, our culture, the JCR and work [students] do”. “It’s quite something”, he tells me, with a clear sense of pride.

It is therefore no surprise that he has a sense of duty to serve the college as Principal; “in a sense, these colleges are a bit like rivers running to the sea never-endingly… this wonderful network of buildings will be standing opposite the Bodleian and the Radcliffe Camera long after we’re gone”, Hutton muses, “and I feel very strongly that I need to hand it on to whoever succeeds me better than I found it”.