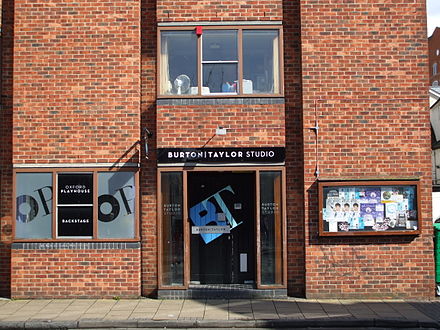 Nestled away unassumingly behind the Oxford Playhouse, the Burton Taylor Studio can feel remarkably untheatrical. Seating a mere 50 people in a black box theatre, it may go overlooked in a Trinity term full of garden plays and thespian extravaganzas. What, after all, can such a minimalist setting offer to a drama scene full of big and bright productions? I spoke to several students who have been involved with productions at the BT to tease out some of the pitfalls, but more importantly, the hidden benefits, of putting on a show at the BT.

Accessibility is one of the BT’s most salient selling points. As the home of freshers’ Cuppers and of the New Writing Festival, for numerous students it stands as a physical entry point into the world of student drama. Frances Livesey, co-executive producer of this year’s New Writing Festival, stressed the value of the BT as a venue for anyone putting on a play for the first time; with low budget requirements and little financial risk she claims “there’s literally no better space in Oxford” to put on a first time show. When the scope of student theatre of the Playhouse variety feels impenetrable to newcomers, it is assuring to know that a stone’s throw away there lies a way in.

Yet Livesey was keen to stress that the BT should be treated as a venue in its own right, and not just a gateway into bigger shows. One can put on a good quality production regardless of budget, she contended, so small scale isn’t necessarily a bad thing. The limitations on set, cast size and lack of backstage should not throw one off: “Minimalism is a bit underrated in its way”, she reflected.

In fact, minimalist staging may be precisely what some directors are looking for to best suit their source material. Beatrix Grant, who directed Krapp’s Last Tape (by Samuel Beckett) at the BT in Hilary 2017, found that the space allowed for “the creation of a simultaneously displaced and uncomfortably close universe”, key to Beckett’s work. “A black box theatre allows for the free positioning of seats to gain an intimacy that reaches all members of the audience,” Grant continued. “The removal of physical features typically associated with theatres, such as seating banks, curtains, a raised stage, allows for the rendering of a piece that will last far longer than just in the theatre, freely entering the consciousness of audiences.”

Accessibility within the venue appears then to be twofold, both for the production team and the audience. Proximity to the action on stage is something that Jake Rich and Caleb Barron, directors of the upcoming Confusions, also pointed out. With the audience so close by, there is less need to project and more room for realism, making it difficult for those watching to disengage from the show. Both admitted that there were certainly difficulties that arose from the limits of the space, such as less room for pacing, no room for an ensemble and technical barriers, but they also highlighted how malleable a space it was. With freedom in seating arrangements, for example, “It can be whatever you want,” according to Rich.

Moreover, he expressed surprise that there are not more spaces in Oxford to put on shows for small audiences, theatres for trying out new material and particularly helpful for inexperienced actors. While this may not always result in polished material, perhaps we should fear this less. As Barron put it: “It feels more like student theatre than other spaces, but we’re students so we like that.”

the BT signifies what is wonderful about theatre in Oxford

Apart from the more notable benefit of accessibility for production teams, it seems as though a small space like the BT can offer much to a show if what it requires is proximity to the audience, experimentation with new material or simply a limited set and cast size. While this certainly does not mean that all theatre must be minimalist, the BT signifies what is wonderful about theatre in Oxford. With all the shows that are constantly put on, one can go from seeing a 3-hour musical with a cast of 30 to an hour-long piece with 3 people, and both can be well executed. With such diversity in the spaces and styles of shows, the BT occupies a vital niche in student drama.