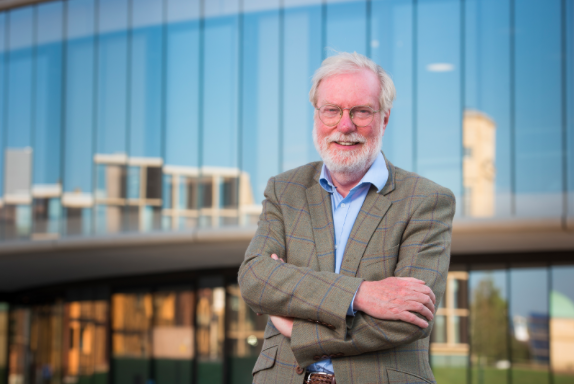 Divisive and Decisive Times: An Interview with Paul Collier

I recall sitting in my economic development course as an undergraduate. Paul Collier’s acclaimed bestseller, The Bottom Billion, was a classic on our reading lists. Fast forward a year later, I am sitting opposite him in his office at the glass-walled Blavatnik School of Government for an exclusive interview with The Oxford Student.

Sir Paul Collier is one of the world’s leading experts on the economic development of poor countries. He has written for the New York Times, the Financial Times, the Washington Post and the Wall Street Journal. His research includes the consequences of foreign aid, causes and effects of civil war, and the problems of democracy in resource rich yet low-income societies. A former World Bank economist, he is currently a Professor of Economics and Public Policy at the Blavatnik School of Government, a Professorial Fellow of St Antony’s College, and a Director of the International Growth Centre.

I began by asking Collier what led him to be passionate about the issue of global poverty. “I was part of a student generation of 1968, which in French is known as soixante-huitards, it was the last time students were physically involved with global issues really,” he says, “And at that time the aspect of the world which seemed to me, and still does, the most important to address was this huge gulf between people in the poorest countries and people in the richest.”

He explains that he was the first generation in his family to have opportunities. Both his parents left school at the age of twelve. They led difficult lives, unable to develop or put to use their true capacities. His family background made him conscious of the failure of poor countries to deliver opportunities to their citizens. “As soon as I started to look out of the world instead of in at my family, I saw my mom and dad millions of times over.” So he studied economics with the hope of putting it to use and helping countries escape from poverty. “Perhaps my ideas were foolish and romantic but they got me going and I just kept going, maybe of a failure of imagination to do something else.”

Then, pausing, he adds that he is concerned with being turned into a “mini saint”. For him, “the moral mountains in my universe are the people from poor societies that engage in the struggle within those societies to turn them around.”

He points to my chair noting that where I was sitting was one of his students from a war-torn country the previous day. Intelligent and capable, the student could have obtained a job anywhere, but chose to return to his home country upon graduating. “He’s been self-sacrificing to meet his obligations to people in his society who haven’t had those opportunities. I haven’t had to sacrifice anything.”

“I’m a moral molehill,” he adds. “But people like him are a moral mountain.”

I turn our discussion next to a continent on which he has worked extensively: Africa. I ask him why Africa has failed to benefit from globalization the way Asia did. He responds that while Africa’s development has been driven by natural resources, Asia’s has been driven by manufacturing and services. “Economic development from natural resources is an order of magnitude more politically difficult because it creates all sorts of temptations for political leaders to abuse their power of office.” There are certainly exceptions like Botswana, for instance, which became one of the fastest growing economies in the world thanks to prudent use of its diamonds. But, “manufacturing and services generate a lot of jobs and so the diffusion of opportunities in society is automatic through the job market whereas with natural resources extraction generates a lot of money but not a lot of jobs so what really matters is how that money is handled and that’s a political decision process.”

The realization of the potentially dangerous impact of natural resources led Collier to write his book, The Plundered Planet. “Books can have influence if people read them.” The Plundered Planet certainly did. “When I was called by the British government to advise them on the British G8 in 2013, fortunately David Cameron had read The Plundered Planet and he said that’s what I want to do and he did it!” Collier’s book contributed to getting five of the G8 countries to sign up to the Extractive Industries Transparency Initiative, a global standard for openness around governance of revenues from natural resources. Change towards greater transparency continues today. Recently, the British parliament passed a bill requiring Britain’s overseas territories to introduce public registers of company ownership to tackle corruption.

Another debate that continues to rage is that around foreign aid. On the one hand, Jeffrey Sachs argues that aid will save Africa, whereas William Easterly argues that aid is the problem. Collier takes a middle view arguing that they are both “theatrical.” “We can help, but they save themselves – it’s a struggle within their own society.”  But Collier states that, “the idea that aid is the cause of devastation is equally preposterous. That feeds the mentality of victimhood, which is demoralising and demotivating.” So I ask him how donors should incentivise the poorer recipient countries with weak governance to spend aid on anti-poverty measures. He says that a good use of aid is to generate jobs because youth employment stabilises society. The only route to jobs is to get firms to come to these fragile states, which desperately lack proper firms. “Firms almost in their sleep perform a miracle of productivity. It brings people together so that they work together rather than solo. And by working together they can reap economies of scale and economies of specialisation.” For Collier, aid must be used to cover the costs of firms that pioneer new sectors in fragile states.

“the idea that aid is the cause of devastation is equally preposterous. That feeds the mentality of victimhood, which is demoralising and demotivating”

I then ask him how he sees Africa changing in the next decade given its present trajectory. “It’s going to be a decisive time,” he says. For Africa, the last decade until 2014 was a “Golden Decade”. At that time, Africa received debt relief, experienced rising exports and, for the first time, African governments were able to get large amount of loans. But “that’s all over”, he says. What is emerging instead is a greater divide between African countries. With regard to the economic challenges and opportunities African countries face, “[s]ome will be serious and the seriousness will then drive the opportunities they create and some will flounder because of high debts and falling export revenues.”

Moving to African politics, Collier tells me that he is pleased that Cyril Ramaphosa won the presidential election in South Africa. “I have high confidence that South Africa will once again become the driving force for the good of the continent. Under [former-president Jacob] Zuma it wasn’t.” He acknowledges the more difficult starting positions that new and well-intentioned leaders currently face in Africa. “I don’t do optimism and pessimism. I do realism. If you don’t start from reality, you don’t have hope. The realistic assessment is that we’re now on very tough struggles and some very brave people will be needed to take a string of decisions.”

I conclude our interview by asking about how Britain should reorient its economy in response to Brexit. With a declining manufacturing sector in the UK, for instance, some have suggested that Brexit offers an opportunity for Britain to re-industrialise. Collier began by noting that the city he grew up in, Sheffield, had particularly suffered due to globalisation. The steel industry in Sheffield was destroyed, and shifted to South Korea with no prospects of returning to Britain. As a result, Collier believes there is a real need to create new economic clusters in cities like Sheffield that export to the world. So while Collier was himself in opposed to Britain exiting the EU, “[i]n or out of the EU, that’s what we need to do. We need to get more active not in restoring clusters, but in creating new ones that work.”

“We’ve seen big divisions within our society… and those divisions reflect the neglect hood of economic divides. And we need to address them”

His new upcoming book, The Future of Capitalism: Facing the New Anxieties, is about our modern societies’ place in the world. “That’s the book which at the moment I’m most proud of, but we’ll see how it’s received.” Unlike his previous works, his new book focuses more on the socio-economic and political rifts within Western societies and the ways to rescue capitalism from itself. “We’ve seen big divisions within our own society, not just in Britain, but also the US, Italy, France – and those divisions reflect neglecthood [sic] of economic divides. And we need to address them.”

Paul Collier’s new book, The Future of Capitalism: Facing the New Anxieties, is due to be released this October.