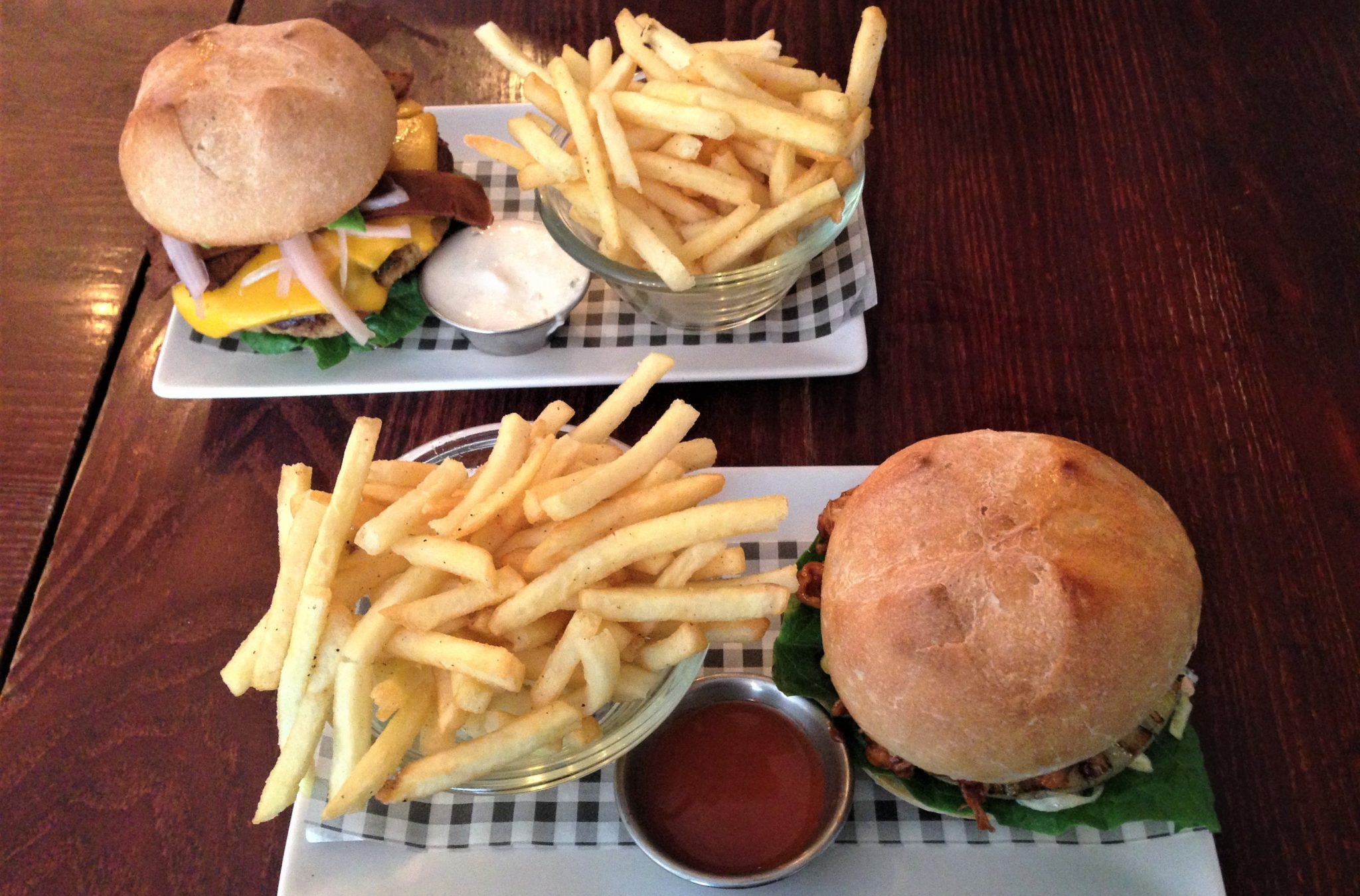 Ever since the November opening of Happy Friday Kitchen – Oxford’s first vegan restaurant located in Cowley – I’d been eager to sample their menu. As a plant-based eater, I was excited by the prospect of being able to eat anything from the menu without kicking up a fuss, and thought it would be interesting to bring my meat-eating boyfriend along for the ride.

With chicken being his favourite protein, but only a distant memory to my taste buds, we were both particularly eager to try the vegan hot wings made out of seitan, otherwise known as the “wheat meat”.

When we arrived we were greeted with the news: “we have no seitan today”.

What did this mean? It meant that they only had four of the six starters offered on the menu (no hot wings or chicken tenders) and that the three (of six) burgers which contained a seitan patty would have a soy patty instead. Their choice of four pizzas and two Buddha bowls were unaffected. Nevertheless, having traipsed from north Oxford with the primary intention of trying the seitan hot wings, we felt somewhat let down.

We didn’t let the lack of faux-chicken ruin our experience, however, and were excited to try their burger options.

We didn’t let the lack of faux-chicken ruin our experience, however, and were excited to try their burger options. I was feeling fruity and opted for the Big Kahuna burger, which featured barbecue jackfruit (the vegan equivalent of pulled pork), sweetcorn and chilli slaw, pineapple and lettuce, while Al chose the more traditional California burger, comprised of a soy patty, mayo, avocado, lettuce, tomato, and vegan cheese and bacon. Both were accompanied with fries.

Having seen so much online about the joys of pulled jackfruit, but living in a country where the fruit is a relative rarity, I was excited to finally try it. Although I found the burger tasty, it wasn’t the flavour-bomb I’d come to expect from vegan burgers. “There’s something not quite right about it,” I said to Al as he guzzled down his burger. Fortunately I realised what the issue was before I’d finished it – the pineapple had been completely masking the jackfruit, and as soon as I removed it, the other flavours were finally allowed to shine. I could finally taste the pulled jackfruit, and it was even more delicious than I’d expected, and I finished my burger with a smile on my face. I know a Big Kahuna is all about the pineapple, but it’s a powerful flavour, and should be used in moderation, particularly in conjunction with a less potent “meat”. The hero of this burger is the jackfruit, after all!

Having seen so much online about the joys of pulled jackfruit, but living in a country where the fruit is a relative rarity, I was excited to finally try it.

The Californian burger was certainly more traditional. The soy patty was an all-round crowd-pleaser – although it tasted meaty, the occasional piece of vegetable within the patty was a welcome visual reassurance of its true origin. The bacon was, at least taste-wise, remarkably realistic, and the oozing cheese reminded me of a classic American burger. Al described it as “the best vegan burger I’ve ever had”. When I asked him why, his answer was simple: “because it tastes like a real burger!”

Since we had been unable to try the seitan hot wings to start, I thought it would only be fair to try their dessert instead. Their offering today was a selection of vanilla cupcakes with copious amounts of icing and even a miniature pink ring doughnut on top. They looked delightful. Although it was quite the sugar hit, it tasted exactly as you’d expect of a delicious cupcake, and I was particularly impressed by the creamy texture and buttery undertones of the vanilla icing. The seitan chicken – had it been available – might have been more satisfying to my curiosity, but it couldn’t have been more satisfying to my taste buds.

Overall, we were pleased with the dishes we tried at Happy Friday Kitchen. Although it was disappointing to have a restricted menu – as well as to find a thick slice of pineapple obscuring the true deliciousness of my burger – the food was very tasty, and both of us – plant-based eater and meat lover alike – left with our bellies full and our taste buds satisfied. We were glad to have tried something new, but whether it will replace the spot that Gourmet Burger Kitchen holds in our foodie hearts, we’ll have to see.