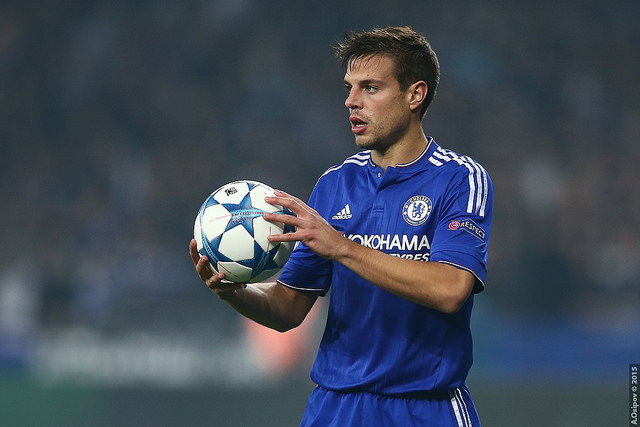 Rowan Janjuah has selected his best XI for the season. Do you agree?

For me, the principle of the PFA team of the year is problematic for two reasons. Firstly, it is announced on match day 35 of 38. Whilst that’s only leaving 3 or 4 games unaccounted per team, there are so many seasons where key performances by certain teams or players in the last few weeks can make such a difference. Take last season, for example, where Kane and Lukaku battled for the golden boot right until the end.

Secondly, it hardly ever feels like a team. Of course no one builds a team of the year with their Football Manager head on, thinking of the perfect blend of players for a certain style. To an extent, we have to take the best players in their positions. We can, however, bracket off roles slightly more clearly to create a more realistic team, which we could reasonably consider winning the league. With these two things in mind, here is my team of the year, a team I think would be expected to win the league this season:

Right from the off this was a hard call. Ederson has had a revolutionary season for Man City and will likely be the one of the pioneers of a new type of football playing goalkeeper. My heart wanted to pick him. However, towards the end of the season I saw Ederson fail to make a few easy saves, and his concentration seems to be lacking. And so, whilst I’m sure he’ll be here in the future, for now the Spanish no. 1 remains king.

An outstanding season for the Manchester City right back, whose big money move has yielded the trophies he wanted. His width going forwards has allowed Sterling to shift inside and score so many goals. His pace means that he is able to recover quickly, which aids City’s high line immensely. Southhampon’s Cédric Soares impressed me too withh his dribbling and energy, but he will need to iron out his defensive positional mistakes. He does have time on his side though.

Whilst a full-back at heart, César Azpilicueta [pictured] has Chelsea’s defensive rock in a variety of positions for years now. Whilst Chelsea themselves did not look as impressive as last season, Azpilicueta still managed to impress. His deep understanding of spaces and his concentration mean he has easily dominated at centre-back, despite his slender frame. Not the physically imposing centre-half many would have, but a brilliant and cerebral defender.

With Azpilicueta as my controversial call, there was a battle for his more predictable partner. Virgil van Dijk has looked imperious since January, and Liverpool look like a different beast with him in their team, both in terms of solidity and build-up play. Unfortunately, half a season is not enough to justify his place. Otamendi for Man City has turned from a powerful but liable defender into a calm and dominant centre-back with an eye for a pass, though it still feels as if he can be phased when pressed high. Jan Vertonghen, however, has looked solid and commanding all season, and has been intrusmental in Spurs’ shift from Alderweireld (who will surely leave come the end of the season) to Davinson Sanchez. More than that, he carries the ball gracefully and brings all his teammates into play so there is no way he doesn’t make it in this season.

For a while it looked as if there would be no stand-out left-back of the season. However, from December onwards it became obvious, at least in the North-West of the country, that there was one who could challenge. Andy Robertson has looked awesome this season for Liverpool. Much like Walker, his attacking work-rate and width means that Sadio Mané can play as in inside forward and score more. Whilst he lacks the pace of Walker, Robertson has two qualities where he surpasses Walker: his stamina and his delivery into the box. Both of these qualities are vital for a full-back over 90 minutes, and I only see Robertson improving.

If 3-4-3 was the formation of last season, then 4-3-3, in honour of City’s dominance and Liverpool’s attacking fluidity, must be the formation for this year. Therefore, when it came to picking my holding midfielder it was an easy choice. One man has formed the glue in the best midfield in the world this year: Fernandinho. He has the energy and power to appear like two players, but has the ball-playing and dribbling skills to make him a genuine threat. Not to mention he has an absolute rocket of a right foot.

Little needs to be said here. Quite simply the best midfielder in the world for me this season, KDB makes pulling the strings look simple. Whether he plays deep, on either wing wide or in between the opposition’s midfield and defence, there is no scarier player than de Bruyne. His ability to both pass and shoot with either foot means you can’t afford to stand off him, but you must also mark all the passes, so its no wonder why he has caused so many defenders headaches this season.

It was a real toss up between David Silva and Eriksen, but in the end I went for the Spurs midfielder. After waxing lyrical about de Bruyne, Eriksen is the only player that has consistently edged him in assists and chances created in the last couple of years. Similarly two-footed but slightly favouring the final third, I can imagine he would be the final and most attacking piece of a devastating midfield symphony.

Mo Salah impressed last year at Roma with 18 assists, but no one could have ever seen this season coming. If they say they did, they’re lying, because this man has broken almost every goal-scoring record in this country. Even more puzzling is how. If you watch Salah, it can be so frustrating at times. He frequently misses simple side-ways passes, very few of his dribbles are ‘clean’. But through tenacity, pace, reactions and bags of confidence he has forcibly risen himself from a ‘solid’ Premier League winger into a record-breaker and icon.

Every year I complain how Sergio Agüero never makes it into team of the year, and yet here I am picking Harry Kane. Agüero has a brilliant season, and his goals per minute (94) were bettered only by Salah (92). His six assists were also better than Kane’s two (in more games). Kane did, however score 30 goals at an incredibly respectable 104 minutes per goal. It goes deeper than that however. This season, Kane scored more goals in a calendar year than anyone else (one more than Messi), and scored 30 goals for the second year running. His finishing from anywhere within 20 yard is swift and deadly. Yet its’ his intelligence in terms of linking up play, his distribution and his pace that have come on noticeably this season. I think he will be the top no. 9 in England for many years to come.

Finally, we come to Sané, for me the most exciting player  this year. He can drift past people like they were mannequins. His delivery is lethal and he has added a nifty ability to finish to his game. Unlike Sterling, who has Walker outside him, Sané has to hold the width on the left alone. And he does so brilliantly by bursting behind the opposition’s defence with perfect timing. His ability to go outside and in is good, but still only 22 years old, the room he has  for improvement is, frankly, frightening.