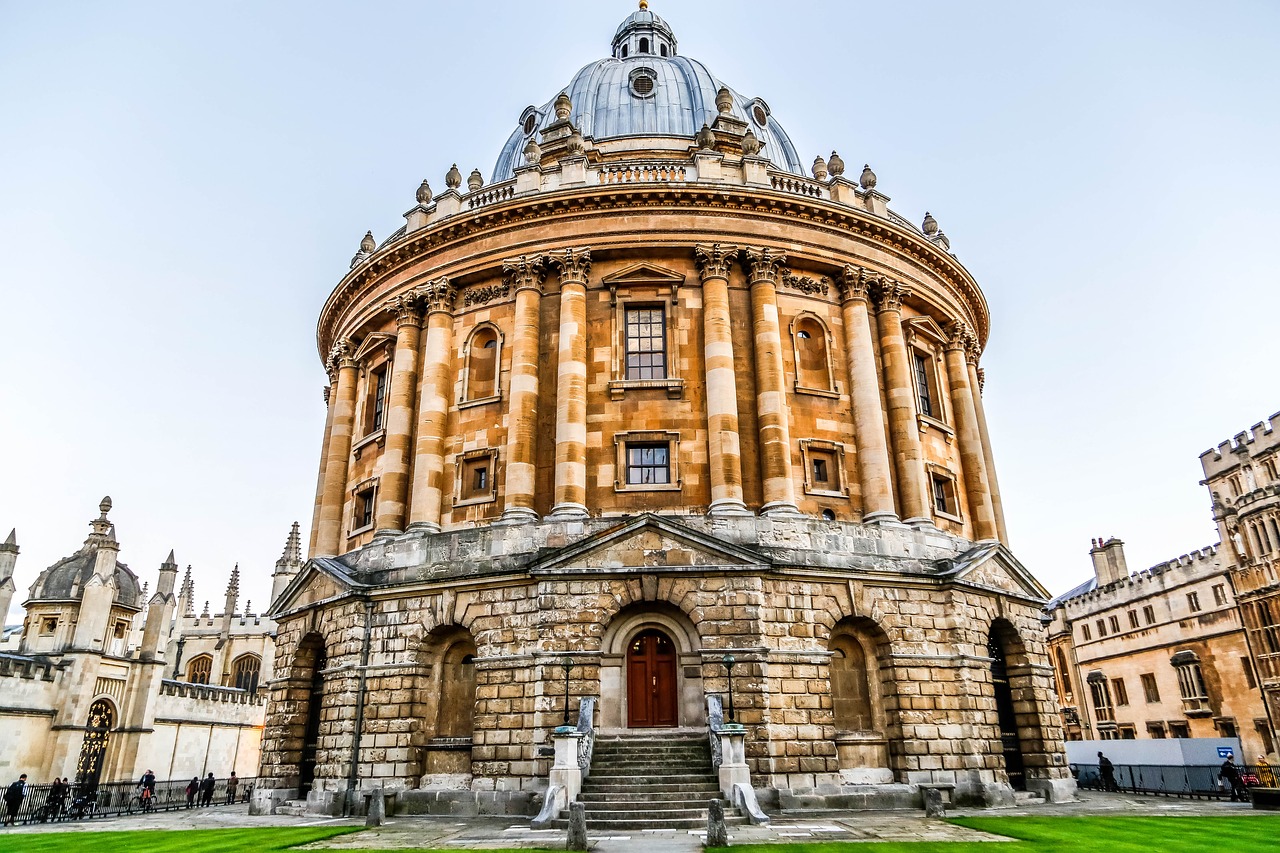 Why Oxford is not doing enough to improve access

We are two undergraduate students studying at Hertford College, Oxford, both heavily involved in the Widening Participation sphere within and outside of the University. With one of us having been educated at a state comprehensive and the other coming from a BAME background, we were struck by the results of the Undergraduate Admissions Report and felt compelled to take action.

I’m woken up by an email from Louise Richardson, our Vice-Chancellor, who is proud to report that Oxford is admitting students from underrepresented minority groups “in greater numbers than ever before”. Another notification. National headlines are accusing Oxford of ‘social apartheid’. How can we explain this discrepancy? The first Annual Admissions Statistical Report triggered a public outcry, a buzz of debate, a wave of student journalism condemning the results of the report and the University’s response to it. But is it possible that both assertions bear some truth?

Existing University initiatives such as the Oxford UNIQ Summer School (a week-long academic residential for state-educated sixth-formers) are highly effective, but evidently are not capable of tackling this problem without additional measures. Why is the University of Oxford not collaborating with its many student-led initiatives, such as Class Act Campaign and the Afro-Caribbean Society? Why is it not implementing interventions that are further-reaching and more cost-effective? Why is it failing to support underrepresented minorities throughout their time at Oxford, and not just during the application process? None of these are novel ideas in the Widening Participation sphere and could surely be adopted and developed by the Admissions and Outreach department. Our experiences suggest that these holistic and collaborative projects are the first step towards tackling institutionalised inequality at the University of Oxford.

We are big believers in the power of student-led initiatives, both within and outside of the University. For example, Project Access has shown what is possible when students are collaborating to effect real change. The international non-profit aims to widen access to elite universities like Oxford through their global peer-to-peer mentor network which works in tandem with a technological journey model, effectively guiding the student through the entire application process. Although potential selection biases apply, a success rate of 63% compared with the 15% average for the universities that Project Access targets illustrates the extent of its impact. Where governmental obligations are imposed upon University Widening Participation offices to meet certain goals, students are passionate about volunteering their time, drawing upon their recent first-hand experience of barriers to higher education to support their peers.

Our experiences suggest that these holistic and collaborative projects are the first step towards tackling institutionalised inequality at the University of Oxford.

Other campaigns and societies within Oxford, such as Target Schools and Afro-Caribbean Society are also using the power of role-modelling. The former offers Shadowing Days, which allow state-educated sixth-formers to spend a morning going to classes and lectures with an undergraduate who studies their subject of interest. The day culminates with an admissions workshop and is organised and executed solely by current Oxford students. The ACS ‘Visions Programme’ aims to address the barriers faced by state comprehensive school students of African and/or Caribbean descent through a series of workshops with partner schools and firms. The two societies recently collaborated to run a Shadowing Day solely for state-educated, BAME students – cross-sectional initiatives such as these point towards the power of collaboration between organisations.

Yet student-led initiatives only have limited resources and should not bear the brunt of the responsibility for improving access. Not only do they require greater monetary support from the University, but a greater level of cooperation with University outreach. Their astounding success rates suggest the University needs to trust positive applicant feedback, taking steps to integrate their own immersive approaches with the scalability of student-led initiatives to create more effective change.
The implementation of immersive, cost-effective and easily expandable interventions will encourage more students from underrepresented minorities to apply to Oxford. The injection of £150m into 500 additional places on UNIQ, an immersive residential, is a worthwhile investment, especially given that it uses ACORN and POLAR3 postcode data to select its applicants and target those who need it most. Our shared personal experiences of both studying and working on UNIQ can confirm that learning with leading academics in libraries that are steeped in history is an invaluable experience, as it proves to applicants that they are perfectly capable of studying at Oxford. Meanwhile, receiving bespoke advice on the application process from current students within the university makes this a tangible possibility – 40% of students on UNIQ go on to receive an offer to study at Oxford. However, the programme is very cost-ineffective in comparison to other outreach initiatives, costing the University approximately £900 per head, meaning that thousands of capable, eligible students risk missing out on this valuable experience, due to budget restrictions.

Yet student-led initiatives only have limited resources and should not bear the brunt of the responsibility for improving access. Not only do they require greater monetary support from the University, but a greater level of cooperation with University outreach.

UNIQ Digital, a new initiative offering online courses and content about studying at the University of Oxford, is a possible solution. Similarly, Oxplore, Oxford’s new outreach portal for schools and young people is taking the University in the right direction. Many state comprehensives lack the resources and expertise to guide students through the academic part of their Oxford application, so this website provides videos explaining how to think about ‘big questions’, such as ‘Can war be a good thing?’. These initiatives are paving the way for the future of Widening Participation; they should be executed in tandem with one another to reach the maximum number of applicants and target those who need them most. This will allow us to provide those who most need it with a high-touch, immersive experience, whilst ensuring that other applicants are not left by the wayside.

The importance of supporting underrepresented minorities even after a successful application has been made cannot be understated. Reclaim’s ‘Educating All’ report revealed that over 70% of the respondents who identified as working class agreed or strongly agreed with the statement “your class was a barrier when integrating at university”. Having eagerly researched second year optional modules before arriving at Oxford, it was a great disappointment to learn that never having learnt Latin – a subject that evidently was not on offer at a state comprehensive – would prove a barrier to studying historical linguistics at Oxford. With regards to race, Oxford only admitted a total of 48 black students to Oxford last year. The Cherwell, an Oxford student newspaper, recently exposed the widespread racial profiling of students of colour by college porters, publishing the testimonies of 14 students from 11 colleges. Being asked for ID as you enter your home can only exacerbate the famous ‘imposter syndrome’ that many an Oxford student falls prey to, even without this additional layer of discrimination.

Is the University doing enough to improve access? No.

The last few years have seen an increase in awareness of the difficulties faced by students from underrepresented minorities. Class Act, the autonomous student-led Oxford SU campaign aims to support working class, low income, state comprehensive educated, first generation and estranged & care leavers during their time at Oxford, through campaigning, speaker events and socials. ACS Careers provides speaker events and networking opportunities to support their members’ professional development. Hertford College has begun to exhibit portraits of successful women and BME alumni alongside the familiar faces of William Tyndale and John Donne – an apt reminder that you should not have to be a white male to get recognition for your achievements. These are certainly steps in the right direction, but more campaigns and more inter-collegiate collaboration will be required in order for on-campus support to really take off. How can we ever hope to attract an increasingly diverse pool of applicants if those who are currently studying at Oxford are not sufficiently supported?

Is the University doing enough to improve access? No. Was it right for the UniofOxford Twitter account to retweet inflammatory comments in response to David Lammy’s criticisms? No. But by the same token, is it helpful to repeatedly admonish the University of Oxford without offering tangible suggestions for improvement? No. Ultimately, by spending less time perpetuating the developing culture of blame surrounding Widening Participation, we will have more time to help those students who form the crux of the discussion. This is a small step towards solving institutionalised inequality at Oxford, which will undoubtedly require more research, funding and collaboration. But in our view, by combining immersive outreach programmes currently offered by the University with integrated support for student-led initiatives and a greater focus on on-campus support, we will be able to collaborate to improve access to Oxford once and for all.