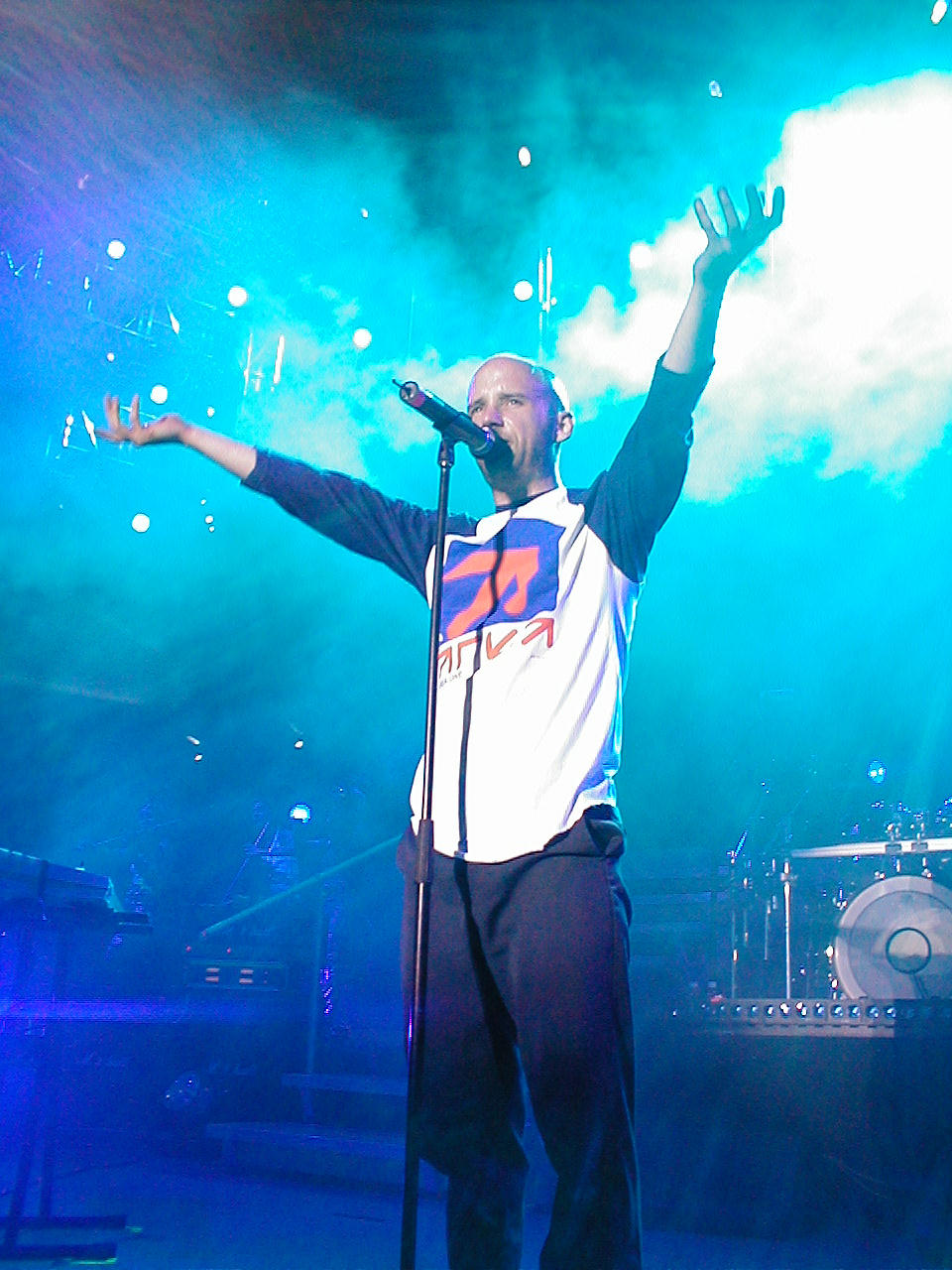 Feeling So Real: An Ode to Moby

Richard Melville Hall is a man of modest means. Even when he gained a huge amount of critical acclaim for Play, his fifth studio album, the New Yorker remained grounded. In a personally memorable episode of the MTV series ‘Cribs’ around 15 years ago, his humble personality and modest abode provided a remarkably refreshing view of celebrity life, albeit one which disappointed the materialist expectations of my brothers.

Beyond his commercial musical career, however, Moby – nicknamed by his parents after Herman’s Melville’s famous whale, and bestowed with the author’s surname due to an apparent ancestral connection – has built up an impressive collection of music used in film, particularly finales. Here is a selection of his finest contributions, but watch out for spoilers ahead:

Wes Craven’s famous horror film had some great tunes, but nothing could have complemented the conclusion more effectively than Moby’s indie track. Shortly after shooting Billy Loomis (Skeet Ulrich), Gale Weathers (Courtney Cox) walks out of the wreckage and gives an impromptu report about the killings. The camera pans out on the crime scene before the shot turns to black.

The five-minute track plays for less than a sixty seconds in the film, but perfectly encapsulates the chilling, uneasy atmosphere of the climax. Taken from Moby’s appropriately-named second album ‘Everything is Wrong’, the track opens with a smooth guitar riff before exploding into an operatic symphony of pathos.

Although Moby was still relatively unknown at this point in his career, ‘First Cool Hive’ signalled a promising artist who would continue to subvert the conventions of the electronic album, combining disco sounds, classical chords and synth ambience.

The five-minute track plays for less than a sixty seconds in the film, but perfectly encapsulates the chilling, uneasy atmosphere of the climax.

God Flowing Over the Face of the Waters (Heat)

But you’d be hard-pushed to find anything more majestic in Moby’s back-catalogue than this masterpiece, which pulses through the final scenes of Micheal Mann’s epic crime drama in over six minutes of musical glory. After a tense chase scene, Vincent Hanna (Al Pacino) finally gets his man, as he shoots Neil McCauley (Robert DeNiro) and shares a final handshake of mutual respect as he dies.

The piano is powerful enough, but the song is brought into Moby’s characteristic orchestral brilliance with the powerful synthesiser and drums. Also, If you want to hear the proper track with all its nuances, it’s best to listen to the version in the film itself, as many YouTube iterations I’ve found don’t capture the same ethereal quality.

Like ‘First Cool Hive’, the track is wordless, and is all the more brilliant for it. While many tunes can be improved with the addition of lyrics, ‘God Flowing’ is one song where the music speaks entirely for itself. Moby regards the track not only as his favourite song in a movie, but also as the best song he’s ever written.

Part of the appeal of both ‘God Flowing’ and ‘First Cool Hive’ comes with repetition. Not just repetition from listening to them over and over again on loop, which I would personally recommend, but also from the instruments themselves. For many artists, the idea of two repeating, incessant piano motifs for over seven minutes in ‘God flowing’ might seem off-putting. Yet Moby moulds these motifs so smoothly behind the grand orchestral flourishes that every component just flows effortlessly in unison. No matter what faith you might have, this tune will immerse you in ambient goodness.

Although ‘Extreme Ways’ is the only song on the list with lyrics, that certainly doesn’t make its impact any less effective. Taken from Moby’s sixth album ’18’, the song plays at the end of every Bourne film (although it steadily loses its effect after the main trilogy).

The second and third times it appears, however, are particularly memorable. The main Bourne Trilogy is full of moments of shocking brilliance that put any Bond movie to shame, but the use of ‘Extreme Ways’ at the end of both ‘Supremacy’ and ‘Ultimatum’ take the ‘zing’ reaction to a whole other level. During a phone call with wanted fugitive Jason Bourne (Matt Damon) in ‘Supremacy’, Pamela Landy (Joan Allen) asks him if he wants to meet her to talk about his identity, only for Bourne to remark that she looks tired, having spied on her the whole time.

‘Ultimatum’ ends with Bourne’s supposed death as Julia Stiles’ Nicky Parsons anxiously watches a news report, only to give a satisfied smile when the reporter notes that no body has been found. The strident violin sound that comes in after both films is surely one of the most effective musical personifications of a wildly exciting cinematic moment in the twenty first century.

After a successful career spanning more than 25 years, Moby is still going strong, having released his ninth album ‘Everything Was Beautiful, and Nothing Hurt’ back in March. It’s not clear what direction he’ll go in next, or what surprises his next record might bring (hopefully more movie collaborations), but whatever those might be, I will stand in line for this.