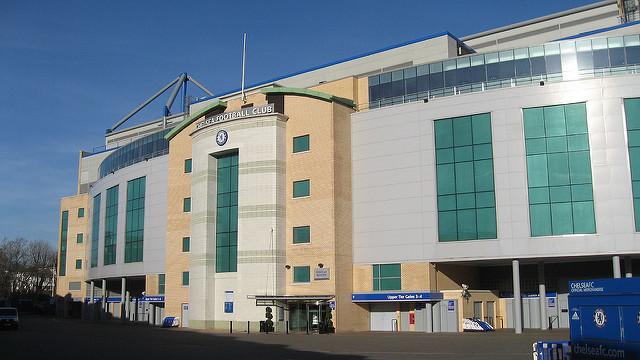 Ever since the final whistle blew in the FA cup two weeks ago, Chelsea’s post-season threatened to bemuse. In perhaps the most muted success since Wigan won the cup but descended to the Championship, Chelsea’s stubborn win at Wembley saw their players alternately celebrating a season saved and confessing it couldn’t plaster over a season full of regrets. Antonio Conte, the manager, presumed to be on his way out, reassured everyone that he didn’t know whether he would stay, but that everything would probably come clear in the next few days.

Fast forward two weeks and the situation can only be described as chaos.

Eager to replace Conte, Chelsea appeared to have settled on Maurizio Sarri of Napoli. This seemed a foregone conclusion when Sarri refused to enter into contract renewal talks, hence canny Napoli chief executive Aurelio De Laurentiis announced the appointment of Carlo Ancellotti instead.

The situation can only be described as chaos.

The problem? Napoli haven’t fired Sarri and were refusing to terminate Sarri’s contract despite hiring another manager. Chelsea refused to fully pay off his 9 million euro release clause, which terminated last Thursday, meaning Napoli are under no obligation to sell at any price. Sarri’s lawyers have started trying to sue Napoli for constructive dismissal, while Chelsea are now said to be exploring a frighteningly wide range of options from out-going Champions League Winner Zinedine Zidane, to Avram Grant.

In the meantime, Chelsea’s long-time owner and uber-rich Russian oligarch Roman Ambramovich had his UK investment Visa delayed. Motivated by the alleged attempted murder of former double agent Sergei Skripal by Russian special forces, the Home-Office have been tightening restrictions on money in the country with ties to Vladimir Putin. Hence Abramovich, a long-time friend and with rumoured financial ties to the Russian Generalissimo, seems to have come under fire.

As one does, Ambramovich responded by relocating to Israel, while Chelsea simultaneously shelved their long planned £1 billion stadium redevelopment for good.

Could it be the ‘unfavourable investment conditions’ the club cited; or is this the hand of Putin striking from across the geo-political chessboard in retaliation for the Home Office clampdown. Or, perhaps, Roman fancies forging a new empire with Maccabi Tel Aviv.

Either way, Chelsea are now facing no stadium, no owner and a manager they don’t want, all while Napoli continue to employ two!

Chipping In: AVB will get by with a little help from his friends