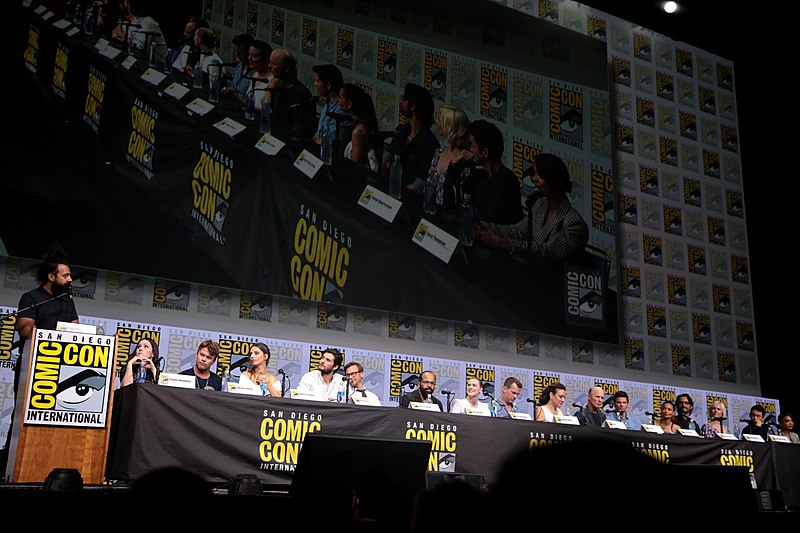 If you thought plots were often confusing in the films of Christopher Nolan, then you won’t get any relief from his younger brother. Preferring the small screen, writers Jonathan Nolan and Lisa Joy deliver a patchy return to the futuristic domain of hosts and humans in the second series of Westworld. If you’re a newcomer to this land, be aware of spoilers.

After the fallout from Season 1’s finale, the hosts are left to try and carve out their own destinies as the real intentions of Ford (Anthony Hopkins) confusingly unfold. These “destinies” are where certain characters start to become hollow. The part played by Dolores (Evan Rachel Wood) in the hosts’ rebellion quickly loses momentum. Determined to wreak vengeance upon the humans who exploited the hosts, her motivations remain relatively one-note. While the trials of a created being to overcome their creators should come across as sympathetic (see Ex Machina, Blade Runner and the updated Battlestar Galactica for a brief lesson in how to do it properly), Wood doesn’t convey any sympathetic drive in her violent actions.

Maeve (Thandie Newton) remains my favourite character, delivering joy, anguish and cunning satisfaction with the briefest of facial expressions. She also bags my highlight episode of the series so far with ‘Akane No Mai’. It would be an injustice to go in-depth about the plot synopsis, but you can expect stellar supporting roles from Rinko Kirachi and Hiroyuki Sanada.

The season’s eighth episode “Kiksuya” provides a welcome respite from the main narrative arc of the series which is Dolores’ journey towards the human world. Finally shedding light on the motives of the mysterious Shadow Nation, Zahn McClarnon as Akecheta, gives a compelling performance during his search for ‘The Door’, the mythical exit to another world that is also the second season’s title. It is these mystical diversions from the familiar Westworld environment that provide the most compelling and poignant character studies.

Unfortunately, these brilliant episodes still can’t bolster a rocky season that has a heavy focus on flashbacks, which frequently seem like a very deliberate attempt to confuse the narrative. This worked in the first season, but the continued reliance on the technique to build intrigue just falls flat. Since flashbacks and the present interweave and we have already seen the revelation of William’s transformation into The Man in Black (Ed Harris) in season one, he has been given very little character development. Harris’s acting presence is undeniably compelling, yet the screenplay doesn’t allow much expansion. Sure, you could argue that a man with a name like The Man in Black doesn’t warrant any progression in behaviour or morals. Yet Harris is too often underused as a mere spectator to the hosts’ changed behaviours.

It is these mystical diversions from the familiar Westworld environment that provide the most compelling and poignant character studies.

The season’s biggest error, however, comes in its approach to character deaths. HBO’s flagship series ‘Game of Thrones’ shocked audiences with major character deaths in every season. The idea that a host’s body and mind can just be fixed by one of the humans, however, denies the audience any sense of tension or excitement. We can gain solace and hope for revenge from a certain Stark’s death in the first season. We can feel heartbroken by the Red Wedding. We can feel this certainty because we know they won’t be resurrected (okay, ignore Lady Stoneheart and a certain Targaryen heir to the throne).

The second season of Westworld is flawed and malfunctioning, but there’s just enough ingenuity in the framework to save it from being a disappointment.