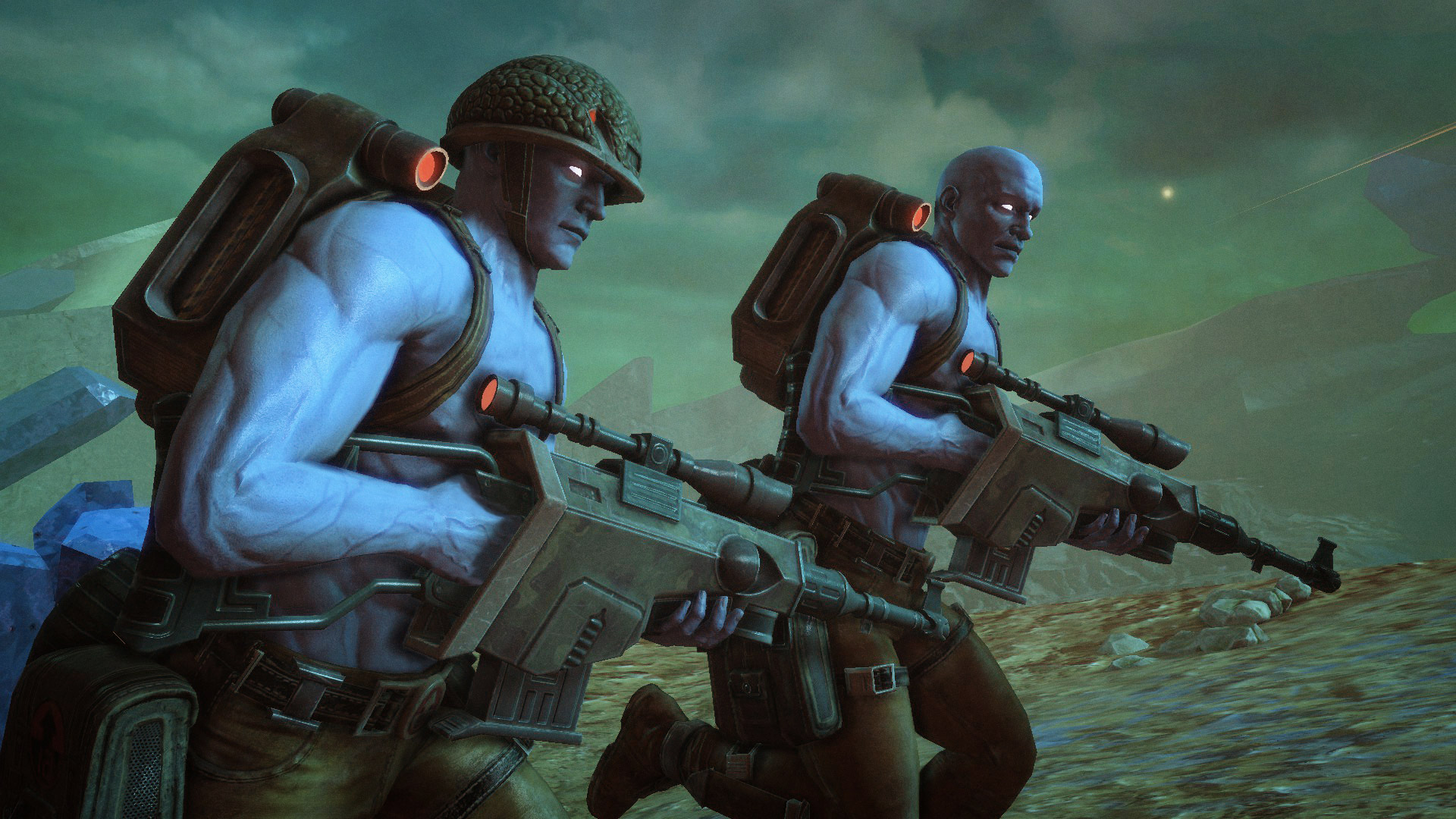 Duncan Jones, the director behind Warcraft and Moon, will be bringing Rogue Trooper, one of the 2000 AD properties of Oxford-based comics publishers Rebellion, to the big screen.

The director sparked intense fan speculation last week by teasing that his next film would be based on a mystery comic book series. In a video posted on Twitter, he mentioned Marvel, DC, Image and Dark Horse as possible sources of inspiration before hinting that instead he might return to his homeland and British comic publishers Rebellion. The last few seconds of the video showed Jones removing his hat to reveal a blue mohawk – the signature hairdo sported by 2000 AD character Tor Cyan, a blue-skinned, genetically engineered super-soldier who finds himself caught in a dystopian war between the Norts and Southers.

Jones has now confirmed that his film will indeed focus on the popular Rogue Trooper series. In a recent press release, he spoke enthusiastically of the chance to move the spotlight away from the titans of the comics industry, and towards some of the smaller properties:

“For years now, I have felt a sting as Marvel and DC have poured out their entire comic roster into film.  Wonderful for their fans, but every new release I silently scream “Where’s all the 2000 AD?!”  I’m so excited to finally be able to right that wrong and bring Finley-Day and Gibbons’ Rogue Trooper, a seminal British spun war yarn, to the big screen.”

While the property is certainly one of the more obscure series out there, Rogue Trooper will not be the first from 2000 AD to make the leap to the big screen – the universe is also home to Judge Dredd who has starred in multiple film adaptations, most recently Dredd in 2012.

No further details on the plot, star or release date of Rogue Trooper have yet been confirmed but the addition of Jones, with his extensive experience in action and science-fiction, is sure to drum up some early interest.