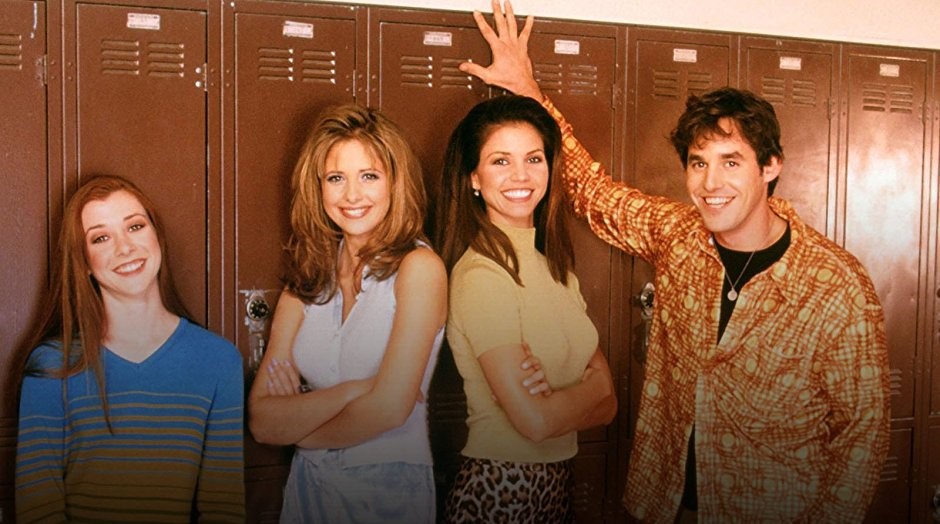 Buffy The Vampire Slayer is back – to mixed reactions

Among the biggest news to come out of the entertainment industry recently is that the latest reboot heading to our screens will be of the much-loved Buffy the Vampire Slayer series. The news was broken by a report from The Hollywood Reporter and, as one might expect, it has since sparked lively debate across the internet. Reactions have ranged from the delighted to the disappointed to the furious. Of course, any attempt to meddle with such a classic of so many childhoods was bound to be divisive but two aspects of this adaptation have been met with particular controversy: first, that the series will cast a black actress as the eponymous Buffy; second, that it will not be a sequel, but a reboot.

This new, more inclusive vision of the legendary vampire slayer is one that many fans would say has been a long time coming. Fantasy series with female leads are rare enough, fantasy series with female leads of colour are near unheard of. A Buffy series is a guaranteed hit and to see the showrunners using that advantage to create a uniquely diverse fantasy series is heartening. Even more so when considering Joss Whedon’s history in that area. Whedon, creator and producer of the original series, has been repeatedly criticised for his attitude towards people of colour – notably in his cult sci-fi series Firefly which, though inspired heavily by Chinese culture, managed to not cast a single Asian lead. Recently his handling of female characters has also come under criticism. Complaints were made over his poor handling of Black Widow’s storyline in Avengers: Age of Ultron; over his almost offensively awful script for a potential Wonder Woman film; and after his wife spoke out about his numerous affairs with younger women – some even on the set of Buffy. Fortunately though, Whedon has apparently listened to fans and although he will be executive producer for the reboot, the role of showrunner will go to Monica Owusu-Breen. With writing credits including Marvel’s Agents of SHIELD and Alias, her attachment to the project should be enough to soothe many of the concerns caused by Whedon’s involvement.

There are many diverse and underappreciated book series out there which would greatly benefit from the increased exposure so why not adapt one of those?

The second fan complaint though is less easily set aside. That Buffy should be a reboot, rather than a same-universe sequel or even (radically) an original show, has caused considerable consternation. There are many diverse and underappreciated book series out there which would greatly benefit from the increased exposure so why not adapt one of those? Some are taking this news as yet more evidence that the Hollywood reboot obsession is getting out of hand. Buffy is only one of many classic series to be getting a re-make, one of many even among late 90s supernatural television – the Charmed reboot will be coming out in October this year. Sequels and reboots are even more prevalent on the big screen where Disney appears to be re-making their entire animated corpus; franchises like the Marvel Cinematic Universe, Fast and Furious, and Transformers look to be never-ending; and we have already had twenty-four reboots or sequels this year alone. Claims abound that originality is being stifled and that this limits the ability of new, more modern and diverse media to get appropriate appreciation. Moreover there is speculation that re-making childhood classics is setting the reboot up to fail, that the nostalgia-tinged standards are simply impossible to reach. I personally loved the 2016 Ghostbusters film (which was marketed as a sequel but would more accurately be called a reboot) but financially it was a flop, doing worse on a higher budget than similar Paul Feig and Melissa McCarthy action-comedies Spy and The Heat – to add insult to injury, it will forever be known as “the female Ghostbusters”.

Perhaps making the film a sequel, or simply an original film about ghost-hunting would have given it the space it needed to make its own mark, its own cultural impact. Showrunner Owusu-Breen has attempted to assuage fears that the new Buffy will fall into the same trap, writing in a statement on Twitter that the original characters “can’t be replicated” and she “wouldn’t try” to do so. This would certainly seem to imply that the series might actually be more sequel than reboot. Buffy is, after all, excellently placed to introduce a more diverse universe of spin-offs and sequels, what with it being canonically established that there were multiple Slayers, among them Jamaican Kendra Young and Sineya, the first Slayer from pre-historic Africa.

At this point and with so little to go off, it’s very hard to tell how the series will play out. Certainly if we must have yet another reboot on our screens a newly-diverse Buffy would be among the best of them – and vampire mythology will no doubt benefit from a cultural shift away from the sexy, sparkly Edward Cullen-types. Even better, it will be fascinating to see how the showrunners adapt a familiar series to fit today’s world: Will Buffy and her friends use Snapchat? Will technology help or hinder her mission? Will we see more radical LGBT+ representation? Whatever happens, the world is very different to what it was in the 90s and our new Slayer will have her work cut out for her.