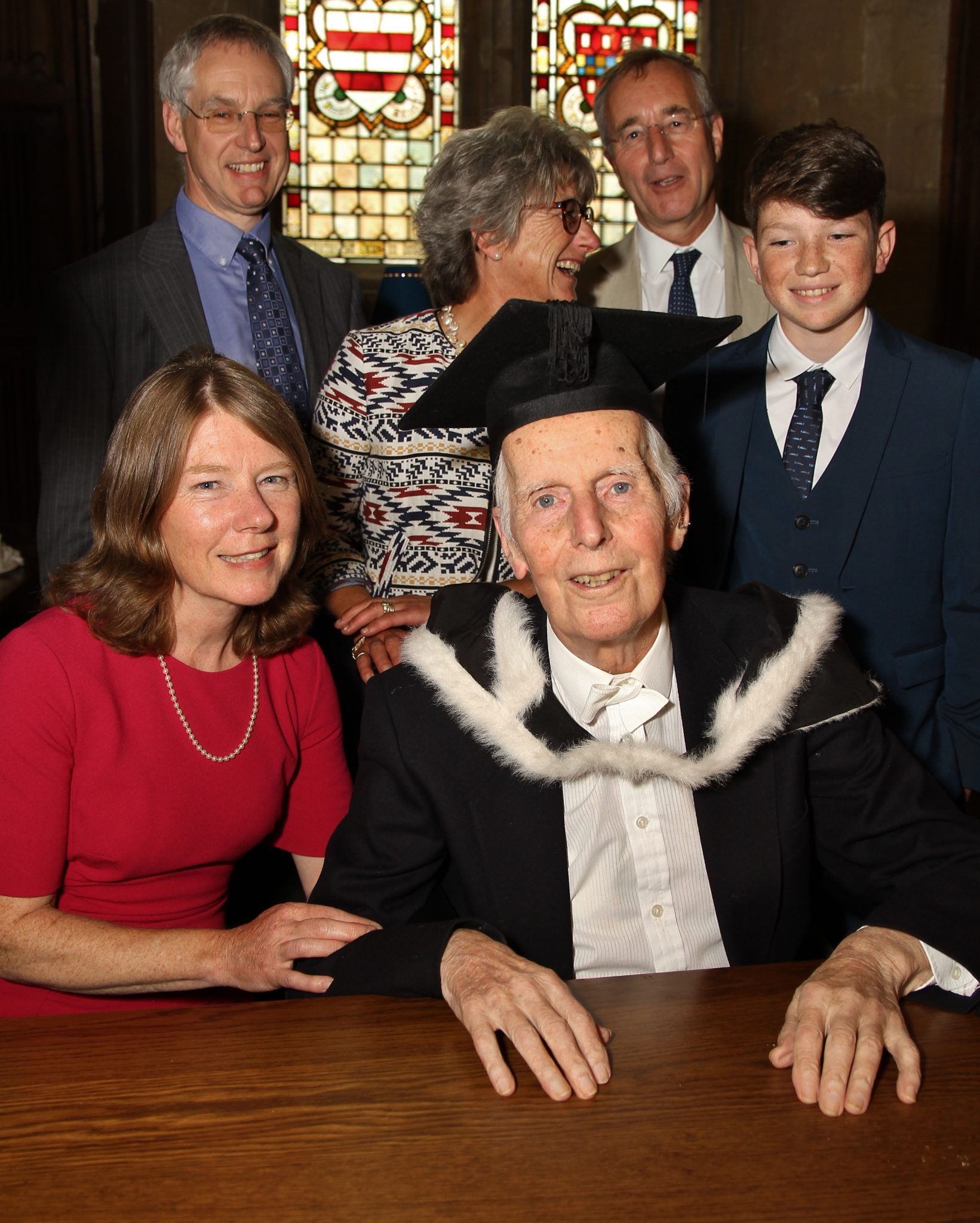 A former member of New College, John Phillip Trower, graduated on Saturday (28th July) at the age of 95.

Born in 1923, he spent four years at Eton before he came up. Mr Trower was an undergraduate in history at the College during WW2, matriculating in January 1941 and later earning his BA.

During war time, degree courses were shortened from three to two years as university teaching staff were called away to wartime service, and the University was occupied by a variety of different institutions.

Many colleges, such as Brasenose, provided accommodation to troops, and plans were drawn up to house the Royal Courts of Justice. Baliol College became home to the Royal Institute of International Affairs, or Chatham House, while Keble College provided a home to MI5. Other Colleges, such as Christ Church and St. Peter’s, took in students from other Oxford Colleges, and from further afield.

Richard Trower and Martin Soldau, his nephews, have organised the much-delayed graduation, which will take place on the same day as many other students of the University graduate. The ceremony took place before many of his family members.