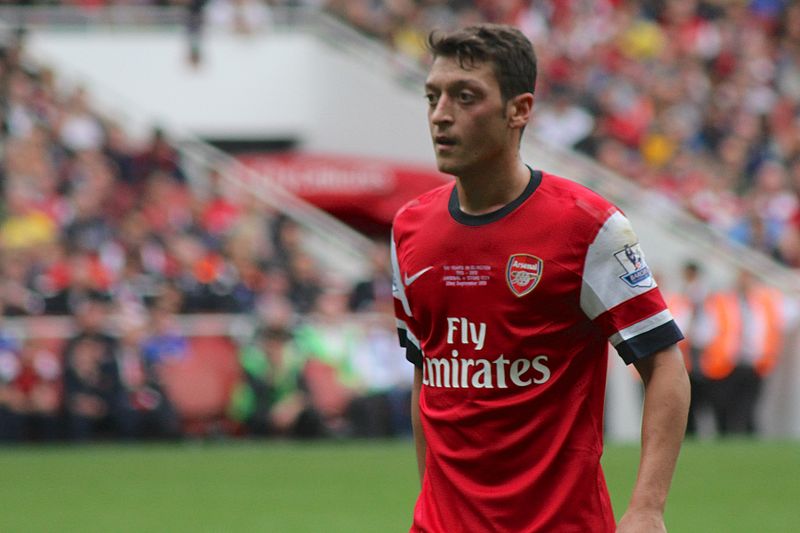 Recently, Mesut Özil announced his retirement from international football at the relatively young age of 29, citing racism as the reason for his decision. I think I can safely say that his decision to quit caught a lot of the football community by surprise. Sure, we thought, there was a racism problem in Eastern European countries, for example in Poland and Russia. Maybe some of the more well-versed on the subject knew about the racist abuse prevalent in the Italian and Spanish games. Yet although being an avid football fan, I must confess I hadn’t heard about racism related to football in Germany.

Before I get into why racist fans target Özil specifically, some context might be needed. The German team has, of late, been extremely multicultural. For example, in the 2010 World Cup, nearly half of the team had at least one parent who did not originate from Germany. This year’s team had only five players born outside of Germany, but included notable children and grandchildren of first-generation immigrants, such as Sami Khedira and Özil himself. In response to this, there was one major racist incident involving the far-right NPD who attacked Patrick Owomoyela, a member of the 2005 Confederations Cup squad, with a pamphlet displaying a German jersey with the caption “White. Not just a shirt-colour! For a truly national team!” The football shirt had Owomoyela’s number, ‘25’, on it. Although any incident of racism is obviously one too many and abhorrent, as a trend racial abuse did not spill into German international football as it did in the club game.

When the German team played well, such as in 2010 and 2014 (when they won the World Cup), there seemed to be mostly praise for the team and its members. Özil was seen as the team’s poster boy, winning the country’s Player of the Year award five times from 2011-2017. Come 2018 and it was a completely different story. Özil was dropped in the second group game and received a large portion of the blame for his team’s failure to reach the round of 16. Uli Hoeness (a respected name in German football) summed up this attitude by calling him ‘shit’ and expressing delight that he has left. Naturally, the far right has also got involved, with one member calling him a “Turkish pig” after a game.

This ties into Özil ’s point in his resignation tweet that “If we win, I’m German. If we lose, I’m an immigrant”.

The reality is that racists were waiting for him to drop the ball and hoping he would fail from the start. Özil represented something that they could not stand, since he embraced his Turkish and Muslim heritage (through posing with the Turkish president Recep Tayyip Erdoğan and reciting Quran prayers whilst the anthem played), instead of renouncing it, as they would have him do. The reality is that as someone who is mixed race, you are always made to choose, with repercussions on both sides if you are seen to favour one side too much. Özil found himself unable to choose, saying he has “two hearts, one German and one Turkish”, a noticeably similar phrase to that Lukas Podolski used in a 2012 interview with a Polish journalist: “there are two hearts beating inside me”.

Despite this, Özil claims that he has received more backlash than Podolski, who he says is “never referred to as German-Polish”. Part of this is political. German relations with Turkey have suffered in recent years due to the imprisonment of a now-released German journalist without trial in the country for a year. There is no such rift with Poland. Özil posing with Erdoğan was a mistake, as it allowed him to be used as a political pawn and legitimised a dictator. Yet no lack of political judgement can ever justify the racist abuse he has recieved.

The absolute hypocrisy displayed by Özil’s detractors is disgusting. Lothar Matthäus, a World Cup winner- just like Özil, but crucially he is not from a recent immigrant background- took photos with repressive Russian president Vladimir Putin without criticism from the same parties that were so quick to attack Özil. The absolute hypocrisy displayed here is disgusting. In ‘Women & Power’, Mary Beard made a point about women that also applies to individuals from ethnic minorities: “it is not just that it is more difficult for women to succeed; they get treated much more harshly if ever they mess up”.

Oliver Bierhoff, the national team director, could have done a better job of protecting his player. When he argued that “you have to consider whether we could have done without him [Özil] in a sporting sense” in an interview after the team’s exit, he set him up to be a scapegoat. Earlier, he claimed that the issue of Özil meeting Erdoğan was resolved, even when whistles directed at him were heard from the crowd in Germany’s last warm-up game for the World Cup.

When Podolski was called lazy by members of the footballing community, Joachim Löw (the national coach) was quick to correct this. But when Özil made mistakes against Mexico, where he was often forced to defend due to the fact that the manager had pushed both central defenders up, Löw dropped him for the next game, saying “there will be corrections, to address the mistakes”. Not his mistakes. After the World Cup, Löw finds himself contracted until 2022, whereas Özil has been forced into retirement.

In footballing terms, Özil receives a lot of abuse for what has often been described as a languid playing style and going missing in big games. Last season, Arsenal finished 7th, whereas Germany won their easy group without losing a game, failed to impress in pre-tournament friendlies and then got knocked out in the group stage of the World Cup. Naturally, these criticisms have become more frequent as his teams struggle.

However, looking at the statistics, Mesut Özil created chances at a faster rate than any other Premier League player and created 7 chances against South Korea, the most of any player in a World Cup game, with the average highest number of key passes a game. In other words, it was the wastefulness of the team’s strikers that have let him down. Besides, to scapegoat Özil for a team’s collective failure is ridiculous.

In response to the second criticism, Özil ’s form with Arsenal in big games has been mixed. At times, he has lit up games with a goal and an assist in a 2015 game against United standing out, along with a last-minute wonder goal against Ludogorets. Yet, in other games, he has failed to impose himself, especially against Chelsea. His record against the big teams up to 2017, the most recent statistics I could find, show a decent return of 12 goal contributions in 27 appearances despite an extremely low win rate (which is not his fault alone). Perhaps Özil has struggled to win games against top teams by himself of late, but then there are very few players who can when the team is not playing well. In national colours, Özil has been able to dominate, playing under a better team. Given the sort of player he is, one who does not often shoot, he thrives off clinical strikers, who up until lately were performing well.

Özil does not fit the mould of the footballer that characters such as Hoeneß would rather he be. To criticise him for last winning “a tackle before the 2014 World Cup” as Uli did is to misunderstand what role the playmaker provides. He prefers to pass rather than to shoot and does not seem to play the game with the passion that others may do. Yet his body language disguises an efficiency which has led him to the top of his game and one that Hoeneß overlooks in his criticism of him.

The tragedy of Mesut Özil is one is of racism, of the fickleness of human nature and of a character who despite trying his hardest to fit into German culture ultimately found himself rejected.

While one might argue that Özil didn’t help by meeting a known dictator, to say that he brought it upon himself is ignorant. Meeting with Erdoğan was merely the spark that lit the explosion of racial bigotry. The sad truth of Özil was that eventually he would always have come under attack, due to the conditional nature of his nationality. As soon as he failed, he became a Turk and fair game for his attackers.

I wish only the best for Özil in the rest of his career. He deserves it after having to go through this ordeal. His words show that that claims that Western Europe has eliminated racism are false and expose the progress made to tackle racism, especially in football, to be illusory.