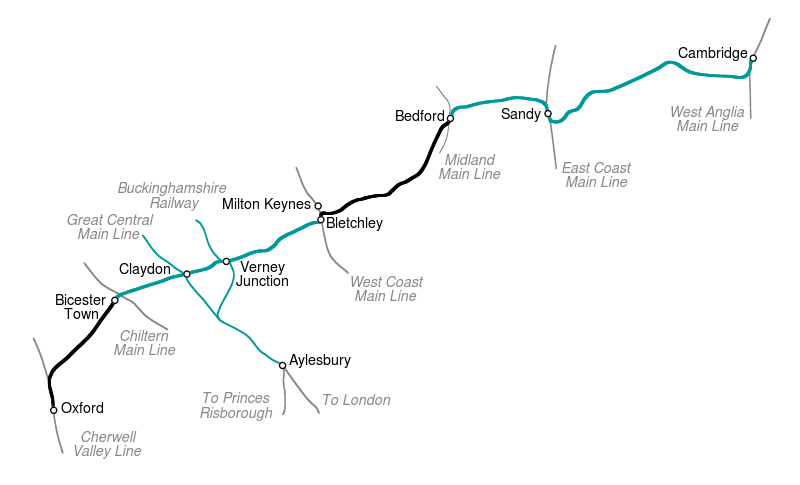 Plans for the next stage of the re-opening of the Oxford to Cambridge Varsity line have been submitted to the Government.

The line, more formally known as the East-West rail scheme, is scheduled to open fully in the mid 2020s, replacing its former incarnation which closed in the 1960s.

The original line was originally constructed in two halves, the Buckinghamshire Railway to Bedford in 1845, and later the Bedford and Cambridge Railway in 1862. These lines were combined to begin direct service in 1922, and after surviving threats of closure, including the infamous Beeching report, the railway was eventually closed in 1968.

This section of the plan involves reopening sections of track between Bicester, currently the furthest station on the old line that can be directly reached from Oxford, and Bletchley, where trains will be able to continue to Bedford.

One section of the track, between Claydon Junction and Bletchley, has been left in situ since its abandonment in 1993, which will require clearance and replacement of the currently rusting rails. The rest will need to be rebuilt from scratch.

Continuation of the line to Cambridge is proving more complicated, with the former railway having been built on in some areas, or incorporated into the movement apparatus for the former Ryle radio telescope.

New journeys that would be enabled by this phase of the project include Oxford to Bedford, Oxford to Milton Keynes, and Milton Keynes to Aylesbury. If approved, construction of this section could begin next year.