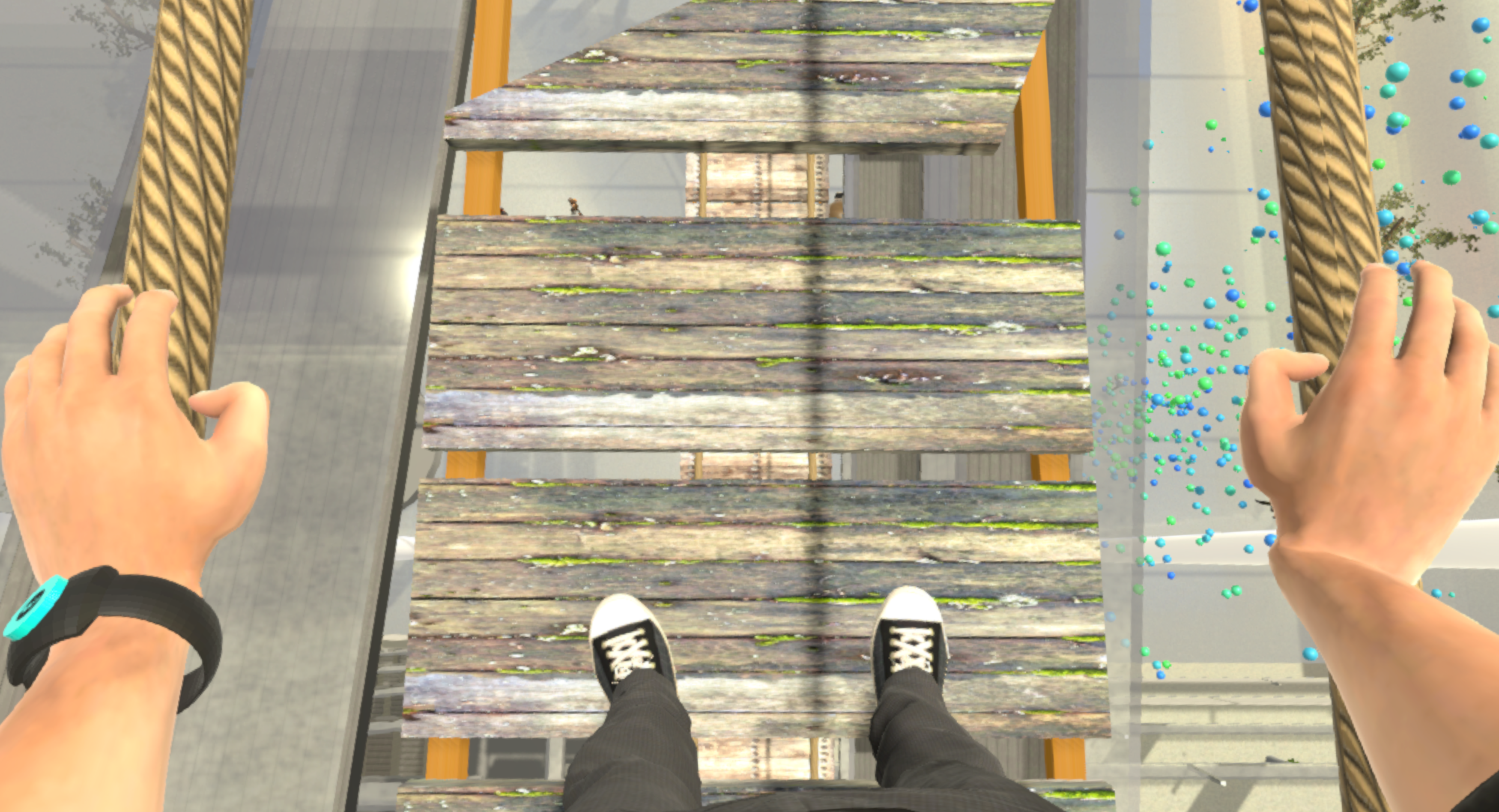 A team in the Department of Psychology at the University of Oxford has used new virtual reality (VR) software that aims to treat phobias.

The study, led by Professor Daniel Freeman and published in The Lancet Psychiatry, used the software, called Now I Can Do Heights, to treat acrophobia (fear of heights) in adults using the HTC Vive headset. Now I Can Do Heights was developed by University spin out company Oxford VR, which aims to use “state-of-the-art technology to produce digital therapies that are effective, evidence-based, and easy to use.”

Previous studies have also made use of VR to treat phobias, one of the earliest being a 1995 study which also investigated acrophobia.

This study sets itself apart by being the first without a human therapist, with subjects interacting with a digital assistant, in a range of scenarios which include crossing an unstable bridge (pictured above), rescuing a cat from a tree, and the most unusual, riding a whale around the building.

Such concepts have previously the preserve of science fiction, such as David, a robot in the film A.I who acts as a replacement for a sick child, or Jobe in The Lawnmower Man, who is subjected to VR software in order to develop his intelligence.

Now, digital technology is increasingly playing a role in therapy and care. The use of VR for treatment has been studied for post-traumatic stress disorder in soldiers, eating disorders, depression and public speaking, among others. Robotics is another developing area, especially in elderly care, with robots like Robear able to carry patients and help them into wheelchairs, while Chapit is able to hold conversations to prevent loneliness.

VR therapy offers advantages over conventional therapy in that it can be set up in a patient’s home, especially important for patients with anxiety or phobias associated with going outside, while it also allows for treatment without needing to expose patients directly to their fears, at least at first.

Initial results are promising, with subjects in the VR group seeing an average reduction in acrophobia by 68%, with this reduction lasting for over a year. The effect is greater than that of equivalent treatment with a therapist.

One subject of the study, Sarah, noted that she is “much less averse to edges, and steps, and heights, and I’m noticing in myself that when I’m doing the VR and out in the real-world I’m able to say hello to the edge instead of bracing against it and backing up. I feel as if I’m making enormous progress.”

Further studies aim to assess how the therapy affects patient outcomes in the long term, and if extending the treatment may provide added benefit. Other uses for VR therapy, as suggested by Professor Freeman, include the treatment of psychosis and addictions.