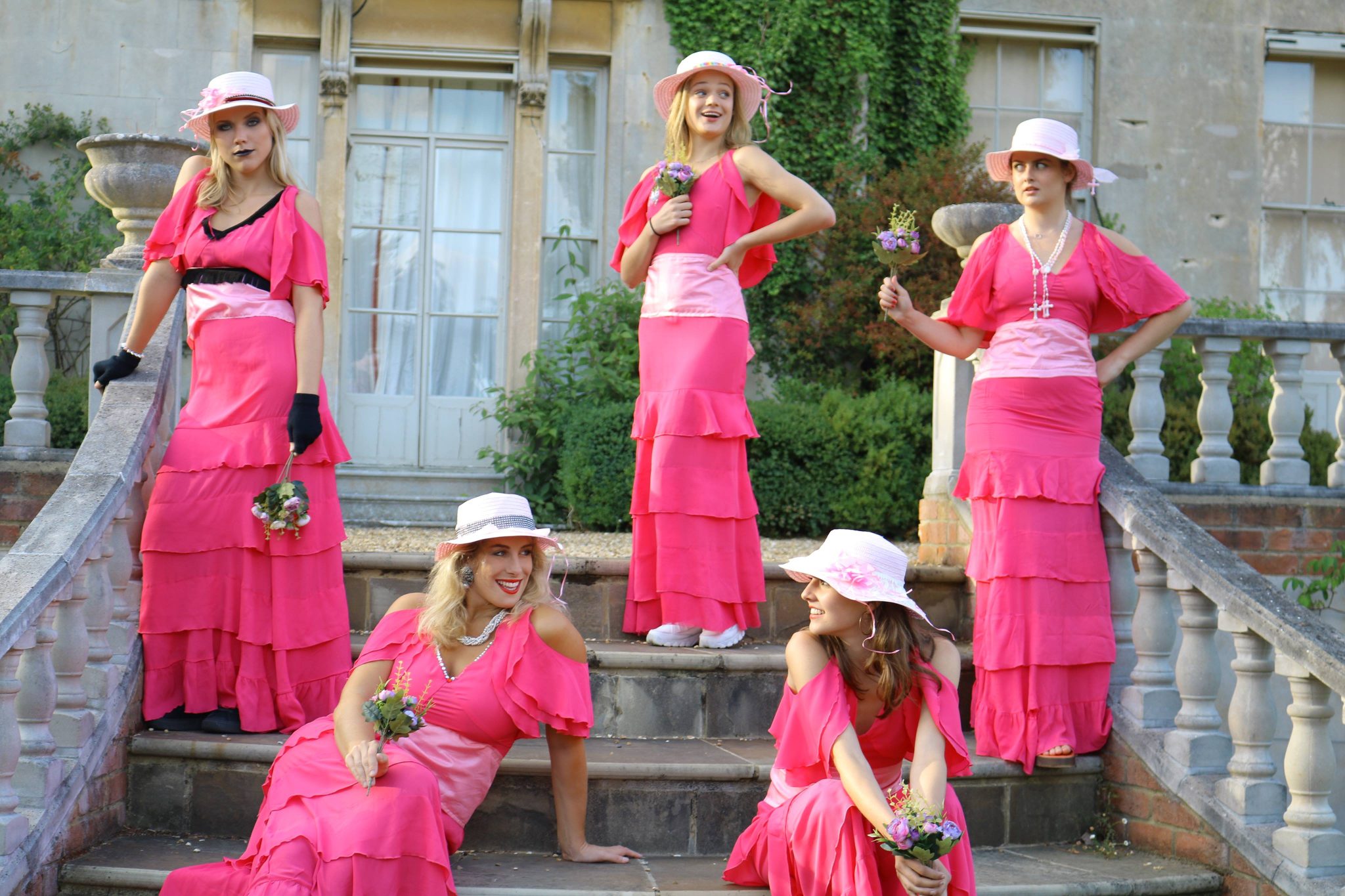 Oxford based Gold Thread Productions took their sell-out show to the world’s biggest festival of arts this summer. Lara Marks, a student at New College, dives deep into the heart of the story, and tells us how their play is giving back to the community.

Five women. Five dresses. 14 shows. Gallons of tears and laughter galore – it’s Five Women Wearing the Same Dress at the Edinburgh Fringe Festival. A play with a two-hour runtime that requires huge attention to detail in terms of set and costume seemed a tall order for the Fringe. However, alongside such a talented group of people it felt to me an important challenge and journey on which to embark. Five Women Wearing the Same Dress has proved a truly rewarding vehicle for us, as a primarily female cast, through which to explore the nuances and depths of different conceptions of womanhood and what it means to be a woman in the 21st century. Through this production we have also been able to support Clean Break, a charity that aims to empower and educate women with experience of the criminal justice system to help change their lives through theatre. As a play that exemplifies the power of theatre to give voice to women and their stories and which tells a tale of empowerment through female solidarity, this seemed to us the perfect fit.

Set in 1993, Knoxville, Tennessee, Five Women Wearing the Same Dress transports us back to a period and a place very different from the modern day Western world we inhabit. The triumph of Alan Ball’s play lies in his creation of a window into this moment in time and the people that occupy it, thereby creating a lens for our own reflection on the state of our contemporary society. As the play unfolds, we watch each woman as she strives for an individual identity in a setting where men create the rules and women are categorised and stereotyped.

The women in this play empower themselves in the way in which they fight against the expectations of their society and the ideals of their time. Whilst their particular rejection of traditional expectations of ‘femininity’ might not seem quite so revolutionary by today’s standards, in the face of 1993 Knoxville their courage becomes evident as they stand up to male hegemony and the conservative values of the town.

As the play unfolds, we watch each woman as she strives for an individual identity in a setting where men create the rules and women are categorised and stereotyped.

This is all the more moving as we witness each woman’s individual attempt to reclaim her sexuality and sexual autonomy in a world where women are essentially still regarded as passive objects for male pleasure. Trisha openly embraces her sexuality, legitimizing her own sexual desire: ‘I definitely believe in sex’, and in this way reclaims a role of activity when it comes to sex, a role that traditionally has been denied to women. We also witness her sexual independence as she refuses to rely on a man: ‘You don’t need a man to have a baby.’ Georgeanne, too, reaches a point of embracing her own pleasure by the end of the play and evolves from passively lusting after Tommy Valentine to declaring, ‘I just want to get drunk, have my way with him, and then leave him stranded on the side of the interstate without any pants.’ Mindy is an ‘out’ lesbian in this very conservative town and thus totally rejects any binary of female passivity in relation to men by taking men out of the equation altogether. Whilst time is spent ogling men such as Tommy Valentine it is the women here doing the ogling, thereby subverting the male gaze as men take on the passive role. Whilst to a modern day audience the time devoted to discussing the actions of men may seem somewhat outdated, it is crucial to bear in mind that in a society where the patriarchy has been internalised and men forcefully take centre stage, it is only natural that this permeate the women’s own narratives as they react and respond to the male-dominated backdrop of their lives and their experiences.

Together these women defy the stereotyping that surrounds traditional constructs of ‘femininity’, as they each explore and assert their individual identities, which crucially turn out to be very different from one another. Mindy loves to eat and mocks society’s obsessive control over women’s bodies: ‘And I think it’s high time women let themselves just be a women for a change, and stopped trying to look like all these anorexic models….there is something desperately wrong with a culture that encourages people to go to such extremes.’ Meredith recoils at her mother’s appeal for her to be ‘lady-like’ and sheds her dress in favour of a t-shirt and boxers. Meanwhile, Trisha embraces her beauty and takes joy and pride in the traditionally ‘feminine’ glamour of her talent for make-up, with Georgeanne also exclaiming, ‘I don’t think there’s anything wrong with wanting to look pretty.’ Frances acts as a foil to the other women with her devout Christianity and thus represents an embodiment of the societal values against which the others rail, but which she has swallowed hook, line and sinker. In this way the play deconstructs the notion that ‘femininity’ or ‘womanhood’ could ever be constrained to one box of ‘feminine’ characteristics.

In a world where forced marriages continue to occur and debates surrounding the implications of marriage are still fierce, these themes are just as topical as ever.

Though a comedy in which character, interaction and the hilarity of the narrative constitute the driving forces of the play, Ball presents and explores a number of deeply significant issues of the period, which remain at the forefront of our society today. First, the play’s narrative surrounding Meredith’s sexual abuse resonates more than ever in the wake of the ‘Me Too’ movement and cases such as that of Harvey Weinstein. Similarly, discussions surrounding marriage are particularly pertinent as we observe in the play a point in history at which marriage is beginning to be called into question. Trisha, Mindy and Meredith all reject this institution standing in direct opposition to Frances, who sincerely believes that ‘God wants you to be married to have a baby.’ Trisha declares, ‘I think any women that chooses marriage in this day and age is out of her fucking mind’, whilst Mindy criticises the patriarchal foundations of the tradition: ‘Look at this whole ritual today. Here’s your sister in this white monstrosity, meant to symbolize that she is un-damaged goods, it’s like a sacrifice!’ In a world where forced marriages continue to occur and debates surrounding the implications of marriage are still fierce, these themes are just as topical as ever.

Ball’s comedy stands at a liminal point in the conflict between tradition and progress and as the play unfolds we watch the women battle the constraints of their time, a battle that has raged throughout history and that continues to be fought by women today. In the intimate and private setting of Meredith Marlowe’s bedroom, we observe five women who are, for once, granted the space to occupy their own personal centre stage in this joyous celebration of the woman’s spirit.