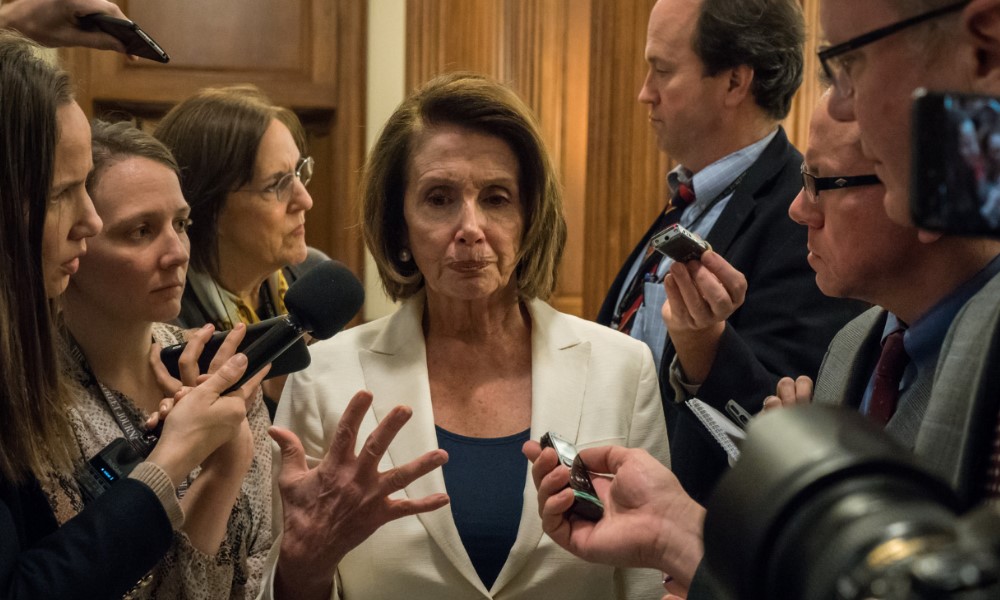 Nancy Pelosi is, to borrow one of President Trump’s phrases, the definition of ‘high energy’. A seasoned fund-raiser and congressional veteran, the House Minority Leader knows just how much she has done for the Democratic Party. Even deep in the enemy territory of a recent Fox news interview, Pelosi was coolly assured of her own abilities. The self-described ‘master legislator’ could declare to her host that “Self-promotion is a terrible thing, but somebody has got to do it”. Too right, considering that sections of her own party now openly call for her resignation. Both ‘progressives’, who view Pelosi as too establishment for their tastes, and moderates who must contend with strongly Republican districts where Pelosi is akin to Satan, have disavowed her to their constituents. Should this, however, move from being an electoral strategy to a genuine threat to her position, the party could risk losing one of its most valuable lawmakers. Her Democratic opponents would do well to remember that they make common cause with Republicans who fear her political nous – and that Pelosi remains central to their prospects of success.

For one thing, money, so central to running successful congressional campaigns, is Pelosi’s speciality. “She’s good at the wealthier folk”, is how Tennessee Democrat Steven Cohen chose to put it. In her sixteen years since her debut as House Majority Leader in 2002, she has raised over $550 million for Democratic causes, while just this year, Pelosi has secured 40% of the Democratic-Congressional Campaign Committee’s war chest, the organisation tasked with funding party members running for Congress’ lower chamber, the House of Representatives. Considering she has another 241 fellow Democrats on Capitol Hill, it would be hard to claim she’s not pulling her weight. Around four years ago, the US went to the polls for its last midterm elections; the better funded candidate in House races won 94% of the time. As distasteful as it may be, spending cash is an almost sure-fire way to victory in such contests. Pelosi knows how to get it.

Her Democratic opponents would do well to remember that they make common cause with Republicans who fear her political nous – and that Pelosi remains central to their prospects of success.

Vitally, Pelosi understands how to operate once that money has secured seats for her party. The passage of Obamacare in 2010, the biggest US healthcare reform for over half a century, remains her crowning achievement, and her determination then has already taken on something of a legendary status. Nine days after a shock defeat for the Democrats in Massachusetts seemed to place the whole endeavour in existential threat, it was Pelosi who stood strong, declaring of the bill, “We will go through the gate. If the gate is closed, we will go over the fence. If the fence is too high, we will pole vault in. If that doesn’t work, we will parachute in. But we are going to get healthcare reform passed.”

She was true to her word. Rejecting the suggestion from fellow Democrat Rahm Emanuel to cut their losses, and simply focus on a hugely diluted bill for children, Pelosi lobbied all 68 wavering Democrats who threatened to vote against the reform, and even tracked down friends of these undecided lawmakers so that they could be bombarded with calls from old acquaintances begging them to pass the legislation. Obamacare, which passed eight years ago by a margin of only seven votes in the House, though damaged, lives on. The number of uninsured Americans has reduced by around 22 million, half what it was before. Over sixty Republican attempts to repeal the act have since failed. ‘Master legislator’ seems less like a boast from Pelosi, than a simple statement of fact.

Criticism of Pelosi from within her own party also fails to note that even should she go, Republicans are very capable of finding a new hate figure. This is, after all, the same political machine that managed to make Hillary Clinton’s email controversy, which resulted in no charges and a slap on the wrist from the FBI, a more pressing issue than its own candidate being an admitted sexual predator, whose character is summed up by the fact he once had his charity spend $20,000 on a six-foot portrait of himself. Take out Pelosi, and someone like Chuck Schumer, the Democrat Senate leader, could serve as the new target of the GOP’s attack ads, an imperious New Yorker whose popularity lingers in recent polls at the same sobering 29% as Pelosi’s does. Nor should restless Democrats even expect much good will towards their leaders in the first place. Big-name politicians are rarely the darlings of the nation, and Republican Senate leader Mitch McConnell has a rating even lower than his opposition peers, at around 24%. Yes, Pelosi is unpopular, but the question of whether there’s anyone who wouldn’t be is worth seriously asking, even leaving aside her long list of achievements. Her peers would do well to focus on unity before the vital November midterms, rather than engaging in intra-party cannibalism.

In 1985, already a Democrat rising star as well as a mother of five, Pelosi reflected on the nature of political contest: “The word ‘campaign’ is a war term. So when you go into a campaign you just prepare to go to war. If you think this is an exercise in civic activity… then you are going to be surprised.” At 77 she has shown no sign of shying from that fight – so who needs ‘young blood’ when you already have the canniest of veterans?