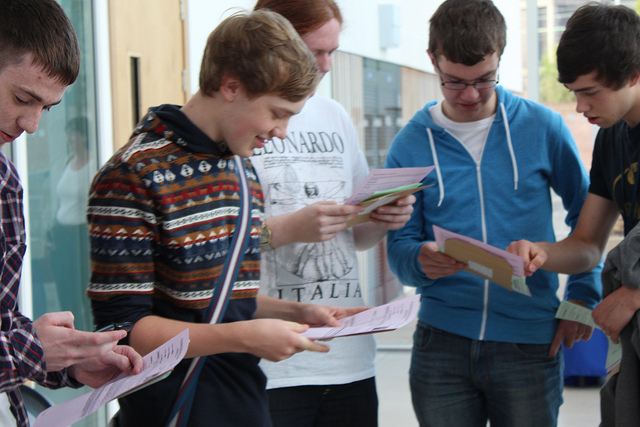 Yesterday’s A-level results saw the proportion of students in England getting C or above fall. However, this year’s students have been awarded the highest proportion of As and A*s since 2012, amid changes toughening the exams in England.

The government’s changes to A-levels has meant that modular AS-level and coursework have largely been stripped out and the new A-levels instead rely on final exam marks to determine grades.

The reduction in the overall pass rate (grades A*-E) was mainly driven by the changes to the exam structure as well as a relatively weaker performance among girls. Boys did outperform girls in terms of top grades for the second year running. The proportion of boys who got A or higher was 26.6%, 0.4 percentage points higher than girls (26.2%).

Among the many students coming to Oxford include Abdullahi Ali, who attended Kensington Aldridge Academy in view of the Grenfell Tower. He told the Evening Standard that coming to Oxford “gives people in the community hope to see us doing so well.” Hongzhou Luan, meanwhile, acheived 7 A*s in subjects ranging from Biology to Further Maths, and will be studying Engineering at the University.

In relation to the popularity of A level subjects, Maths continued to be the most popular, with the number of entries up by 2.5% on last year. Whilst, Modern languages continued their downward trend in popularity, with nearly 8% fewer entries in French, German and Spanish. However, the number of students studying Mandarin shot up, overtaking German as the third most popular foreign language taken by UK students.

The number of students taking university offers has remained relatively stable, however this year’s application round has been beset by controversy of the increasing use of unconditional offers by universities. More than one in five applicants received an offer of a place regardless of their A-level results. This has led to criticism that unconditional offers cause pupils to have less motivation to reach their highest potential grades.

He said: “It is the culmination of a lot of hard work and dedication – from both those receiving their marks and the teachers who’ve been supporting them every step of the way.

“They should rightly feel proud of their achievements.”