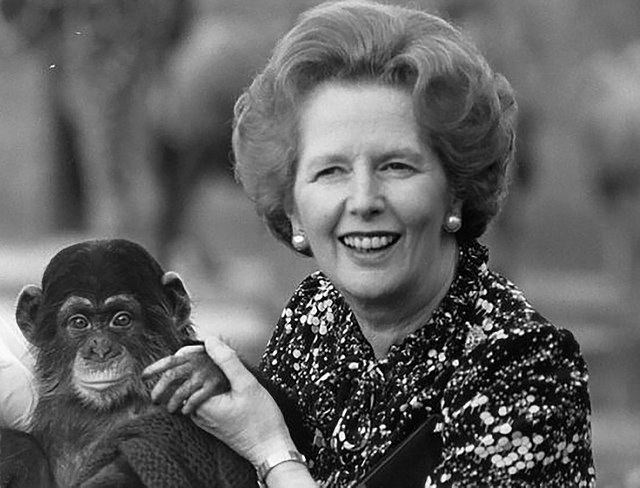 Margaret Thatcher herself has been gracing the stages of the Edinburgh Fringe for a number of years now, but I’ve yet to see her in person. And what a sight it is. It’s hardly the spitting image, but Matt Tedford undeniably manages to capture the essence of the lady – right down to the handbag, sensible suit, and heels.

I’m not sure whether I’m more surprised to see the large number of older people there, or a few in their twenties who sit just as alone as I am. Thatcher is, of course, a household name – whether for good or bad reasons – and everyone is likely to be familiar with at least some of the events discussed. (A ‘milk-snatcher’ gag is effectively thrown in near the start, just to make sure we’re all on the same page).

In hindsight, I feel I should perhaps have read the Wikipedia page on Section 28 before viewing a performance based entirely around the defeat of the bill. On the other hand, I doubt that Thatcher actually went to a gay bar in Soho and subsequently had a change of heart regarding the ‘promotion of homosexuality’ in schools, so a knowledge of political history doesn’t seem a prerequisite here (although it will undoubtedly help – so long as you’re not a purist).

It’s an outlandish, entertaining romp through Tory history and a fantastic character performance. There are a series of shows built around this very portrayal, including a game show I regretted missing last year, and a three-hour club night I was even more sorry escaped me this time round. As such, I’m surprised to see an attempt at narrative at all – perhaps even a little more than I was expecting. This isn’t all-out cabaret, which is probably just as well – Tedford shouts rather than sings, and although there is a sort of bizarre energy you get from hearing the ‘YMCA’ declaimed by the late lady herself, I find some of the shouting over the mic a little hard to handle.

It’s a camp and biting portrayal, certainly, but not quite as vicious as it could be – this Thatcher is undeniably likeable

However, there’s a sense throughout that these people know what they do and do it well. The jokes are well-practiced and executed flawlessly, the ad-libs are in character and build up a rapport with a (rather tired) audience, and the comedic timing is excellent. And the support cast are a delight, perenially adorned with a handlebar moustache and short-shorts, while adopting a number of roles with ease – whether they’re a Scottish chauffeur or a portrait of Churchill with a puppet chin.

The show’s blurb claims that this ‘isn’t one for fans of Thatcher’, presumably to avoid patrons stumbling into more than they bargained for – however, as Tedford curtly reminds us, “I am the hero of this show”. There’s even a pantomime villain, who we’re all encouraged to boo. It’s a camp and biting portrayal, certainly, but not quite as vicious as it could be – this Thatcher is undeniably likeable, perhaps in part because of the play’s alternate-timeline nature, and Tedford has detailed the reasons he ‘reclaimed’ the Thatcher role in a touching article for PinkNews. It certainly plays the risk of alienating both audiences, but somehow it pays off, making it enjoyable for people anywhere on the political spectrum.

If there’s one thing I find myself wanting, it’s that ‘Queen of Soho’ took its cabaret roots and ran with them – I find myself hoping for more songs, more dances, more Maggie shimmying around in a feather boa and sparkly skirt after a Eurovision-style dress reveal. What we the audience get is partly that, but it’s also what I wasn’t expecting – a curiously educational narrative, detailing both what happened and what could have been. What more can you ask from a political drag act?