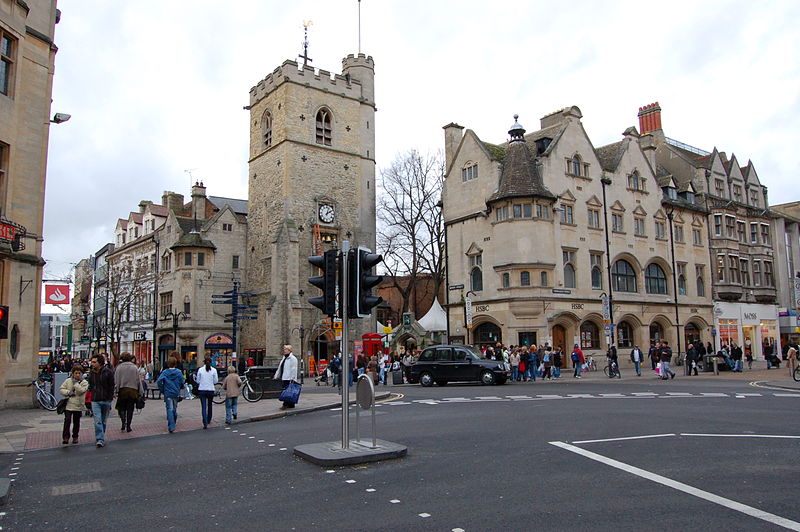 Following an attack on a campaign stall at Carfax last Friday evening, a group of Oxford campaigns have come together to call a ‘We will not be silenced” protest.

The stall was run by a local socialist group who were campaigning against the statements made by the Former Foreign Secretary, Boris Johnson, in which he compared Muslim women who wear the Burqa to “letter boxes” and “bank robbers”.

The campaigners were increasing awareness about the growth in racist attacks on Muslim women following these comments, when they themselves were attacked by two thugs. These thugs attempted to silence the campaigners by trying to kick the stall over, as well as by throwing books on the floor, tearing down newspapers and trying to steal the megaphone. They even shoved and shouted at the campaigners, and told the oncoming public that that the campaigners were “known paedophiles”.

The organisers of the “We will not be silenced” protest believe that this incident “has implications for any group who wants to campaign for progressive change” and have come together to unite against such attacks.

Julie Simmons, who was on the stall at the time said: “Both the men were physically intimidating, including towering over me and shouting in my face; they clearly wanted to prevent us campaigning against racism.  Such behaviour has all the hallmarks of fascism, fuelled by racism, a far-right perspective and a will to use violence and intimidation to shut down views they don’t agree with.”

“It comes in the wake of the violent attack on RMT trade unionists at an anti-fascist protest against Tommy Robinson last month, and the attack on the Bookmarks bookshop by Make Britain Great Again and UKIP supporters.  We sometimes have heated debates with people who disagree with us, but this was something else – an attempt to prevent freedom of speech, and is a worrying development.”

She added: “It is very heartening that other campaigns have responded with solidarity in calling a joint protest against this behaviour.  We have to unite to defend people’s’ right to campaign”

The protest is planned to take place on the 25th August at 11am at Carfax, Oxford.