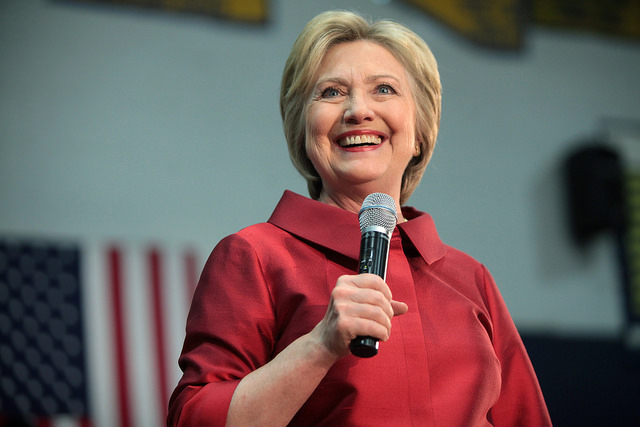 Hillary Clinton, the Democratic Party’s nominee for President of the United States in the 2016 election, will be visiting Oxford in October 2018, The Oxford Student can reveal. The Bonavero Institute, located within Mansfield college, is holding two events to mark the 70t​h​ anniversary of the adoption of the Universal Declaration of Human Rights (UDHR).

Clinton recently gave the Oxford University Romanes lecture in June. The lecture, given in the Sheldonian Theatre, focused on the current state of political engagement across the world.

The first event at the Bonavera Institute is titled​ “An evening celebration of three remarkable women” ​and will include the unveiling of a statue of Eleanor Roosevelt, t​he chairperson of the United Nations committee that drafted the UDHR in 1948, and also a fellow First Lady of the United States alongside Clinton.

Kate O’Regan, Director of the Bonavero Institute of Human Rights, has told The Oxford Student that this event will include “a conversation between Secretary Clinton and Baroness Helena Kennedy QC the former Principal of Mansfield College.”

The second event being held on the 9t​h​ October at the Institute is titled ​“Confronting Illiberalism: the role of the media, civil society and universities”. This conference is being hosted to “​consider the ways in which three key institutions of liberal democracies, the media, civil society and universities are confronting the threat of illiberalism.”

This event will include a keynote address by Secretary Clinton, followed by three panel discussions to explore the forms of illiberalism faced by each of the three institutions. The panellists will include Timothy Garton Ash, the historian and journalist, John Sexton, President of New York University and the Louise Richardson, the Vice-Chancellor of the University of Oxford.

The attendance for both of these events are by invitation only.