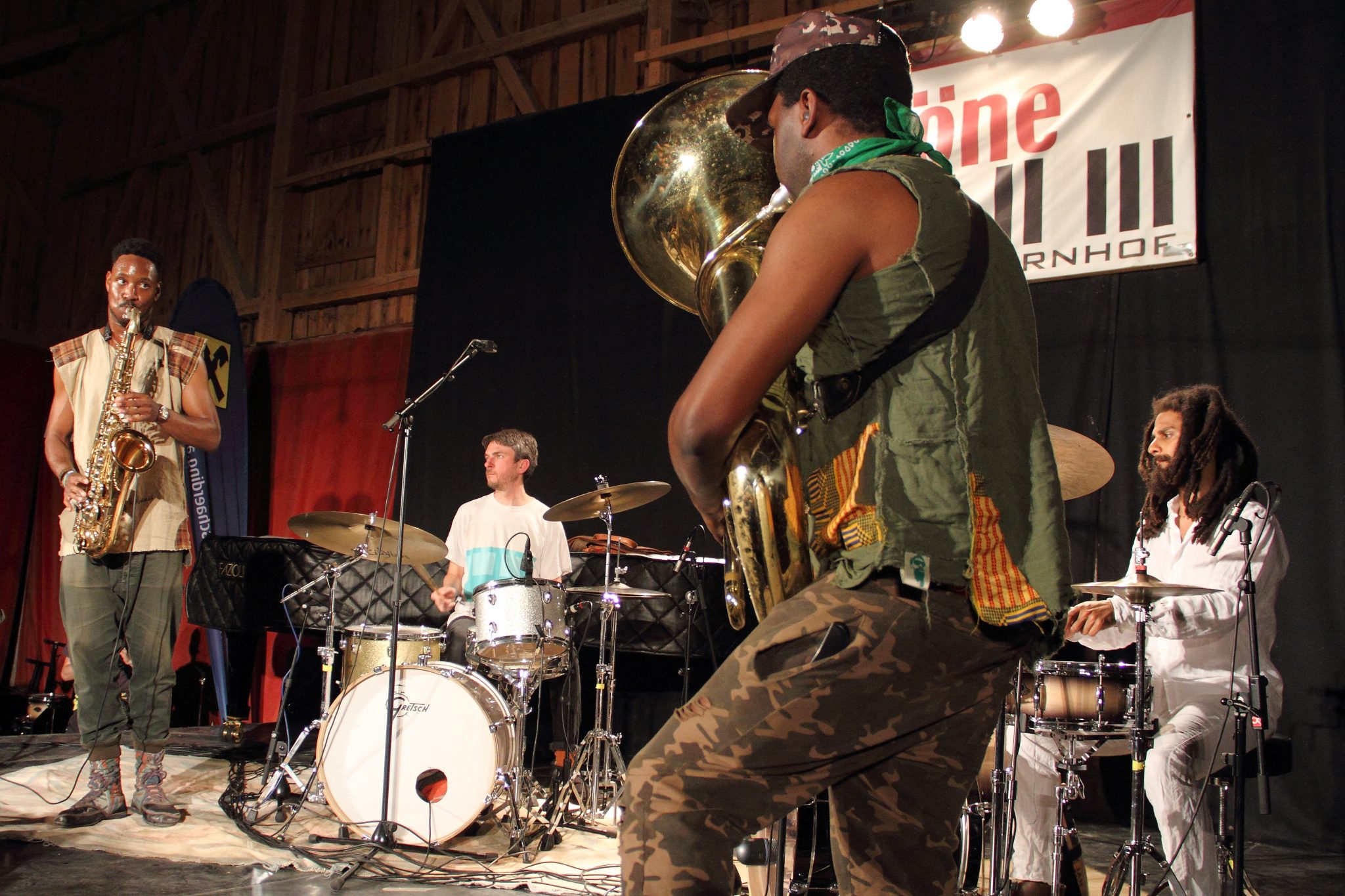 The 2018 Mercury Prize nominations overrepresent the stars, overlook the talented and oversee a somewhat tame and formulaic list of nominees.

It’s time to wave goodbye to the mainstream music awards and welcome back the annual best-of-British bash. The winner of the prestigious Mercury Prize 2018 is to be announced in just a matter of days. Come 20th September the highly-anticipated winner will be announced as West London showcases its finest attempt at glitz and glamour.

What distinguishes the Mercury Prize from its mainstream rivals is that it is open to all genres, from pop to punk, classical to country. Past winners have seen their careers completely transformed with near-overnight success and rocketing album sales. Take the album Overgrown by experimental electronic producer James Blake, who experienced a colossal 2,500% increase in Amazon album sales in the immediate aftermath of his 2013 Mercury Prize win.

The shortlist of twelve albums was selected by a panel that includes the likes of broadcaster and DJ MistaJam, singers Ella Eyre and Marcus Mumford, and music critic Will Hodgkinson (The Times). Casting aside any raised eyebrows surrounding a singer such as Ella Eyre’s degree of expertise, the panel’s choices this year represent an almost-exciting selection of music. This year’s nominations are:

Arctic Monkeys – Tranquillity Base Hotel & Casino
Everything Everything – A Fever Dream
Everything Is Recorded – Everything is Recorded
Florence and the Machine – High as Hope
Jorja Smith – Lost & Found
King Krule – The Ooz
Lily Allen – No Shame
Nadine Shah – Holiday Destination
Noel Gallagher’s High Flying Birds – Who Built The Moon?
Novelist – Novelist Guy
Sons of Kemet – Your Queen Is A Reptile
Wolf Alice – Visions Of A Life

The prize has historically celebrated the colour and vitality of underground British music, with nominations generally boasting an impressive breadth of musical diversity. Started in the early 90s, the prize still feels fresh and exciting as do some of this year’s nominees.

Dubbed ‘the Poster Boy of Grime’, Novelist’s debut Novelist Guy is politically charged and at just 21 years of age showcases huge potential. It is a fiery and energetic album that nevertheless retains a sophisticated sense of control throughout.

Jorja Smith, also just 21, has already accomplished what many aspiring singers can only dream of. With a musical CV already boasting a Brit award and collaborations with Stormzy and Drake, the buzz around Smith is electric. However, with her debut album Lost & Found receiving somewhat mixed reviews, it’s hard to envisage her walking away with the Mercury Prize come September 20th. For both Novelist and Jorja, a nod from this year’s panel is perhaps more a polite recognition of their up-and-coming status than a praise of their musical accomplishment.

King Krule’s The Ooz was a more surprising nomination, but nonetheless well deserved. The depth of musical ambivalence, taken further in this album than in his previous two, is far from an easy listen. But amidst its haziness, The Ooz somehow finds a striking balance between weightlessness and creative density. It is liminal, genre-defying and boundary-breaking, epitomising all that the Mercury Prize strives to represent.

Placed as far away from King Krule as is possibly fathomable on the musical spectrum, one may unfortunately stumble across Lily Allen’s gentle electro-pop album No Shame. Whilst the musical content is safe and light, Allen’s lyrics are brutal and highly self-critical. The musical crossroad where heavy lyricism meets simplistic accompaniment is as uncomfortable as it is imbalanced. No Shame’s most memorable feature is Allen’s ability to highlight her own monotonous and seemingly perpetual whinges. The album’s imperfections are far from compelling, and it will certainly be ‘no shame’ (or surprise) if Allen walks away from the Mercury Prize empty handed.

One of the year’s most highly anticipated albums, Tranquillity Base Hotel & Casino, is by no means a surprise addition to the nominations list. The 2006 Mercury Prize winners Arctic Monkeys are now the second most-nominated act in the prize’s 26-year history. Their latest album demonstrates a rather striking change in musical direction. Whilst some might praise it as an intelligent and intriguing album, to me it seems overwhelmingly pretentious, moody and introspective. Similarly unsurprising nominations are Florence and the Machine’s High as Hope and Noel Gallagher’s High Flying Birds. Both albums were well-reviewed and stylistically consistent with their previous work, however neither were stellar, unforgettable masterpieces. It is difficult to avoid feeling that both are rather safe nomination choices. It will come as no surprise if Florence, Gallagher or AM scoop this year’s prize, which would not only be a huge shame but more crucially a disservice to what the prize stands for. The annual inclusion of some of the biggest names in alt-rock seems to be becoming formulaic in the Mercury Prize’s nominations, whilst invariably it is the more nuanced, thoughtful selection of lesser-known artists at the crux of their careers that is far more colourful.

At this point it is worth mentioning several of the albums that were overlooked this year. Take for instance Jon Hopkin’s pulsating album Singularity, released in May. The seamless 62-minute album is jam-packed with imaginative musical intricacies and succeeds in disproving the false generalisation that techno is devoid of musical substance. It seems a double-blow for the Mercury Prize to have overlooked Singularity, due to both its strength as an album and the fact that electronic music is almost entirely absent from this year’s shortlist.

Similarly, Tom Misch’s stellar debut Geography would have been an excellent addition to the selection. Misch’s funk-tinged instrumentals, sultry vocals and shimmery riffs create an irresistible album –a stylistically coherent and impressively lucid 13-track debut. The Mercury Prize has often been scrutinized for the annual recurrence of a tokenistic jazz album nomination. A light jazz-fusion album such as Geography winning the prize would certainly help to dispel this myth and disrupt the currently-inescapable ‘token jazz nomination’ cycle.

But why should jazz have to be recast, fused, or diluted in order to stand a chance of winning the prestigious award? Filling this year’s notorious jazz slot are London-based group Sons of Kemet with Your Queen Is A Reptile. If the prize were to be judged on musical credibility alone, the album’s astounding harmonic language and colour would prove it a strong contender for the prize. The richness of source material and intricate interplay between players fills the album with vitality and excitement as it celebrates powerful black women overlooked by history. Now is as good a time as ever to celebrate the powerful jazz artists who are pioneering an exciting resurgence in the British jazz scene, and a win for Sons of Kemet would be both fitting and incredibly exciting.

The colour and vibrancy of much of British music today is far too often overlooked by the Mercury Prize as it seeks to please the masses, rather than provoke controversy or spark discussion. What is needed now more than ever is for the Mercury Prize to divert its attention away from the unsurprising and the disappointingly mainstream, and rather support the uniqueness of alternative British artists.

The 2018 Mercury Prize takes place on Thursday 20th September at the Hammersmith Apollo.