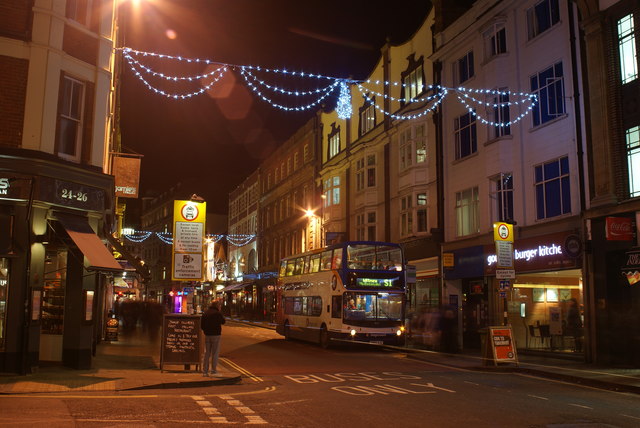 A gang of 10 young people, all male, are said to have chased a 17-year old boy down George Street before violently assaulting him and taking his debit card.

The 17-year old was taken to hospital where it was found he required treatment due to injuries sustained to his head, arms and hands.

Investigating officer PC Lydia Parker, of Cowley police station, said: “We are appealing for anyone who may have been in or around the area and saw this incident.

“This was a frightening experience for the victim, who needed hospital treatment for his injuries.”

Following the incident one 15 year old boy was taken into custody on suspicion of robbery, however he was later released under investigation.

This incident followed just a number of days after another assault took place near St. Clements Street, where a black man was reported punching a 35-year old man to the head causing him to lose consciousness and fall to the ground. The offender then kicked and stamped on the victim’s head.

The victim sustained jaw and head injuries and was taken to the John Radcliffe Hospital in Oxford according to Thames Valley Police reports.

According to official statistics, Oxford is above average for the number of violent crimes committed in the city when comparing it with other areas covered by Thames Valley Police.

Lincoln says no, but the Sun also rises at Christ Church

OUSU to throw the book at exam regulations