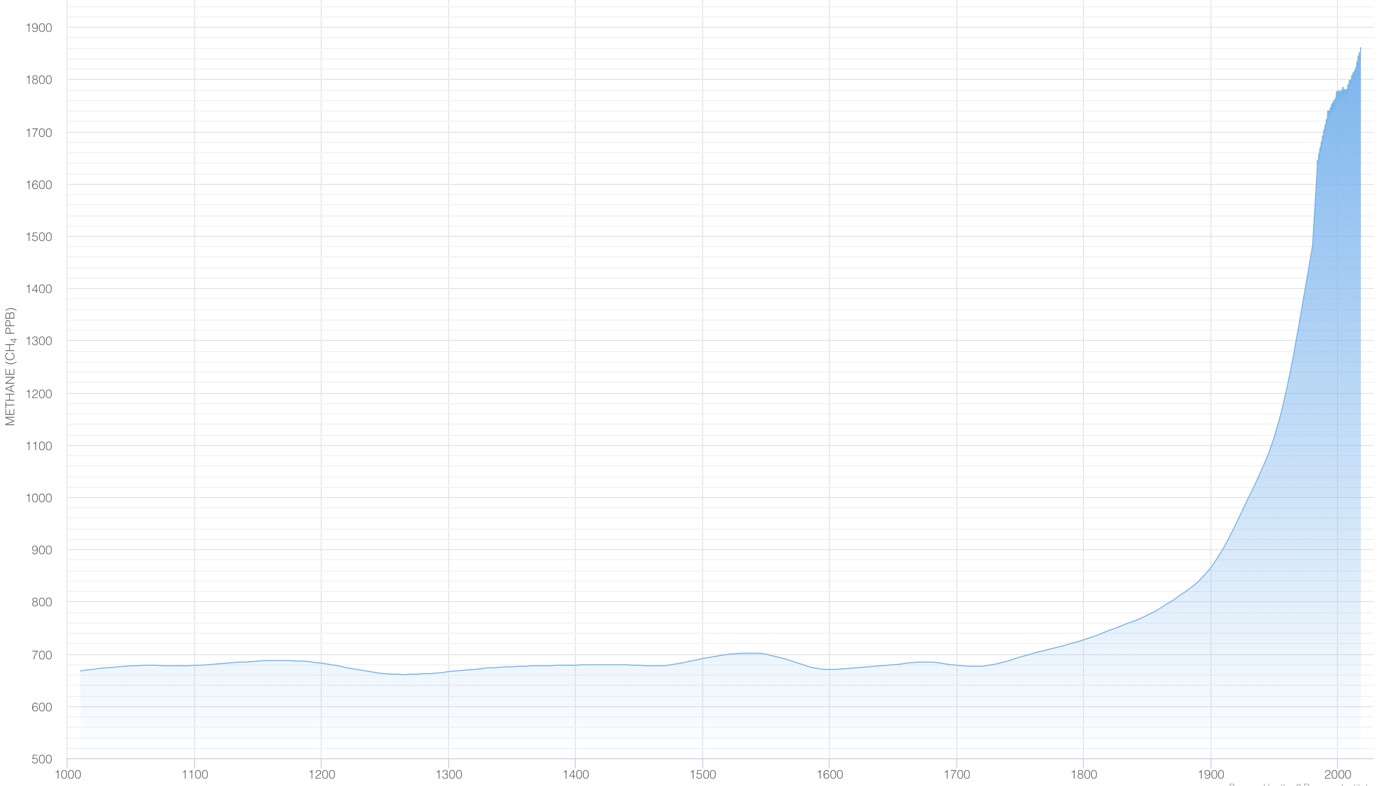 Since the target to limit global temperature rise to 2 degrees Celsius was set in the Paris Climate agreement, those in politics have focused their attention on the notorious and vilified CO2. But what about Methane?

Whilst a shorter residence time may sound promising, figure 1 illustrates how the concentration of methane has changed in the atmosphere over the past 1000 years. Pre-industrial times saw concentrations of 770 parts per billion (ppb) compared with ~1850 ppb in present day. Clearly methane’s shorter residence time is not enough to offset the sheer amount we are pumping into our atmosphere. The tendency to quote the 100-year potency over that of the 20-year potency also works to skew our opinion on its warming potential.

The methane problem also has no obvious easy fix. There is no real dominant cause and there are a number of sources including agriculture (both farm animals and rice paddy fields), forest fires and wetlands to name a few. What’s more, methane is one of the least regulated anthropogenically emitted greenhouse gases.

If we truly intend to meet the targets in the Paris agreement, then we better start paying more attention to methane. As the world warms and more methane is released due to the melting of the permafrost and other such positive feedbacks (processes caused by warming which in turn contribute to yet more warming), this issue will become even more prevalent.

Yet, there is another area, the usual scapegoat, in which regulations and policy must be implemented; the oil and gas industry. Poor practice in oil and gas operations leads to a whopping 76 million tonnes of methane released into the atmosphere by leaks alone! To put that in perspective, the U.K emitted 52 million tonnes in total in 2015.

So where do we go from here? Well, Canada recently committed to reducing methane emissions by up to 45% by 2025. Whilst this is a step in the right direction to reduce methane emissions, other large emitters such as the US must follow suit.