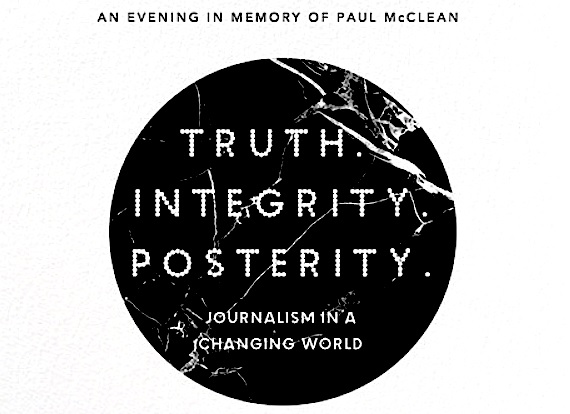 Lady Margaret Hall is to host an event celebrating the life of a former Oxford student and journalist.

Paul McClean studied French at LMH before graduating in 2015. He was heavily involved within student journalism during his time at the University, including writing for The Oxford Student. After graduating with a first-class degree, he then became a reporter for The Financial Times.

He died in Sri Lanka on the 14th September of last year, a post mortem finding he had drowned after being bitten by an animal, reported by witnesses to be a crocodile. He was described in a tribute by his employer as “a talented, energetic and dedicated young journalist”, while LMH remembered him as a “brilliant student”.

In order to commemorate the anniversary of his death and celebrate his achievements, LMH will host a panel discussion and drinks reception in his honour, entitled “Truth. Integrity. Posterity: Journalism in a changing world”. It will be hosted by Alan Rusbridger, himself a journalist and former Editor of The Guardian, and feature participants from ITV News, The Economist and Buzzfeed among others.

As stated in an email to The Oxford Student, the event aims to “encourage Oxford undergrads to follow in Paul’s footsteps and pursue a career in journalism.” Alice Parker, one of the organisers, said that:

“Journalism can sometimes feel like an inaccessible career option, and at Oxford it is certainly much less commonplace than master degrees, law pupillages and finance grad schemes. We want to put on an event that makes it all feel a bit more manageable – and something that Paul would have liked to attend during his time at Lady Margaret Hall.”

“Whilst we were at Oxford, Paul was one of the lucky few who felt a real sense of vocation: for most students, the range of options sometimes feels narrow. We want to give people the opportunity to discover and be inspired by journalism in the same way that Paul was – to show them that it’s a very real, challenging and enormously rewarding career option.”

The event will be held at 5pm on Tuesday 30th October at LMH, with tickets and drinks free for all Oxford students.