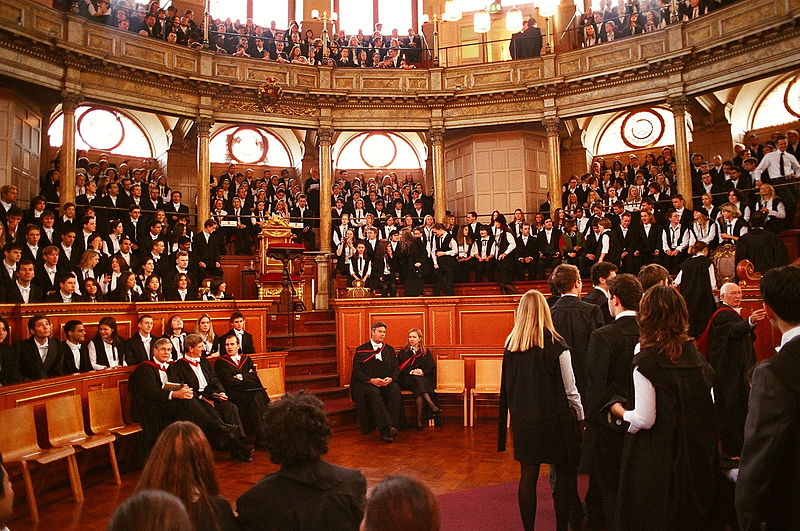 Oxford University admitted more female undergraduates than males for the first time ever this year, the Vice-Chancellor has said.

Professor Louise Richardson, herself the first female Vice-Chancellor of the University, said this as part of this year’s Vice-Chancellor’s Oration, in a speech focusing on increasing access to Oxford, equal opportunities and mitigating the impacts of Brexit, among other topics. The oration is delivered annually in Convocation House and until 1929, in Latin.

The education of Women in Oxford dates back to 1879, when both Somerville and Lady Margaret Hall were founded as halls. At first, women were not permitted to matriculate as members of the University, and hence could not gain degrees. This was changed after the introduction of women’s suffrage, leading to the first female graduates of the University in 1920, in which time two other halls, St Hugh’s and St Hilda’s, had been opened. St Anne’s, the final female-only hall, was founded in 1952. They all became full colleges in 1959.

In 1974, other, previously all-male Colleges, began to admit women. These include Brasenose, Hertford, Jesus, St Catherine’s and Wadham. More Colleges gradually became comprehensive, until 2008, when St Hilda’s became the last by admitting men. St Benet’s Hall became the final PPH to admit both sexes in 2016.

This number may be set to increase, with the University planning to create at least one new graduate College as part of a commitment to build 1,000 new rooms for those continuing study beyond a bachelor’s degree.

Further plans include increasing the number of graduate scholarships to 1,300 from 1,000, while 2,000 new funded internships will be set up for all students of the University.

The full transcript of the speech may be found here.