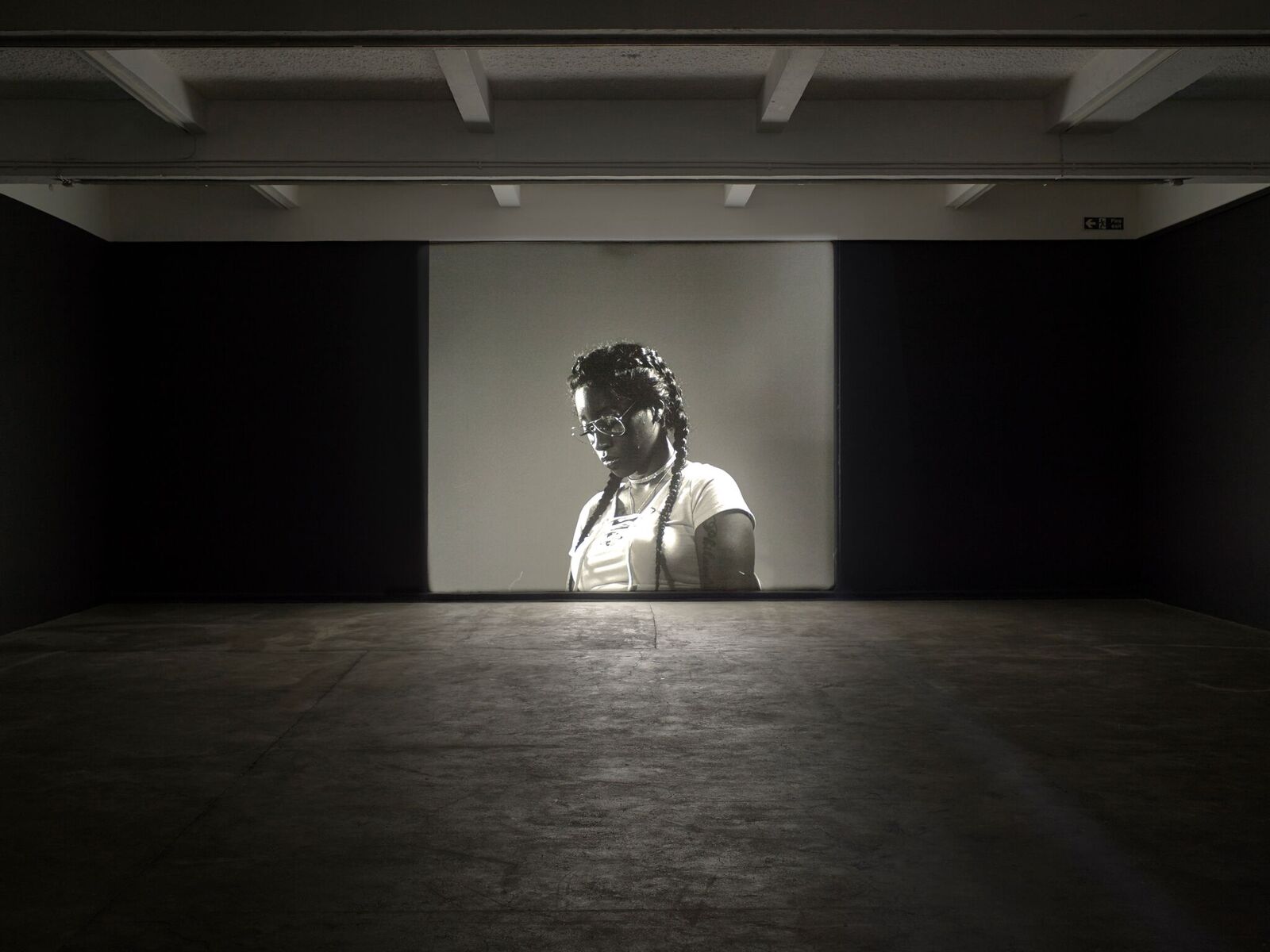 The Turner Prize is back for its 34th year and as ever, the work of this year’s nominees has been the subject of decidedly mixed reviews. The prize, voted for by a jury, is awarded to any artist born or working in Britain for an outstanding exhibition they have presented in the preceding year. The four artists nominated this year are Forensic Architecture, Naeem Mohaiemen, Charlotte Prodger and Luke Willis Thompson. The Turner Prize often seeks to show work that challenges the notion of what art is, and this year is no exception. All four artists use film as a basis for their work, some crossing into the realm of documentary and activism, meaning this is one of the most divisive and political line-ups yet.

The Prize’s relevance has been continually under debate. In past years, the round-up of artists have been criticised as being overly sensationalist and wound up in the insular circle of the art-elite, creating work not applicable to the outside world. This year’s nominees challenge this idea. Tate Britain director, Alex Farquharson, described the shortlist as ‘tackling the most pressing political and humanitarian issues of today’. Each of the works on show has an intensely political edge, discussing concerns such as police brutality, governmental regimes, queer identity and human rights violations.

Having never visited the Turner Prize in the flesh before (I usually opt to watch the awards show and exhibition walkthrough on the telly instead), I wasn’t sure what to expect. Upon first entering, visitors are welcomed by a large, light lobby with sofas and a table of reading materials chosen by the artists. Off from this are four cave-like entrances, leading to each of the four exhibits. This room, with its somewhat corporate grey sofas, could be accused – along with the rest of the show – of feeling a bit staid, but I rather liked it. It was a necessary breathing space and felt like a centrally uniting cord between the works.

Straight ahead, Forensic Architecture’s exhibit was the first I entered. The group, artist or activist – you decide – is a collective of architects, archaeologists, journalists, lawyers, film-makers and scientists who specialise in investigating human rights abuses. Their work, which operates between disciplines, uses innovative new technologies such as combining 3D virtual modelling and ‘guerilla’ style camera footage to reconstruct events. The piece on show is called The Long Duration of a Split Second. This work, immersive and absorbing, is presented as a video alongside a timeline of events. It examines a conflict that took place in January 2017, when Israeli police tried to demolish a Bedouin village. A clash ensued in which a civilian and a police officer died. The results of Forensic Architecture’s investigation actually managed to influence the official state narrative – changing it from the civilian being positioned as the one at fault, to the police potentially being the ones accountable. It is thought-provoking work – one of the most affecting pieces in the show – and sparks an interesting debate as to how the placement of this work in a gallery changes its meaning. Does placing a violent conflict in a gallery like this aestheticize it?

Next up, I visited Charlotte Prodger’s exhibit – a video entitled BRIDGIT (2016). I was lucky enough to have seen this work before and enjoyed seeing it a second time. Her piece, a highly autobiographical work, consists of video excerpts shot entirely on her iPhone camera, such as clips of her cat and scenery from her hometown in Scotland. The nature of the handheld photography means that Prodger’s shaking hand, breathing, and, subsequently, her presence is felt throughout. This is overlain with a lyrical narrative of diary-like content read out by her friends and herself. The most intimate and poetic work on show, it examines queer identity and how landscapes, which are often considered grand and impenetrable, are also distinct and individual. Her work could be criticised as self-indulgent, but I found that its personal nature made it far more relatable than some of the other exhibits.

By far the longest and most time-consuming exhibit to view is that of Naeem Mohaiemen. His work consisted of a concertina book and two feature length films, called Two Meetings and a Funeral (2017) and Tripoli Cancelled (2017). Watching both of these films would be a big commitment, taking over three hours in all. This seems more than a bit demanding to expect of the regular viewing public, a decision from the Tate that surprises me (in comparison, the rest of the exhibits take around 30 minutes each to view). However, his work, though long, is worth a watch if you can give up the time. In Two Meetings and a Funeral, a non-fiction, documentary style film, Mohaiemen presents clips from the 1973 summit of the Non-Aligned Movement (NAM) and the later 1974 meeting of the Organisation of Islamic Countries (OIC). We see numerous world leaders, such as a young Fidel Castro, making speeches against ideals of imperialist and colonialist nations. It addresses the theme of the erosion of hope of political utopias, as the leaders of these left-wing, third world countries turn to totalitarian regimes. Tripoli Cancelled on the other hand, is an absurdist fiction, following a man who has lived in an abandoned airport for the last nine years. This work is the most light-hearted of the exhibits on show and adds a bit of humour where elsewhere there is none. The film is loosely based on the real-life story of Mohaimen’s father who was stranded in Ellinikon Airport in Athens for nine days, after losing his passport and being unable to travel. Although his works are engaging, in my opinion, Mohaimen’s films placed together seem too long and demanding for the Turner Prize.

Lastly is the work of Luke Willis Thompson. For the show, Thompson presents three videos in which he uses 35mm film to construct striking, painterly portraits of his subjects. His most famous work, Autoportrait (2017), features Diamond Reynolds, the American woman who became famous after she filmed and broadcasted her boyfriend Philando Castile being shot dead by Minnesotan police on Facebook Live. Thompson’s film harks back to the 1920s silent era stars and shows a silent Reynolds singing to herself, her portrait looming large and Madonna-esque on the wall. The only distraction was the hefty film projector in the centre of the room. Almost the same size as Reynolds’ figure, it was disruptive in the space.

Thompson’s is the work that has perhaps garnered the most controversy, with some saying he is turning black suffering into spectacle. His work is on the edge of this. As a biracial New Zealander of white and Fijian descent, what is his place and why is he creating these works? Alternatively, the piece can be interpreted as Reynolds in control, focusing on her own trauma, as we focus on her. The other two pieces by Thompson felt less effective in comparison. They were arresting but less emotive – a slow-burn – and subsequently I found myself getting bored by them.

Overall, the Turner Prize 2018 makes for fascinating line-up, bringing human issues – global and personal – to the forefront. It will be sure to start important discussions on contemporary society. I enjoyed seeing such a variety of film mediums – from cinematic to personal, from analogue to journalistic. There is a lot on offer. However, due to each work being video-based, this show is a heavy time commitment. Would it have been better to include some non-film work to shake things up? Altogether, watching everything would take around four or five hours.

The subject matter, generally, was much more serious than we usually see from the Turner Prize. Having this more political work can risk the Tate coming across as overly didactic and moralising to the public. The jurors this year have gone for hard-hitting works, but these reflect the current global climate, actively challenging the viewing public, even if they do lack a little of the fun of previous exhibitions. It will be interesting thing to see who wins the prize this year. For me there is no runaway winner.

The winner will be announced in December 2018 live on the BBC.