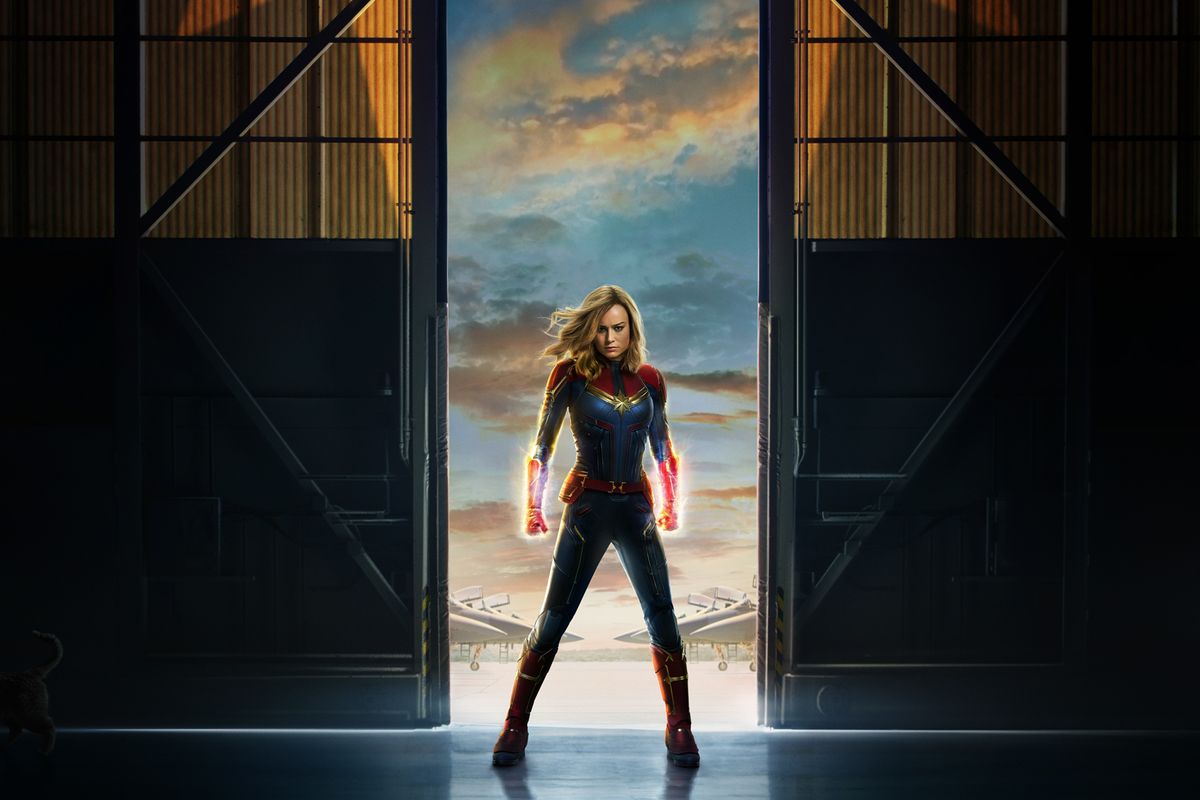 The release of the new Captain Marvel trailer fills me with hope for the future of Marvel’s cinematic universe. For all its epic scope and breath-taking action scenes, Avengers: Infinity War still revolved almost entirely around male characters, their actions, their plains, and their desires. There were maybe two or three moments in the film where the women got a chance to really shine but even then they rarely took an active role in the plot. Of course, it would be wrong to suggest that the exclusion of any real female presence rendered the film unwatchable, but it’s 2018, and the movie poster had a ratio of sixteen men to seven women. We cannot keep pretending that this is good enough.

When Marvel puts its mind to it, it can genuinely inspire a generation of women. The moment in Infinity War where Black Widow and Okoye come to Scarlet Witch’s rescue after declaring, “She’s not alone”, was truly empowering. Shuri living up to her title as the smartest person in the MCU, harnessing the incredibly advanced Wakandan technology to nearly save the world was similarly awe-inspiring. These few moments, however, do not an inclusive and diverse movie make. Black Panther, with its range of compelling and competent leading women acting as everything from scientists to generals, was a few steps forward – Infinity War felt like an entire leap back.

The Captain Marvel trailer though suggests a real change in the tide. Basing my expectations solely on the trailer, I have to say that I’m hopeful. Our lead, Carol Danvers aka Captain Marvel, armed with a practical costume and Brie Larson’s indomitable charisma, makes for a satisfyingly imposing presence and her stubbornly headstrong personality is immediately obvious. The flickering scenes of her being repeatedly thrown to the ground, only to stand right back up make it very clear that this is no Barbie doll love interest. Equally important though are the supporting female characters and here as well Captain Marvel delivers. The glimpses we catch of Minn-Erva, an alien warrior who is apparently a fighter to rival our lead, and of Maria Rambeau, Carol’s old friend and fellow member of the United States Air Force, are exceptionally promising.

When Marvel proves that it can make films which stray from its traditional white male heroes, why does the MCU still feel so exclusive? I have a few theories:

First, that all the talk of diversity and representation is a superficial façade. Perhaps Marvel has finally realised that the action genre has a larger audience than their traditional white male market and are finally making use of it. For this reason, they are beginning to release films which do just enough to get new people out to the cinema – think Black Panther and its record-smashing box office pull, while still releasing male-dominated ‘classics’ to keep the old fans engaged. After all, male-dominated films such as Guardians of the Galaxy can still pull in audiences of up to 44% female. It’s cynical but still a theory worth consideration: they’ll acknowledge women only to the extent that is needed to keep them profitable and the audience engaged.

My second suggestion is that Marvel can’t face the backlash. Ever read a comment section? Things can get brutal down there, especially if you’ve somehow managed to forget that there are people out there who apparently cannot stomach the idea of equality. It’s easier to pander to an audience who already loves superhero films because they clearly see themselves in the hero. Marvel is doing the politically correct thing in letting women and people of colour know that it sees them, but won’t allow this to seriously affect the wider MCU and so won’t incite any real controversy.

Finally, I’d like to suggest that good things take time. The majority of people should be behind empowerment, equality, and representation, but it’s unrealistic to expect change overnight. Infinity War was a bump in the road to greater progress and perhaps social change. Marvel is so big that it can afford to make this change, and with Captain Marvel it is really trying. When executives see that giving traditionally underrepresented groups a turn on the big screen is consistently profitable and not a disaster, we will see more representation. We just need to stick this out.

I have faith in Marvel, so for me it has to be the final theory. Looking at the YouTube comment section, the topic of Captain Marvel’s gender is not causing as many shockwaves as it could have done. The trailer seems to have attracted less misogynistic attention than Patty Jenkins’ Wonder Woman. Indeed, much of the comment section was discussing the scene where Captain Marvel sucker punches an old lady (whom I really hope was a shapeshifted nasty alien). Marvel does need to move faster, though. Their great rival, DC Comics, has many of its own issues but one front on which it appears to be beating out Marvel is its women.

My slight love affair with DC TV started when I was introduced to the character of Alex Danvers, a lesbian cop. Since then, we’ve met Supergirl, Lena Luthor, Sara Lance, Amaya Jiwe, Felicity Smoak, and the list goes on.

The MCU is finally giving us the leading superhero we need: a woman who can, a female superhero whose gender is incidental…

Sara Lance is a phenomenal bisexual time travelling assassin, and (all modesty aside) I saw myself in her. She’s so unafraid to be her authentic self, and she’s proof that women can love other women in the media and not be killed off. She’s proof that women can kick ass and that they don’t always have to look good doing it. She’s proof that women aren’t defined by who they love and who loves them. She’s proof, for me, that I am worthy of everything a straight white man has felt himself entitled to since birth. Plus, Emily Bett Rickards as Felicity Smoak is out here letting girls know that it’s great to be smart, and to be interested in STEM or other academic pathways traditionally closed off to women. The whole DC TV franchise wants to get women involved, and allow them to harness their own power to ‘be the chainsaw’ and carve their own path. All the while gleefully ignoring the shouts of men whose toxic masculinity may feel just a tiny bit threatened.

The ladies of DC TV, with Caity Lotz (who plays Sara Lance) at the forefront have set up a campaign called Shethority. They promote body positivity, self love, LGBTQ+ and ethnic minority inclusion. They show us that there is a worldwide community of women who aren’t afraid to step it up and make a change. Even when they aren’t on screen, the legacy left by female superheroes who are totally owning it survives through Shethority. This bolsters us, helps us to carry on. If Captain Marvel wants to help those aligned with the MCU to embrace this feeling of togetherness and power for those who haven’t been able to believe in their power before, it might take a page from DC’s book. Better representation is needed, otherwise we will never overcome prejudices instilled in us since birth. Something as small as the fact that Captain Marvel is allowed to wear trousers and not a skimpy and impractical skirt, cannot be taken lightly. Shethority has made waves. Captain Marvel will – hopefully – follow suit.

Even with what little has been revealed, I am prepared to say that Captain Marvel looks like a badass. The MCU is finally giving us the leading superhero we need: a woman who can, a female superhero whose gender is incidental. Captain Marvel is badass, and women are taking over. And we’re wearing trousers. And baseball caps. Get ready.