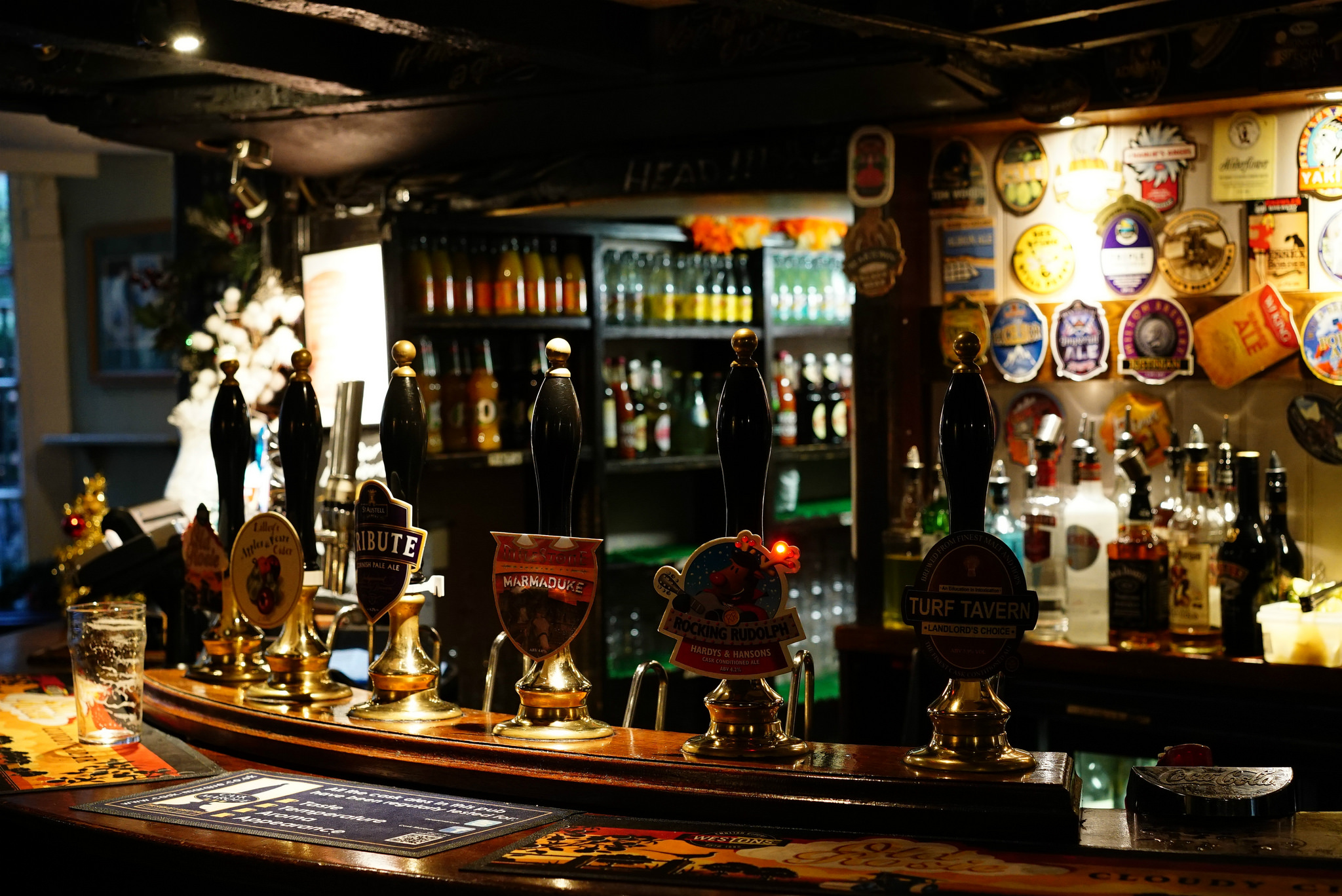 ‘Well did he know the taverns in every town, and every hosteller and bar-maid, far better than he knew any leper or beggar’ – ‘The Friar’s Tale’

It was whilst contemplating how little I had explored Oxford that I had the highly original idea to not just go to one pub, but several, in the same night and have a drink in each in order to better understand the institutions which make the city what it is, institutions which, I might suggest, are more important to Oxford than the University itself. Pubs are little pockets of history in a sea of supermarkets and fast food chains, but not all boozers are created equal. A low ceiling is usually a good indication of high quality, as that tends to mean that it’s old: if you do not smash your forehead into a beam at least once, you have not been on a pub crawl. It is certainly true that going to pubs is more expensive than going to the college bar, or drinking tins of warm lager alone in your room and listening to George Michael, and both have their merits, but in a pub you have the privilege of getting drunk in an old building, which has always appealed to me. I realised that I had visited remarkably few of Oxford’s pubs, and therefore decided to try and see a few of the most notable in one night, concluding with a cheap one as by then nice drinks would be wasted on me. Visiting six pubs in one night seems perfectly achievable, but ultimately it would be my fondness for sitting down in pubs for a long time which would prove to be my undoing.

The first stop was The Eagle and Child, a pub with a strong connection to the poor man’s Dan Brown, J. R. R. Tolkien, who used to go there to get bladdered and talk literature with the bloke who wrote about Narnia. To paraphrase Tolkien (and by paraphrase, I mean completely change what he actually meant), ‘where there’s life, there’s hope, and need of bitter’, and so I ordered just that. The Ilkley Brewery Bitter was rather good, though before I’d even had a chance to taste it an old Geordie had approached me, as old Geordies so often do, and asked me about the beer because I looked ‘like a connoisseur’, perhaps a reference to the girth of my gut, but I could not think of a witty riposte in time so just said that the beer was ‘nice’, which it was. It also passes the low ceiling test, which matters more than the beer.

The Turf Tavern is a bit touristy, but it is that rarest of things, a tourist attraction which lives up to the hype…

After this we (yes, ‘we’, amazingly, I socialised with other people) trekked to the other side of St. Giles’ Street to reach the Lamb & Flag. Owned by St. Johns, the sign above shows Christ as God’s victorious lamb, and at this point I too felt a sense of victory: I’d had a whole pint of alcoholic beer already and not collapsed. But it wasn’t just the sweet relief of discovering that my alcohol tolerance had not plummeted over the Summer that I tasted, for I also guzzled a refreshing pint of Lamb & Flag Gold. Chaucer wrote that ‘we know little of the things for which we pray’, but after the hop-heavy pint of Ilkley Bitter, I had been hoping for a zesty beverage to cleanse my palate, and the Lamb & Flag Gold provided for me.

The third establishment on my list was, and is even more so now, one of my favourite pubs, and not just because it is tucked away and absurdly cosy inside. The Turf Tavern is a bit touristy, but it is that rarest of things, a tourist attraction which lives up to the hype. Allegedly it was there that Bill Clinton, the saxophonist and former US President, ‘did not inhale’ an illegal substance, which is understandable, as soft drugs would spoil the flavour of the beer. I certainly would not want to have hindered my enjoyment of the pint I had there: Greene King’s ‘The Abbott’s Confession’. Slightly sinister name aside, this is a very drinkable ale and was easily my favourite pint of the evening, and at 8.5% it fulfilled beer’s primary purpose, numbing me to the horrors of encroaching reading lists.

After we eventually left Turf Tavern we meandered towards the King’s Arms. I had not been before, but found it to be perfectly pleasant, though its more modern interior meant that, for me, it lacked the character of the previous pubs – though this observation may have been somewhat tainted by the knowledge that my head and wallet were becoming lighter with each pub. Still, I enjoyed the amber and aromatic pint of Youngs Special, though the taste of the Abbott before still lingered in my mouth (a sentence I have never written before, and will hopefully never write again). This may have been a good time in the night to switch to cheap lager, but I was a fool, and spent too long in there nursing my ale, like an old man at 10 AM in a Wetherspoons. This would prove to be disastrous.

I was left in boozy-purgatory: too inebriated to give up, but sober enough for me to feel the crushing embrace of disappointment…

In ‘Moby-Dick’, Captain Ahab’s thirst for revenge against a white whale kills him, and it would be my pursuit of the White Horse that killed my poorly planned pilgrimage. We arrived to find that the pub had just shut, the White Horse had cantered out of reach, and like Sir Kenneth Branagh on the beaches of Dunkirk I was abandoned with the Wehrmacht of time closing in on me. ‘Youth may outrun the old, but not outwit’, as Chaucer wrote, and it was at this catastrophic stumble that I realised that it would have been more sensible to be like the wise old Geordie I had met at the first pub and stayed at one, rather than undertaking what was actually a rather unambitious, but poorly planned, pub crawl and still failing. I was left in boozy-purgatory: too inebriated to give up, but sober enough for me to feel the crushing embrace of disappointment. Though I briefly persevered by going into a pub (with a high ceiling) for a quick drink before the staff told us we had five minutes, I realised that the entire endeavour might have been something of a Pyrrhic victory. I had visited some fantastic pubs before then, but at what cost? Well, £20 approximately.

Chaucer would die before he completed ‘The Canterbury Tales’, meaning that his pilgrims never reached their final destination. However, a pub crawl is not about where you will end up, but rather where you are and even if the company is sub-par, if you drink enough you won’t mind. By getting to know some of the taverns of Oxford well, I feel like I have come to know the city itself just that little bit better (though me being the drunken rascal that I am, I’m not sure how much of it actually remember).