Comics are traditionally seen as something of a man’s world. Generally white, muscled men, with a predilection for tight lycra, superheroes have long been representative of an ideal laid down in their heyday of the 1940s.

But as society opens up and gender boundaries are broken down, comics have needed to move on. While themes have been implied for characters in the past, the heavy censorship of bodies such as the Comics Code Authority have ensured that LGBT characters could never be openly acknowledged, such as Marvel’s Northstar, though authors such as  Fredric Wertham, who claimed “Batman stories are psychologically homosexual”, have asserted this in comics and mediums outside of their reach. Here, we detail just a few of the characters flying the rainbow flag.

Phyla(-Vell) was created by the warping of the Universe, having super-strength, flight and the ability to absorb/control energy.  She is the daughter of the original Captain Marvel (not the upcoming incarnation played by Brie Larson), who is one of the more powerful, and more importantly for representation, famous characters of Marvel in the 1970s. Moondragon, or Heather Douglas, is the daughter of Arthur Douglas, later to become Drax the Destroyer (of Guardians of the Galaxy fame). When Thanos killed her parents, she survived and was taken away to be trained on Titan by Mentor, where she developed psychic abilities including telekinesis, telepathy and, of course, the ability to turn into a dragon (she hasn’t used this in a while!). This was last used when the Phalanx under Ultron threatened the cosmos, and was thought to be irreversible. Despite this, Phyla vowed to stand by her lover (even as a dragon), and together they fought to save the Kree Empire. While a strong and loving couple, they have been subject to the noted ‘bury your gays’ trope, and the first instance of which here led to Moondragon’s heart being destroyed by Ultron. Phyla is later offered the chance to restore her to life by making a deal to become the avatar of Oblivion, giving herself the title Martyr. She was then seemingly killed by Magus during her time along with Moondragon in the Guardians of the Galaxy, before it was revealed to be an illusion. However, almost immediately after escaping from Magus, she was killed by Thanos, and this time, it seems to have stuck. Moondragon, meanwhile, has dropped off the comics radar somewhat, last seen as a member of the Knowhere Corps.

Another one of the children of Captain Marvell features as one of our next couple. Wiccan, or William Kaplan, is a human with various magical abilities, including flight, teleportation, healing and the control of energy. Meanwhile Hulkling, or Theodore Altman, has a somewhat more exotic origin, being the son of Captain Marvel, a Kree, and the Skrull Princess, Anelle. In addition to the powers inherited from his father’s side, the Skrulls on his mother’s are a powerful race of shapeshifters, giving Hulkling a potent mix of abilities. They both met as part of the Young Avengers, and struck up their relationship soon after. As in every relationship, there are ups and downs, with one particular down leading to Wiccan aiming to use his immense powers to rewrite history so that he could change the moments that led up to the argument.

Instead, he accidentally let a parasite from another dimension into the world, who had a penchant for creating twisted doubles of the Young Avengers and their parents. With the assistance of Loki, who was partially to blame in the first place, they repaired their relationship, allowing Wiccan to find the strength to destroy the parasite that threatened them. A mixture of heritage with modern sensibilities, Wiccan and Hulkling are one of the real power couples of the Marvel Universe.

Even if you’re not really interested in comics, it’s fair to say that you’ll have heard of Wonder Woman. Diana of Themyscira, the first major female lead in comics, star of the smash hit of last summer, and since the New 52 relaunch of DC comics, one of the most high profile bisexual characters in the world. Wrap this all up along with a range of powers including communication with animals, along with superhuman strength, healing and durability, and this gives you the character renowned as a member of DC’s Holy Trinity. Furthermore, one of her creators, William Marston, is also himself an LGBT icon, as a polyamorous man who had a long lasting relationship with his wife Elizabeth and partner Olive, while enduring discrimination from 1940s American society (as documented in the film Professor Marston and the Wonder Women). Coming from a female-only society, she is a figure who doesn’t see people and relationships being categorised by sex and gender, but as love in many forms. This is a message that many in the real world could do with learning today.

The Ultimate (an alternate universe from the main continuity of Marvel) version of the character, Spiderwoman, or Jessica Drew, was created for the CIA as a clone of Peter Parker by Doctor Octopus. Her genetics were altered to alter the sex chromosomes, leading her to develop as a female, yet with the memories of Peter Parker and the abilities of Spiderman. During her time as a hero, she has worked with SHIELD, the Ultimates, and Miles Morales, the next incarnation of Spiderman, while balancing relationships with a number of women. Jessica Drew is truly a character who has it all.

Unfortunately, that’s all for now. With comics a medium constantly in flux, with reboots and resurrections galore, there is always potential for increasing LGBT representation. While retconning of existing characters like Iceman has gone some way towards this, I believe that the creation of new characters, given due prominence, is the best way of ensuring that comic fans of all backgrounds have new characters to celebrate. With luck and time, the world of comics will hopefully one day become a place where gender identity is just a mention on a wiki, a small category in the handbook of that particular universe, somewhere where everyone can find a character who represents them. 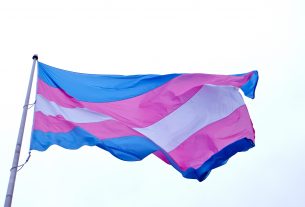 Is it worth coming out to your tutors? 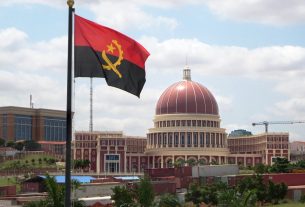 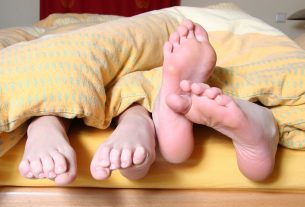 To all the boys I’ve slept with in Oxford: A very open letter