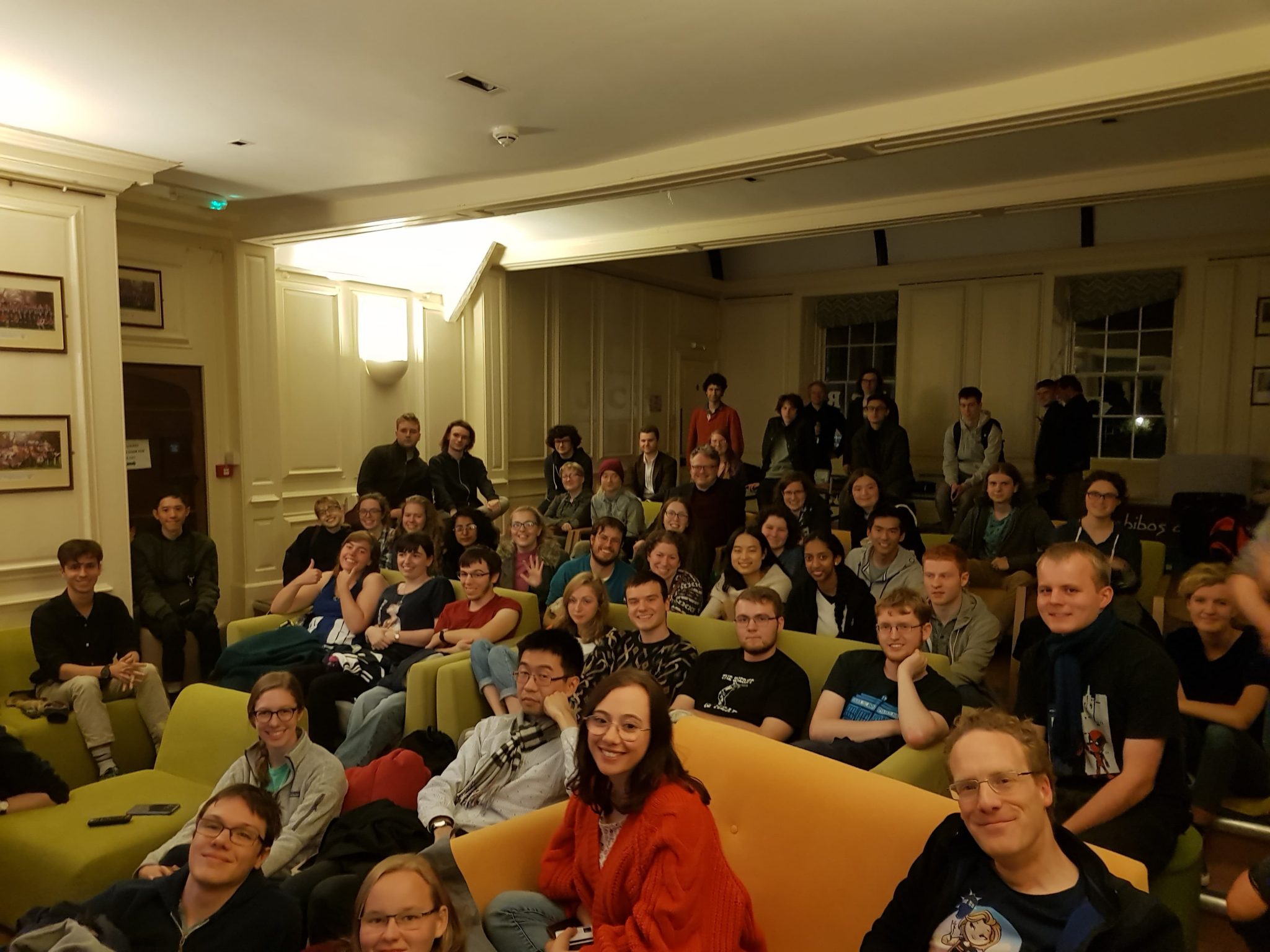 As River Song would say, “Spoilers!”

Gathering in the crowded Worcester JCR with around 50 people, I was one of many who experienced The Woman Who Fell To Earth in the company of the Oxford Doctor Who Society, or WhoSoc, away from their normal meeting place in Mansfield due to one Hilary Clinton. As the continuity announcer fell silent, and the episode began, the crowd fell into silence. We laughed, we gasped and we cried at the 13th Doctor’s full-length debut, and the room seemed generally positive towards it. But after it came to its conclusion, I was eager to know what the fan reaction in Oxford really was. And so from amongst the diverse figures in the room, including tourists in Oxford for the day to an old WhoSoc member who had specially travelled from London to be here, I set to work gathering opinions.

They say the best place to start is at the top, and so I approached the President of WhoSoc. He noted that the story dragged a lot less than the last regeneration story, Deep Breath, which saw Peter Capaldi spend an extended time recuperating from the impact of regeneration, and behaving in a generally un-Doctorish way until its ending. This lack of “regenerative trauma” was something that was appreciated by a number of those I asked, allowing Jodie Whittaker to begin to show off what her Doctor could be. He also noted that the series, despite its colourful advertising, was “less flashy in a refreshing way”, with an emphasis on natural colours that helped ground the story in modern day Sheffield. This perhaps reflects upon Chris Chibnall’s role as Torchwood showrunner, a show not afraid to push the boundaries of Whoniverse, and noted for its darker themes.

Another society member, Beth, noted how the episode placed an emphasis on the “value in people”. It was “emotionally touching”, building upon Chris Chibnall’s noted talent for character. The Power of Three saw the 11th Doctor spending a year alongside the Ponds while they get used to each other’s foibles, and Dinosaurs on a Spaceship created compelling companions in the form of Nefertiti, Riddell and Brian despite it being their first or in the case of the two former, only, appearance. Graham, Grace, Ryan and Tamsin are each distinct, recognisable characters we feel for despite their brief screen time. On the topic of Grace, no one was particularly keen on her being fridged-where a character, often female, is killed off to develop someone else-in this case, Ryan and Graham. This was particularly felt as her death, defeating the secondary threat, came when the Doctor had already defeated the main villain. This was somewhat mitigated by the fact that The Doctor chose to stay and support the three other companions as they grieved.

Other society members also noted callbacks to other episodes that Chris Chibnall had written. The Hungry Earth, and particularly the family dynamic, came up quite a lot, also for its representation of non-neurotypical characters in the form of Elliot Northover. Torchwood in general also featured, partially through the more procedural style this episode took, reinforced by the character of Yasmin actually being a police officer. Countrycide, an episode notable for its bleak tone and gruesome imagery, was mentioned in reference to Tsim-Sha and his habit of collecting the teeth of his victims. One person I spoke to also noted how it seemed to hark towards the RTD era of the show, aiming itself more firmly at kids while also not being afraid to explore darker themes and kill characters off. Another went even further, seeing the relationships of the companions as akin to those of the very first: Ian, Barbara and Susan.

As for the 13th Doctor herself, everyone seemed very supportive-“fully behind the Doctor”, as one put it. However, a significant group wanted to see more before they could form a complete opinion, with many still digesting the episode they had just watched. One noted that despite the episode not dwelling on the Doctor as a woman, they still kept noticing, and “hope to stop soon”.

In all, it seems that The Woman Who Fell To Earth seemed to hit the Oxford Doctor Who Society in just the right spot. Whether they were speechless, felt “it was good”, or pleased that “the tone was just right”, they will be waiting for next week with much anticipation. As one WhoSoc member put it, “Jodie Whitaker is the Doctor and the world is a wonderful place”.