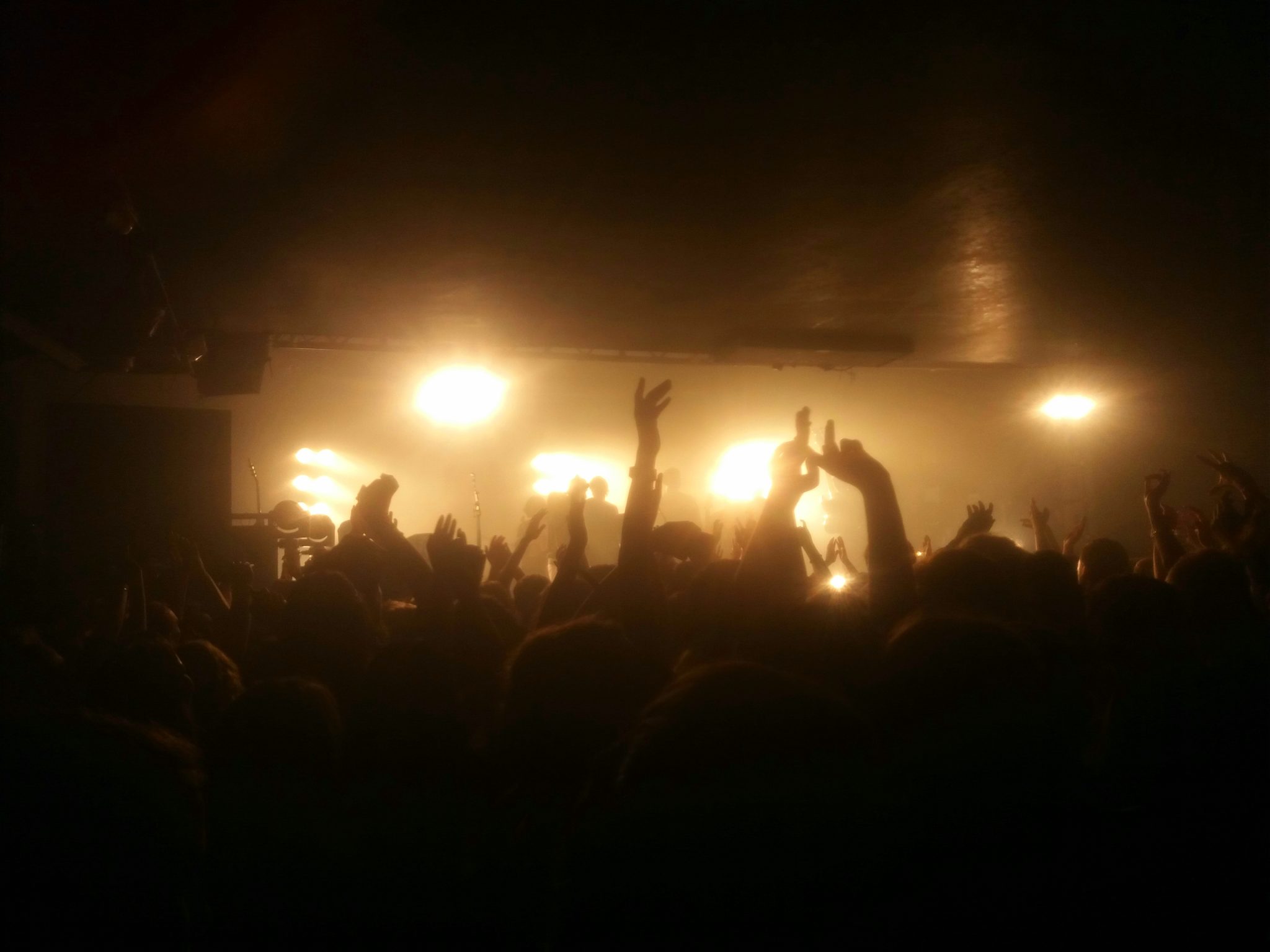 It’s not like I was blown away or anything. It wasn’t as if my sense of self was uproariously dismantled and reformed by the hollering beauty of guitars and drums raining down from the heavens. You know, those ol’ “that gig changed my life” cliches. It’s just that The Magic Gang are good. Very good. And also just outrageously, unfathomably pleasant.

Their hour or so of Beach Boys-tinged, Weezer-esque guitar-based pop was the loveliest set I’d ever seen. I came out glowing with the torrents of thanks and appreciation lovingly laden on me, the humble audience member. Here is a partially-fabricated transcript of the on-stage chat: “Thank you thank you thank you so much thank you to everyone who listened to and bought out debut album. Thanks for coming out tonight we really appreciate it. Shoutout to our road crew they do all the work really thank you to the Orielles and Sports Team and shoutout to Connor Thirlwell at The Oxford Student for reviewing our show really appreciate it you guys are a great bunch love your work…”

It of course helps that every last damn song is an ear-indulging hit, that you can open your set with a track like ‘Alright’, follow it with ‘All this Way’, and send a teeny audience about 20 metres deep jumping and moshing and building circle-pits and wailing back every lyric in joyous, high-pitched, pubescent tones. Everyone just had a great time. I had a great time. The friends I’d brought along who hadn’t heard of The Magic Gang a day before had a good time. Even the balding middle-aged been-there-done-that bloke leaning on the bar – who must, by now, know what good music sounds like – cannot resist mouthing along to the pearly choruses besetting the room.

It’s true, the group don’t look up to much. The hair is short, shirts are plain and jeans are jeans. The guitarists are all singing most of the time so don’t move. They just sway confidently at the mic-stands, silhouetted and shrouded in stage-light smokiness. It’s all in the songs.  ‘Caroline’ goes off. ‘Oh, Saki’ hits and calls for the strobes. ‘Your Love’ is gorgeous. Even the balladry of ‘I’ll Show You’, which left the wired moshers bereft of insistence, is still a great song. At the finale, the whole touring contingent invades the stage. Alex Rice of Sports Team takes the final chorus for ‘How Can I Compete?’ and plays Jagger to Angus Young’s Richards and it’s one beer-bottle-brandishing fiesta.  My ears are full of more worms than the rain-drenched soil of Port Meadow. Lovely.

A word on the support bands. The Orielles released one of my favourite albums of the year, Silver Dollar Moment, in February, and I had come to show attempting to dress as the album artwork, though I own nothing yellow. The sweet, Young Marble Giants-like melodies of singer Esme Dee Hand-Halford which so bejewel that record are not the focus tonight. Most impressive are the bubbling psychedelic groove-outs, the strung out renditions of ‘Let your Dog Tooth Grow’, ‘Blue Suitcase (Disco Wrist)’ and ‘Sugar Tastes Like Salt’, that also serve a crackle of funk. The latter, closing the set, spanned a hilarious nine minutes. It snapped between tempos, disorientating the rhythm slaves at the front who kept folding into each other at the inconsistency. All the while Esme and Sidonie, her sister and drummer, are anchored to their beats. Guitarist Henry Carlyle Wade hunches over his guitar, while the keyboard player is an exhausting watch, pogoing relentlessly to summon vibes.

First on tonight were Sports Team. Alex Rice warns us not to take for granted our Oxford bridleways and excellent motorway connections. He introduces most songs as “about cricket” (“a lot of them are”, he admits), executing textbook 400-yard golf-swing simulations. The band are fizzing, smiling, singing, yelping, bouncing off each other, rubbing heads, firing through the hits, including the latest singles ‘Kutcher’ and ‘Margate’. Closer ‘Stanton’ is incendiary as per. By the way, this still isn’t the last you’ve heard of Sports Team from The Oxford Student…