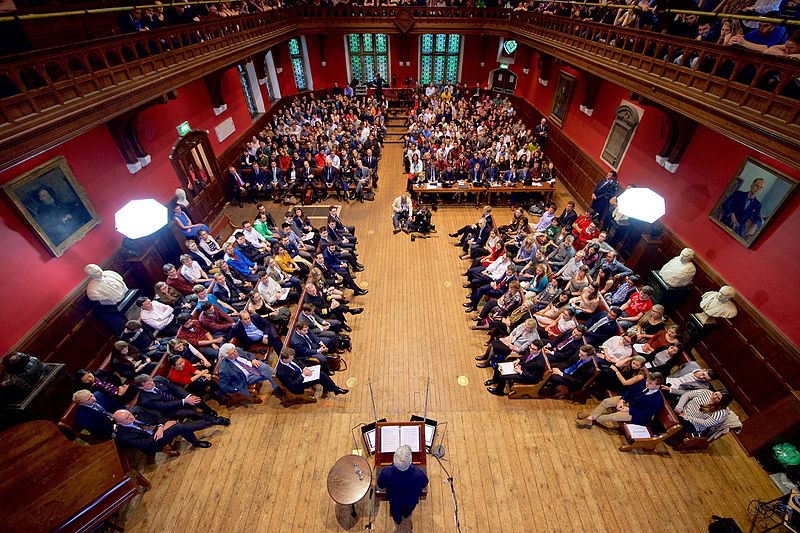 The members of The Oxford Union have voted to begin the process that supporters hope will lead to the banning of slates in elections.

The motion was passed by 57 votes to 15 after the first scheduled debate of this term, “This House Has No Confidence In Her Majesty’s Government”.

The motion, proposed by Ray Williams of Wadham College, proposed that slates are forbidden for the next two Union elections, followed by a vote after two terms to decide whether this change is made permanent. A previous attempt was voted through in Trinity but delayed until this term, with the organisers choosing to alter their proposal.

A ban would bring The Oxford Union in line with that of Cambridge. A similar trial period existed in the 1990s prior to the introduction of open campaigning in elections, and a ban existed until Hilary Term of 2015. At the last election, all members elected to the senior positions for Hilary term-President, Treasurer and Librarian-were all members of the Progress slate. Their candidate for Secretary, Nick Brown, was also elected for Michaelmas.

The debate on the banning of slates began at around half-past ten. Speakers in the debate included Ray Williams and Nicky Black, President of the Oxford Union in Trinity Term 1999.

Speaking for the motion, Williams argued that by removing slates, elected officials would be held more accountable, and that the standing committee, the main decision making body of the Union, would become more accessible. He also promoted the concept of an ‘open referendum’ at the end of the trial period as a means by which to achieve further reform and modernisation of the Union.

Speaking against the motion, Black recalled that slates were also contentious during her time as President. Her argument focused on slates enabling those from smaller colleges and with fewer connections to become elected officials of the Union.

Black is also married to Sam Gyimah, the Universities Minister and former Union President, who spoke at the earlier debate. In response to the votes of those in favour of the motion, he reportedly said that “surely a slate has now been made”.

Stephen Horvath, President of the Oxford Union, noted that “after a detailed debate with strong speeches on both sides, the motion was put to a vote and passed with a majority of those roughly 80 members present in the Chamber.”

The motion will now be enacted, starting a process that will eventually lead to a yes/no referendum in the coming terms.