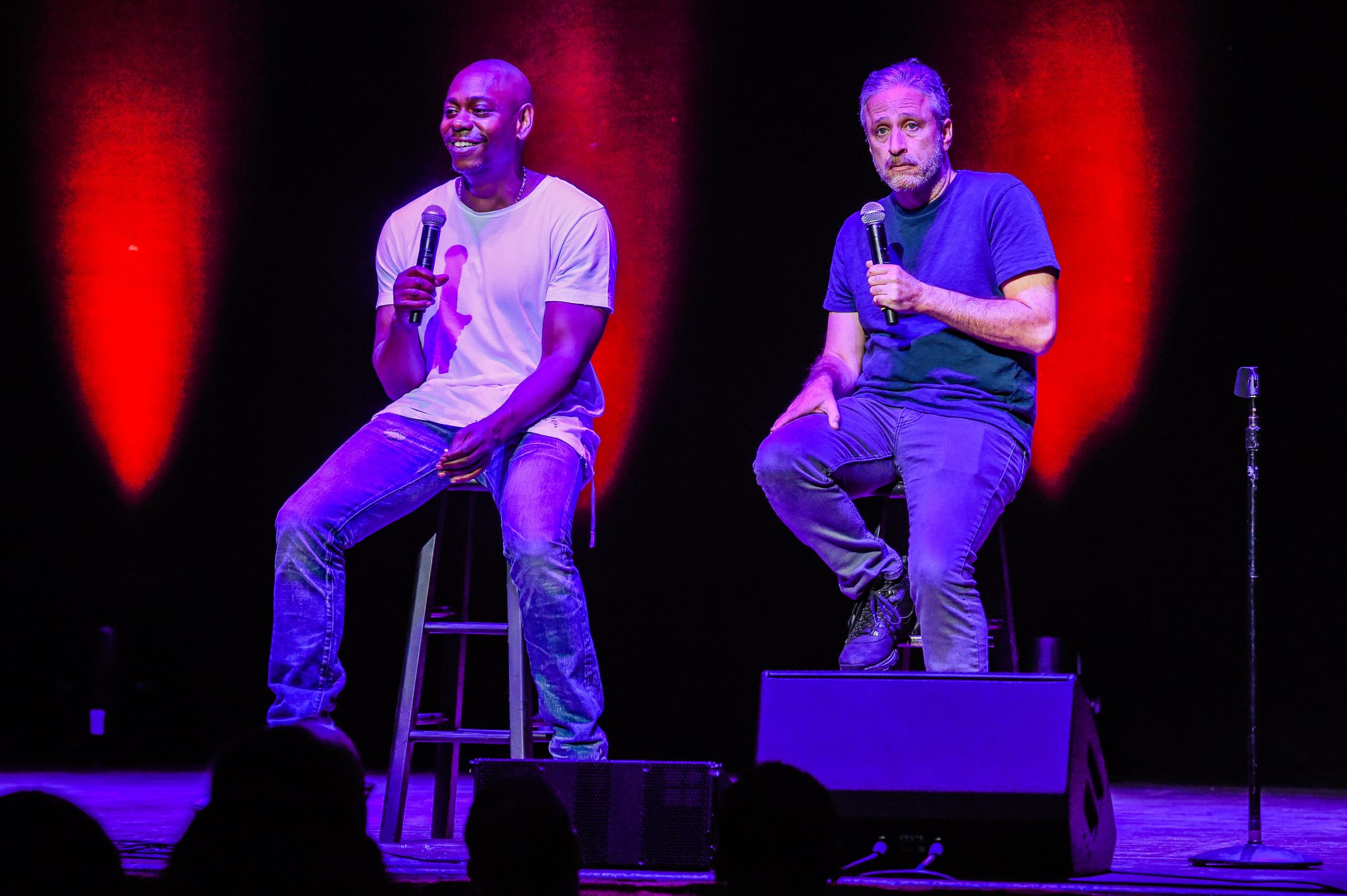 Dave Chappelle and Jon Stewart to speak at Oxford Union

Image Credit: Pilot Boy Productions (CC BY-SA 4.0)
This Friday at 2pm, Dave Chappelle and Jon Stewart will be speaking at the Oxford Union after their recent joint tour.
Chappelle, the American comedian popularised by Chappelle’s Show, has recently received a Grammy Award for Best Comedy Album. Earlier this year, his comedy special Equanimity, produced in partnership with Netflix, received an Emmy Award for Outstanding Variety Special (Pre-Recorded). He has also appeared in a number of films, including Robin Hood: Men in Tights and more recently, Bradley Cooper’s debut as a film director, a remake of the 1937 A Star in Born.
Stewart is also a hugely successful American comedian and host of The Daily Show from 1999-2015, in which time it won 22 Primetime Emmys.
He has been touring the US with Chappelle this summer, and the pair are also performing at the Royal Albert Hall in London later this month.
Stephen Horvath, President of the Oxford Union said to The Oxford Student: “We’re delighted that two of the biggest names in American comedy will be joining us for what should be a highly entertaining event. Given the variety of comic genres mastered by these two, it should be a wide-ranging conversation finding humour in reflections on their careers, politics, and everyday life.”
They will be speaking at the Oxford Union on Friday 19th October at 2 PM.
Post Views: 3,104