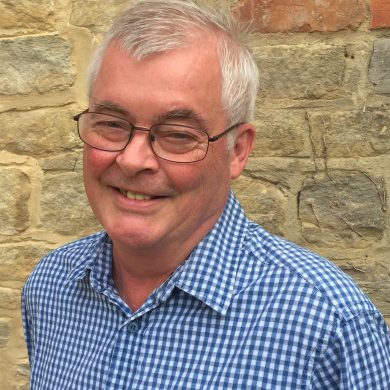 The award recognises Professor England, who is also the Chair of Geology at the University, for his original contributions to the basic knowledge of the crust and lithosphere.

At Oxford, England’s research focuses on understanding the tectonics of the continents, through a combination of theoretical models with geological, seismological, and geodetic measurements of active deformation.

He was also a keen member of Earthquakes Without Frontiers, a project funded jointly by the UK’s Natural Environment Research Council and Economic and Social Research Council, with the aim of increasing resilience to earthquakes in Eurasia. The funding for this project ended in July this year.

“England’s research focuses on understanding the tectonics of the continents”

The medal was established in 1966 in honour of Walter H Buchner, former President of the American Geophysical Union and major contributor in the study of crustal problems. The medal is awarded every 2 years.

Professor England joins 32 other prominent geologists being honoured by the American Geophysical Union this autumn.

“I offer my congratulations and thanks to this esteemed group of scientists, educators, and journalists who – through their devotion to scientific discovery and outreach – are helping to make the world a better place.”

Professor England is the only geologist from a UK university to be awarded a medal this year.