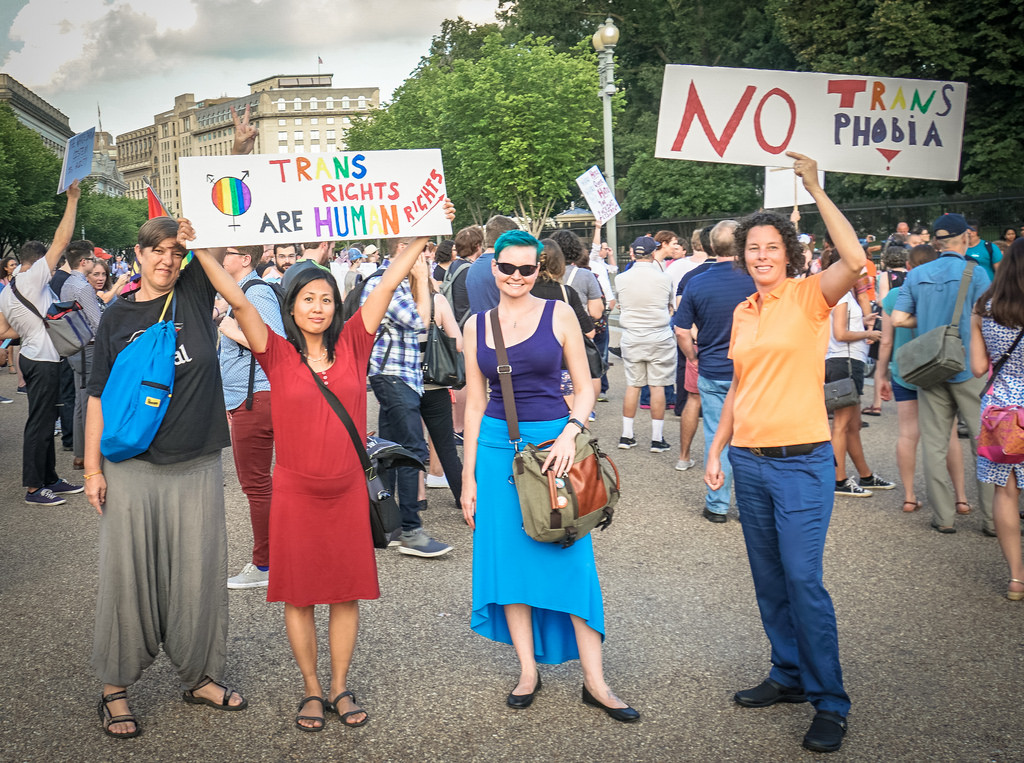 How transphobia is constructed and legitimised in the media

My parents buy The Times at home, which I will often flick through during the holidays. What I did not expect was what I shall term transphobia disguised as ‘legitimised bigotry’, which has become increasingly common in what I had previously regarded as a fine paper.

In particular, let us look at the case of a rapist who also happened to be a trans women, in an article published on 19th November 2017. From the very start, her perceived masculinity is played up as she was “dragging on her king-sized cigarette”, something that is seen as rather manly. Even though Davina is referred to by her proper pronouns, the article makes a concerted effort to remind the readers that she was assigned male at birth, such as by referring to her by her dead name: the name she was given at birth but no longer uses and reminding us that “she still has her male genitalia”. That itself is a cisnormative phrasing that reinforces the male/female binary and suggesting that biology is destiny. Continuing the masculinising trope, trans women are later referred to as “biological males”. This article was not styled as opinion but fact and was titled with the words “Transgender Investigation”. It was disheartening to see expressed the position that such trans women are actually men who have transitioned “as a means of demonstrating reduced risk and so gaining parole”, even positing the theory that the person is “seeking better access to females and young children through presenting in an apparently female way.”

Nobody chooses the increased risks that accompany being trans: an increased rate of domestic abuse, stalking, harassment and murder. Furthermore, the science behind being trans was not explored, which may lead readers to believe that being trans is based on circumstantial, opportunistic feelings rather than other, long-standing realities.

“Now, more than ever, trans people need the help of allies to fight hate, whether from The Times or any other part of the mainstream media.”

So why does The Times do this? An article by The Huffington Post has a pretty good answer. They argue that either it is a lack of education or a form of “glorified clickbait”. I would disagree with the first one. Trans-exclusionary radical feminists (TERFs) are not arguing in good faith. Like climate-change deniers or flat-earthers, they have a fixed world-view which no amount reason or facts will change. Therefore, to platform such viewpoints is intellectually dishonest. There can be no real ‘free-market of ideas’ when one side is not interested in what the facts have to say. The Times must be well aware of this and is therefore guilty of a graver charge: that of whipping up frenzy about trans people in a climate where they are already subjected to high levels of risk of abuse. Given that 41% of trans people have experienced a hate crime because of their gender identity in the past 12 months (according to Stonewall), what The Times is doing now seems especially insidious.

If you currently read The Times but do not wish to abandon the paper completely, I would at least request that you see its articles on trans people for what they are: legitimised hate speech with disingenuous statistics aimed at propagating a hateful ideology. Fight back, even if you are not trans, whenever you come across legitimised transphobia in the media.

Now, more than ever, trans people need the help of allies to fight hate, whether from The Times or any other part of the mainstream media.