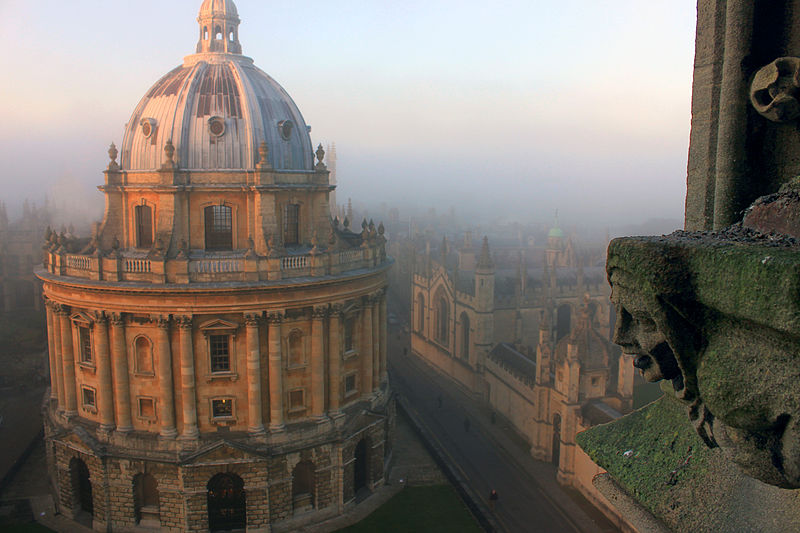 The media’s demonisation of Oxbridge is needlessly harming access

What do newspapers think we do all day? If you got all your information about Oxford and Cambridge from mainstream UK media, you’d be forgiven for thinking they were shadowy, elite organisations in which the main things students do are attend balls in exquisite black tie, walk down streets in academic gowns while laughing photogenically, and just generally drift around the city in a dreamy cloud of affluence and privilege. This is, I suppose, more exciting than 9am lectures or Netflix binges, but I think there’s something more sinister than just interest lying behind this selective depiction.

Oxbridge, in cultural thought, is not a place of furious activity and development: it is more like a serene, mystical castle, spoken of in tones both of reverence (“these people will be running our country one day”) and disgust (“these people will be running our country one day…”), depending on the particular snapshot of the University’s students promoted that day. There are two choices: are we bright young luminaries, or glamorous-yet-repulsive Bullingdon types? There is no place for the Oxford student eating cornflakes, or puzzling through an article, or having a heartfelt discussion about origins and privilege in the café, even though those three scenarios describe my years in Oxbridge far more accurately than the articles do. Oxford, in the media depiction, doesn’t really have anything discernible going on inside it. It’s all about the glamour shot, the statistic, the face, the façade.

Mention to people outside the bubble that you study at Oxbridge, and there will be the requisite ‘oohs’ and ‘aahs’ but also, usually, a kind of distancing. You have gone into the citadel, and you have come back with some of its mysticism wrapped around you. But how does this media representation affect how Oxford functions, both within itself, and in society?

On the one hand, this snapshot approach to Oxford is too kind, in that while the mainstream media narrative occasionally mutters darkly about elitism concerning Oxbridge (“bloody posh toffs”), ultimately, it completely buys into the assumption of Oxbridge being elevated above the rest of the education system, rather than being part of a higher education network. Sensationalising Oxford and refusing to portray it as part of an educational system, a community, and a national culture, means that the public aren’t given the tools to criticise it because they, understandably, don’t actually know how it works. Bombshells of diversity statistics aren’t enough: you have to listen to people who have worked within the systems of the University, who know that it is a productive place made up of productive people with different backgrounds and ideologies, and who can tell you where they think the University can improve and where its oversights are.

It’s a fact that the media is unwilling to ‘break the magic’ by taking us inside the University: while newspapers and media sources from a variety of political backgrounds will mutter the ‘posh toffs’ mantra, as soon as actual students at the University speak out about change they want to see happen in Oxbridge, they are viewed as insurgents trying to dumb down or degrade this venerated bastion of tradition. This is an essentially conservative position. (“After all, they’ve been doing it for centuries now, who are some foolish young people to tell them they’re wrong?”)

On the other hand, snapshot culture in reference to Oxbridge is too cruel: it both decontextualises its problems (which are often not simply problems within the University itself but crucially enmeshed with societal problems, which you don’t appreciate if you think Oxford and Cambridge are cut off from wider society), and refuses to acknowledge its developments. I saw this last year at Cambridge in two particularly egregious examples. In one, students at Lucy Cavendish were given therapy guinea pigs for exam term, and The Mail took this singular event as evidence of a “snowflake culture” around students: they were so keen to push this narrative from an isolated, sensationalised event that they completely failed to mention the notoriously difficult finals exams which were the reason these guinea pigs had been put in place. (If you define Oxbridge as the place of simultaneously impossibly clever and impossibly trumped-up students, and refuse to actually consider them as complex young people, you can use any recognition of their stress or fallibility or enthusiasm as proof that the country is going to the dogs.) The other was the coverage of trigger warnings used in lectures at my faculty: I watched the slowly worsening coverage in horror, as an important and useful content warning for a Sarah Kane lecture discussing violent assault (the lecture discussed Kane and Shakespeare’s Titus Andronicus) was reduced to “English students are scared of Shakespeare because there’s violence in it, har har, how did you get into Cambridge if you didn’t know people die in Shakespeare?”

Lack of knowledge means that we, as students, and the University we are part of, are ripe for political exploitation from every ideological side. Regardless of whether you worship at the altar of Oxford or you believe it’s an incredibly flawed and privileged institution (though I’d hope you can recognise both the institution’s achievements and development as well as its flaws), we can be caricatured and used as pawns for any ideological side because we’re deliberately kept mysterious, and I hate it, and it’s contributing to our lack of access.

Do you know who gets put off by the vision of a mystical, elevated Oxford? It’s sure as hell not the people who go to schools with plenty of experience of the Oxbridge system, or people who’ve had parents who went to Oxbridge, or people who are taught from birth that they have the right to aspire to financial comfort, intellectual stimulation and social power. It’s the people looking in from the outside: the marginalised, the poor, the minorities, the people who don’t look like the stereotype we are being fed, and the people who see the student in the gown and go “that couldn’t be me.” If you don’t think you belong in the pictures, you likely won’t apply to the university. It’s that simple.

So, calling all media outlets: Yes, Oxford have a way to go on access (though I do not wish to disparage the work many committed individuals are currently doing). But you can contribute to access too. Commit to dismantling the mysticism around Oxford and Cambridge, both in terms of its unquestioned dominance and its unquestioned elitism. When people take actions within the University, when movements arise, commit to fairly contextualising those movements. When statistics come out about Oxford, comment about them; do research; make note that this is not solely an Oxford problem – Oxford is powerful but cannot be the sole arbiter of radical change, and often, if you’re only approaching people at sixth-form level, it may be too late for some people by then.

More than anything, if you want Oxford to be accessible (as I do), commit to portraying it as accessible: get people to talk about normal life there, and about the social and community projects that go on at the University; get real, nuanced accounts of the students and staff and custodial workers and town residents and homeless people and students’ families and staff’s families and administrative workers and everyone else who makes Oxford what it is. Don’t just portray Oxford as bejewelled students at May Balls dancing as the city lies mutely behind them.