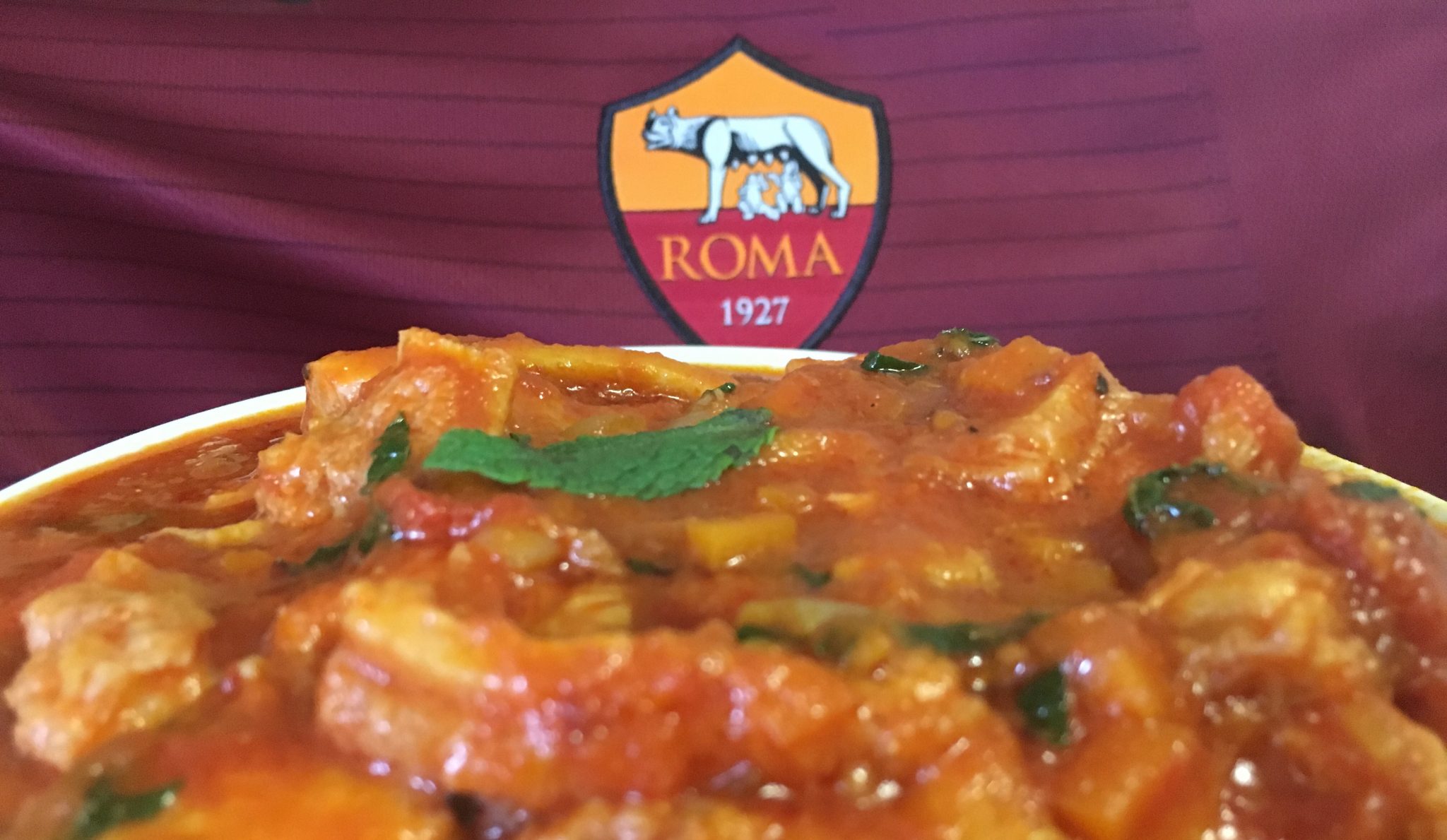 I came, I saw, I stewed a cow’s stomach lining in a tomato sauce for an hour.

Few parts of the animal encourage quite the same revulsion as tripe. Even the name sounds unpleasant, with its alternative meaning being “nonsense”, it definitely needs a bit of PR, particularly because it is not exactly winning any beauty contests, being effectively a pale rubbery sheet of matter. There’s also the issue of odour: when boiled, it absolutely reeks, with the smell reminiscent of that of an old whelk.

However, it is not without redeeming features. It has approximately ten times as much protein per gram as a steak, and at around £6 for a kilo in the covered market, it is certainly cheap. Also, one other advantage of it being part of the animal’s digestive system is that it is very absorbent and therefore sucks up any sauces you immerse it in, a characteristic which a fillet steak is sadly lacking, though if you can afford a fillet steak, maybe buy that rather than this.

You can fry tripe, you can boil it, you can throw it at someone you don’t like – but I was instantly drawn to a ‘trippa alla Romana’, largely due to my love of the Eternal City. It’s the sort of vaguely exotic and gutsy food that you could imagine the Emperor Trajan devoured before giving the Dacians a damn good thrashing (though minus the tomatoes, which weren’t introduced to Europe until the 1500s). Though not an Ancient Roman dish, it was recipes like this which enabled the legionaries to expand the territory under the control of the Caesars, though perhaps they conquered the rest of Europe in order to get away from the tripe. Equally, I am certain that the greatest footballer of all time, Francesco Totti, “Il Gladiatore” himself (though the gladiators of Ancient Rome were mostly vegetarians), wolfed down a hearty bowl of innards before he did battle against the barbarians of Lazio.

As with most Italian dishes, there are numerous recipes, but only mama’s is correct. Unfortunately, my mother, and indeed my entire family, despise offal, so the recipe I have used is an amalgamation of things I’ve seen online and read in books, which is never a great idea, but produced what was nonetheless a relatively palatable dish. I used a pound of tripe, which cost around £3, and is enough for three people, though if you cook this dish at ten in the morning the smell may well discourage other people from joining you.

“… it was recipes like this which enabled the legionaries to expand the territory under the control of the Caesars, though perhaps they conquered the rest of Europe in order to get away from the tripe.”

I started by simmering the tripe for fifteen minutes in water with some lemon peel, peppercorns, parsley, smashed garlic cloves, salt and red wine vinegar (basically any strong flavourings you may have lying around in order to overpower tripe’s “distinctive” fragrance). Once the tripe had softened, I removed it and set it aside, marvelling at how wobbly it had become, whilst dreading that I would have to eventually eat it. I have had tripe before (I was very bored this summer), and the texture is the most unpleasant part of it.

Now, to make a delicious tomato sauce, which I later sort of ruined by adding tripe. I softened half of a diced onion, which half is up to you, and half of a diced carrot in good olive oil, adding a pinch of salt to help draw out some of the moisture, I then added a teaspoon of chilli flakes and a tablespoon of tomato puree, frying it off for a couple of minutes. Whilst doing this, slice your lovely boiled tripe into slithers. At this point you can add cheap white wine, but I didn’t have any, having spent most of my money on offal, so I just added a splash of water and a few drops of lemon juice to replicate the freshness and acidity that the wine would add. Then I added a tin of plum tomatoes and crushed them with a spoon. I had made a perfectly acceptable sauce, and at the moment when you feel pleased with yourself, add the tripe. Stir to make sure every nook and cranny of the tripe is covered in tomato sauce and leave to bubble away, with the lid off, on a medium heat for about an hour.

In that hour do some washing up and watch a compilation of Gervinho’s goals for Roma, though to kill the time you will need to watch it more than once. The smell of tomatoes filled my kitchen, a pleasant change from the pungent tripe, and it was now time to add the final flourishes to the dish. Finely chop half a dozen mint leaves and add them to your bubbling cauldron of offal. It may seem bizarre to add mint to a tomato sauce, though that’s one of the least unusual aspects of this recipe, but the fragrance works wonderfully with it, and adds a bit more flavour to the otherwise relatively bland tripe.

“The tripe itself is soft, chewy, and, when you muster up the courage, it slithers down your gullet with relative ease.”

Make sure you add the mint near the end so that it doesn’t lose too much of its flavour though. Now comes the part which is almost guaranteed to make any dish better: the cheese. According to the fifteen minutes I spent researching this dish, the most authentic cheese to use would be a pecorino Romano, a crumbly, salty sheep’s cheese, which is also used in a proper carbonara. Parmesan is much more readily available, and so would serve as an acceptable alternative, though don’t tell the Romans, I’ve already ruined one of their most iconic dishes enough. I used Grana Padano, which is very much unacceptable as a compromise, but you have to work with what you’ve got, which is a good mentality to have when dealing with offal. Taste for seasoning, add salt and pepper as required, and maybe a bit of lemon juice to provide some acidity to cut through the richness. Congratulations, you have cooked tripe, your parents must be very proud.

Looking at the dish, it has the colours of Roma: the red tomatoes for your heart, and the yellow tinted tripe for your soul (according to the lyrics of “Roma Roma”). The moment to try it has arrived. The arena falls silent, you look to the Emperor and declare: “we who are about to eat tripe salute you”. The first thing that hits you is the fresh mint, then the slight kick of the chilli, then the tangy tomato sauce, and then the vaguely marine aftertaste of the tripe. The tripe itself is soft, chewy, and, when you muster up the courage, it slithers down your gullet with relative ease.

Which way will Joaquin Phoenix’s thumb point? Well, it’s difficult to decide. Though the texture is unpleasant, the flavours complement one another surprisingly well, and it’s the sort of dish which feels like it’s good for you, and with so much protein, it probably is. This is the sort of cuisine which may have enabled Totti to lead A.S. Roma to domestic glory in 2001. For the full Roman experience, you should eat it whilst reclining, and have your slave lower morsels of tripe into your mouth, and then tickle the back of your throat with a feather so that you have room for more, which seems to be quite unlikely. Equally, you could just not bother cooking it in the first place, but this experience has convinced me that stomach lining has culinary potential. What we do with tripe, echoes in eternity. 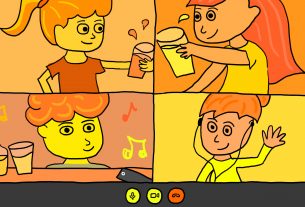 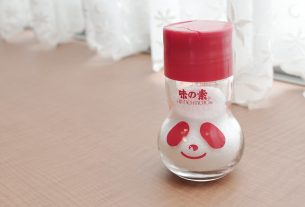