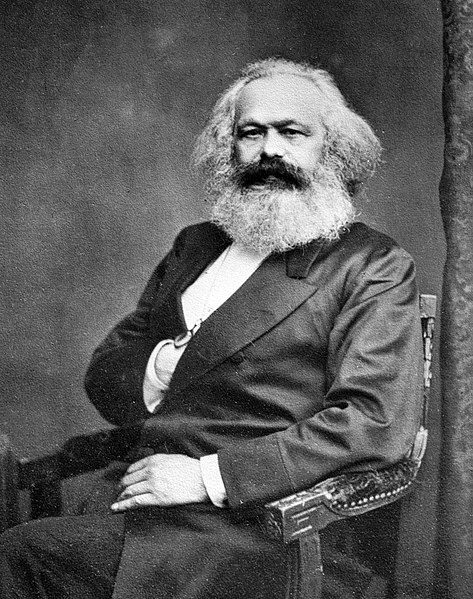 When I tell people I’m a communist, they usually respond as if I’ve declared that Theresa May is a reptilian humanoid hell-bent on taking over the world. Well-meaning strangers take it upon themselves to recount the bloody horrors of the Soviet Union, or simply say: “Oh, communism seems like a nice idea.” Emphasis on ‘seems’ and ‘idea.’ They can’t comprehend why anyone would ever dare to venture beyond the reactionary bounds of neoliberalism. Nor do they acknowledge that implausibility was a feature attributed to none other than emergent capitalism. Yes, 17th century feudalists really did scoff at a system we now accept as “normal” and “natural.” Funny how the tables turn.

Political commentators on the right and left have claimed that communism is synonymous with “fascism” and tyranny, that it cannot and should not ever work in practice. Piers Morgan could scarcely comprehend Ash Sakar’s “I’m literally a communist!” exclamation, and insisted on repeating her allegiance to “your hero Obama.” You know, the ex-president who was funded by soul-sucking banks like Goldman Sachs and played golf with Republicans. What a radical leftie. In the US, everything from free healthcare to the policies of Wall Street minion and warmonger Hillary Clinton have been cited as proof of a big, scary, commie invasion. Here, the media collate communism almost exclusively with “idiocy” and “Nazism.” We’re all either morons, or murderers. And this messaging is more than just an unfortunate choice of words – the Red Scare 2.0 is an intentional and insidious attempt to tarnish Marx’s vision for a kinder, better society.

Our ruling class muddy the discourse surrounding communism because they don’t want us humble proles to see the alternative economic system for what it really is: freedom from the gross fetters of inequality. Capitalism, as Owen Jones argued in his recent article, was birthed in blood and weaned on misery. It continues to thrive on the backs of overworked migrants, the dying homeless, and working class communities not unlike the one I grew up in. For the rich to get richer, the poor must get poorer.

In contrast, communism, despite its historical misappropriation by fascist, right-wing governments in China and Russia, is a wholly left-wing system which vows to return power to the working people. Real communists do not want to hand authority to a tiny coterie of politicians. We want to take back the means of production. We no longer want to live in a world in which Jacob Rees-Mogg can afford to own multiple mansions and employ a nanny for his double-barrelled brood, while British parents must frequent food banks in order to feed their children. Does this simple desire make us raging fascists?

I don’t think so, and neither do an increasing number of activists who share the views of Sakar. In July, Teen Vogue published an interview which allowed the journalist to state her political opinions freely. Amidst a sea of slander and stupidity, the voice of the communist, though currently a whisper, is being heard. The spectre haunting Europe is beginning to take corporeal form – and that scares ardent capitalists more than any reptilian humanoid ever could.

“The Bolsheviks will do everything to secure this peaceful development of the revolution,” Lenin proclaimed shortly before the October Revolution. This soundbite hardy gels with Lenin’s previous endorsements of violence for a revolutionary cause.  As the centenary of the Russian Revolution passed last year, it sparked agony in Russia as to how, if at all, it should be commemorated. Indeed, it has created a wider debate across the globe as to how these events should be remembered. Should the intentions, at least, be celebrated? Was this as true an implementation of Marxism as humanity will ever manage? And how should the key figures be remembered?

History has only ever been capable of — quite correctly — condemning fascism, in all of its forms, fully and completely. Communism has never received this thoroughgoing treatment. Its flight from judgement has allowed the likes of Stalin and Mao to maintain a cultish, magnetic pull, as they continue to attract praise from not insignificant minorities or, in the case of China, majorities.

Visiting Beijing last year, I was struck by the deference shown to a man who had killed so many, crippled the nation’s culture and contemplated having every person in China known by only a number. Mao’s portrait, which hangs from the entrance to the Forbidden City, dominates the area, which now throngs with millions of tourists on a daily basis. Yet, the man who killed more than both Hitler and Stalin, remains at the core of Chinese politics, his thoughts enshrined in the country’s constitution and his body embalmed at the centre of Beijing.There are many in the West who still proclaim his successes. Diane Abbot’s infamous claim that Mao did “more good than bad” on balance is just one of many examples of how soft the political and intellectual consideration of Mao remains in some parts of society.

“Visiting Beijing last year, I was struck by the deference shown to a man who had killed so many, crippled the nation’s culture and contemplated having every person in China known by only a number.”

In a similar vein, the Marxist historian Eric Hobsbawm, who, although he undoubtedly possessed a brilliant ability to analyse vast movements throughout history, cannot be excused for his support, or at best whitewashing, of Soviet atrocities. Orlando Figes, a prominent historian of Russia, has warned of ‘moral equivalence’ in teaching encouraged students to downplay Stalin’s crimes to see the positives of Communism. He spoke, not unprompted, but rather as a result of Fiona Lali, President of the Marxist Society at the School of Oriental and African Studies, who suggested in an interview with the BBC ‘it would be inaccurate and unfair to say that Communism has failed’.

Marxism as a historical model of explanation has, thankfully, gone out of fashion. Those countries which adhere to the ideology of Communism, or at least a notional version of it, have shrunk radically since the zenith of the USSR. This does not mean, however, that we should allow it another chance, or try to redeem it by selectively reconstructing the history of Communism. Under the guise of ideology, numerous countries were subjected to foreign dictatorship, people were deprived of the ability to vote, to express themselves and their thoughts, and the murder of countless people was given a bloody varnish of legitimacy. Thus, the history of Communism and Marxism is not simply one of failure, but rather one of profound tragedy.