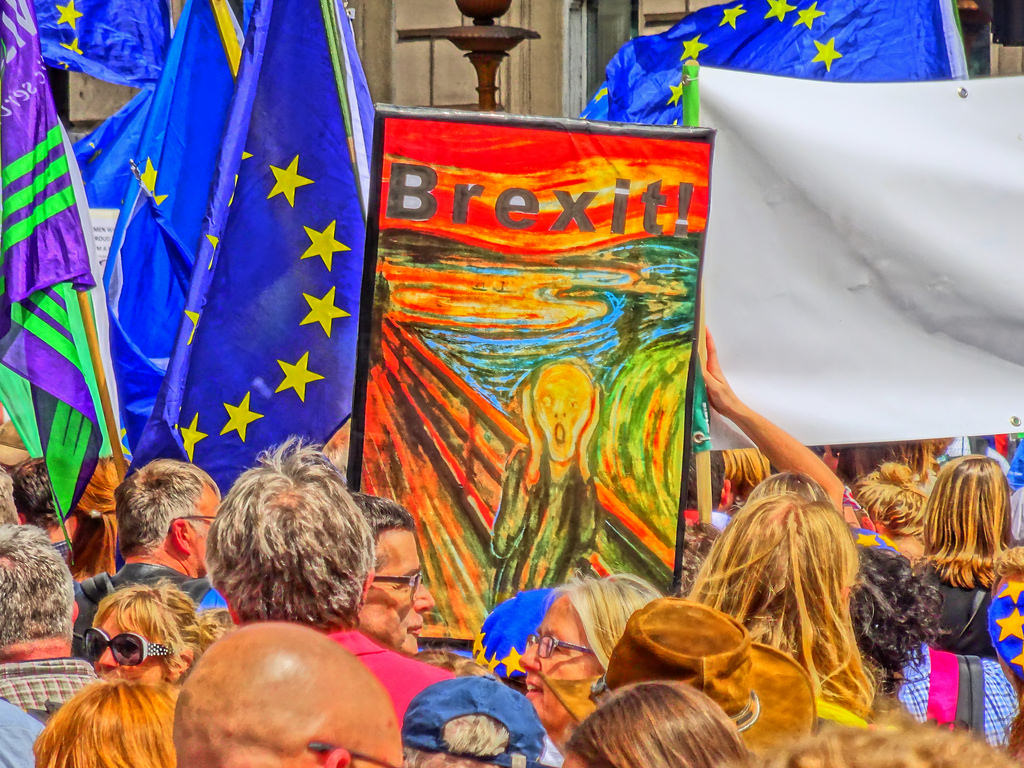 Brexit might be calamitous – but a ‘People’s Vote’ is worse

Let us presume that Brexit will be disastrous for the country. Whether true or false, it is impossible to discuss the issue of a ‘People’s Vote’ unless starting from this premise. No consensus will ever be reached so long as the merits of leaving are in dispute – two years have passed and Remainers and Leavers are no closer to finding any common ground. However, as the clamour for a second referendum grows louder and louder, this country is facing a crisis that makes the merits of Brexit irrelevant. Whichever way you voted, there is now only one way forward. Brexit must go ahead – even if it is as calamitous as many fear, preventing it would be far worse.

Calls for a People’s Vote began in June 2016 but have increased in volume as the Brexit deadline approaches. Oxford’s Student Union recently passed a motion declaring their support for a second referendum while at the Union, the same proposition was greeted with a chorus of ‘ayes’ while ‘noes’ were dismally quiet. My own college JCR, with the support of our dean, plans to help bus our students up to London so they can participate in a march. This is all dispiriting. Most worrying, however, are the justifications given. In 2016, Remainers made little attempt to disguise that they were simply trying to prevent Brexit by any means available. At the Union, however, the proposition argued that a second referendum was a democratic necessity to clarify the “will of the people”. Since the electorate were given only a binary ‘yes’ or ‘no’ choice in 2016, it was said that they never agreed to any specific final deal. Via this line of argument, People’s Vote advocates have perversely placed themselves as the defenders of democracy even as they hack at its knees.

Examination of their arguments reveals the insidious motives underlying them. It is true that the 17 million Leave voters might have sought 17 million different deals. However, they are all united because they placed their trust in the government to secure an outcome that would be preferable to remaining. No more specificity was required. Moreover, no more specificity was even possible. It is noteworthy that no advocate for the People’s Vote ever explained how the 2016 Referendum could have been reworded to resolve the need for another one. Any attempt to complicate the yes/no binary would have been impracticable for two key reasons. Firstly, if the ballot had given a range of responses from no deal to Chequers, the Leave vote would have been split and Remain victory guaranteed. Secondly, and even more crucially, Brexit is a two-party process. Any final deal must be the product of British-EU negotiations, negotiations which by necessity occur after the triggering of Article 50. As the last two years have demonstrated, this process is costly and exhausting. It would be ridiculous to expect the EU to come to the bargaining table before any commitment to leaving was made. Any specific options provided on the ballot would have therefore been reliant on EU approval after the fact. Worse still, Britain would essentially have told Brussels exactly what conditions to refuse to prevent our government from executing the specific Brexit they were mandated to deliver. Such leverage would have put our negotiators in an impossible position and made leaving impossible.

“People’s Vote advocates have perversely placed themselves as the defenders of democracy even as they hack at its knees.”

It is far easier to criticise the 2016 Referendum than it is to explain how it should have been done differently. Campaigners for a People’s Vote have failed to justify how the Brexit question could have been reworded to satisfy their issues. Consequently, it becomes clear that a People’s Vote was never about ‘fixing’ the first referendum. It is instead an outcome that they wanted to be inevitable.

Here the real motive for the People’s Vote becomes obvious. By arguing that two referendums are needed before Britain can leave the EU, the Remain side puts up far more hoops for their opponents than they would be willing to jump through themselves. Had 52% voted in favour of Remain in 2016, the issue would have been put to bed. However, there is just as great a diversity of perspectives among the Remainers as there is among the Leavers. Since Britain joined the nascent European Community in 1975, it has grown and morphed and will continue to do so. It is ridiculous to suggest that Remain voters consented forever to a changing role in the EU but Leave voters need to be given another chance to decide on the final deal. Both decisions implied an equal degree of trust in politicians to deliver a favourable future. Yet who can seriously suggest that the clamour of voices calling for a People’s Vote would have insisted on referendums ad infinitum if 2016 had gone their way? The hypocrisy is bitter. Demanding a greater degree of approval from one side than the other shows that this has nothing to do with safeguarding the democratic process. It is merely a partisan attempt to make Brexit more difficult to execute.

“There are few things more dangerous than subversives disguising themselves as democrats.”

Finally, let us imagine that in 2019 there is a ‘clarifying’ referendum – the electorate called upon to approve of the final deal. In 2016, it was shown that 52% of voters preferred to leave the EU. That decision is irrevocable. No new result could nullify it. If the public rejected the final deal, the government would simply be mandated to come up with another one. This cycle could continue in perpetuity until enough time had passed for Remainers to demand a redo of 2016 entirely, likely swinging the result in their favour as elderly Brexiteers pass away and more Europhilic adolescents become eligible to vote. Calls for a second referendum threaten to abuse the function to make Brexit a practical impossibility.

There are few things more dangerous than subversives disguising themselves as democrats. After the flimsy rationales are done away with, it is clear that the calls for a People’s Vote boil down to a single issue – many Remainers imagine the outcome of Brexit to be so calamitous that anything can be justified to prevent it. However, if we undermine our values so thoroughly, there will be nothing of this country worth protecting. If campaigners succeed in reversing the 2016 Referendum result, they will cause far greater damage to this nation than even the grimmest Brexit forecasts could ever predict.