Cuppers, for those of you not yet fluent in Oxford jargon, is an intercollegiate competition played in a wide range of sports, from shooting to powerlifting, every year. Football Cuppers gives colleges the opportunity of extra playing time, cross-division competition and the chance of winning silverware under the floodlights at the Iffley Road ground. Much like the FA Cup, it is where dreams can be made true and giants can be slain.

Oxford University Association Football Club will also be running the Hassan’s Cup this year after the success of the inaugural competition last year. The Hassan’s Cup is for teams that have been knocked out of Cuppers in the first and second rounds. Like Cuppers, the final is played under floodlights at Iffley for the chance of silverware. Unlike Cuppers (and the FA Cup for that matter), the silverware is presented by the one and only Hassan, of Broad Street kebab van fame. Hassan was in the stands for part of the men’s match and all of the women’s match last year (Hassan is a feminist).

The first round of women’s cuppers saw the reigning Hassan’s Cup champions Saints triumph 6-1 over Division Four Magdalen. Nevertheless, the Magdalen women should be proud to get on the score sheet against a ferocious St. John’s/ Anne’s team that was promoted into Division One at the end of last season. Last year’s quarter-finalists Worcester were knocked out by semi-finalists St. Catz in an exciting 4-2 match. Worcester were relegated into Division Two last season whereas St. Catz remain in Division One. Keble/Hertford are a team to watch this season after reaching the final of Futsal Cuppers last season. They trounced Division Four side St. Hugh’s 7-0 in their first round tie.

There are still matches yet to play in the women’s first round. Next Sunday will see a Turl Street derby between Jesus and Lincoln. Jesus will be looking to hit the ground running after the Divison Two side were narrowly beaten 2-1 by the Saints in the Hassan’s Cup final last year. Lincoln are new entrants to the league this season after participating in last season’s Futsal Cuppers, where they lost 6-0 to Jesus. Elsewhere, LMH/Trinity will face Univ. Both teams played in Division Three last season, however, LMH/Trinity finished top and play in Division Two this season. Nevertheless, they should expect tough competition from Univ who made it to the last eight of Futsal Cuppers last season.

Reigning men’s Cuppers champions Worcester started off their Cuppers campaign as they mean to go on with an emphatic 8-0 victory over Division Three Univ. An exciting Division One encounter between Teddy Hall and last season’s Futsal Cuppers winners Pembroke finished 5-1 to Teddy Hall after the teams went in to half time at 1-1. They are undoubtedly one to watch. Balliol and Queens were both relegated into Division One last season; however, the result was decisive, with Balliol putting three goals past Queens to seal their spot in round two. Meanwhile, Brasenose trounced their Division Three rivals Corpus/Linacre 6-1 in an unbeaten start to the season. Last year’s finalists New defeated last year’s Hassan’s Cup semi-finalists Oriel 5-0, who also sit in Division Three.

The second fixtures that have been drawn so far include a match between Worcester and Brasenose. After their excellent showing in round one, can Brasenose defy the odds and defeat last season’s winners who play three divisions above them? Meanwhile Teddy Hall face LMH, Balliol play Christ Church and New play St. John’s.

Eddie Jones: Cause for Optimism or Quick Fix? 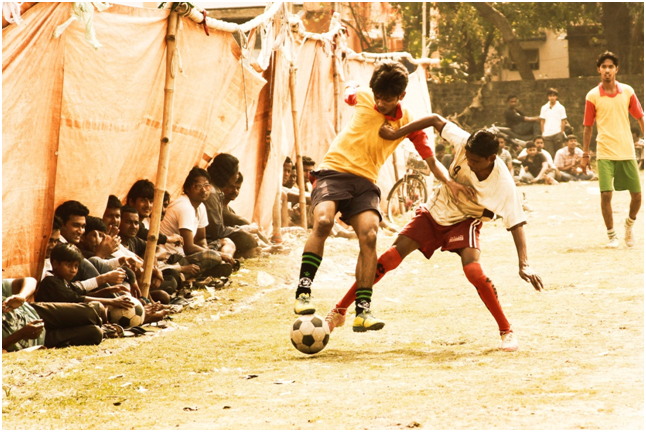 Does Football have a place in India’s rapid rise?