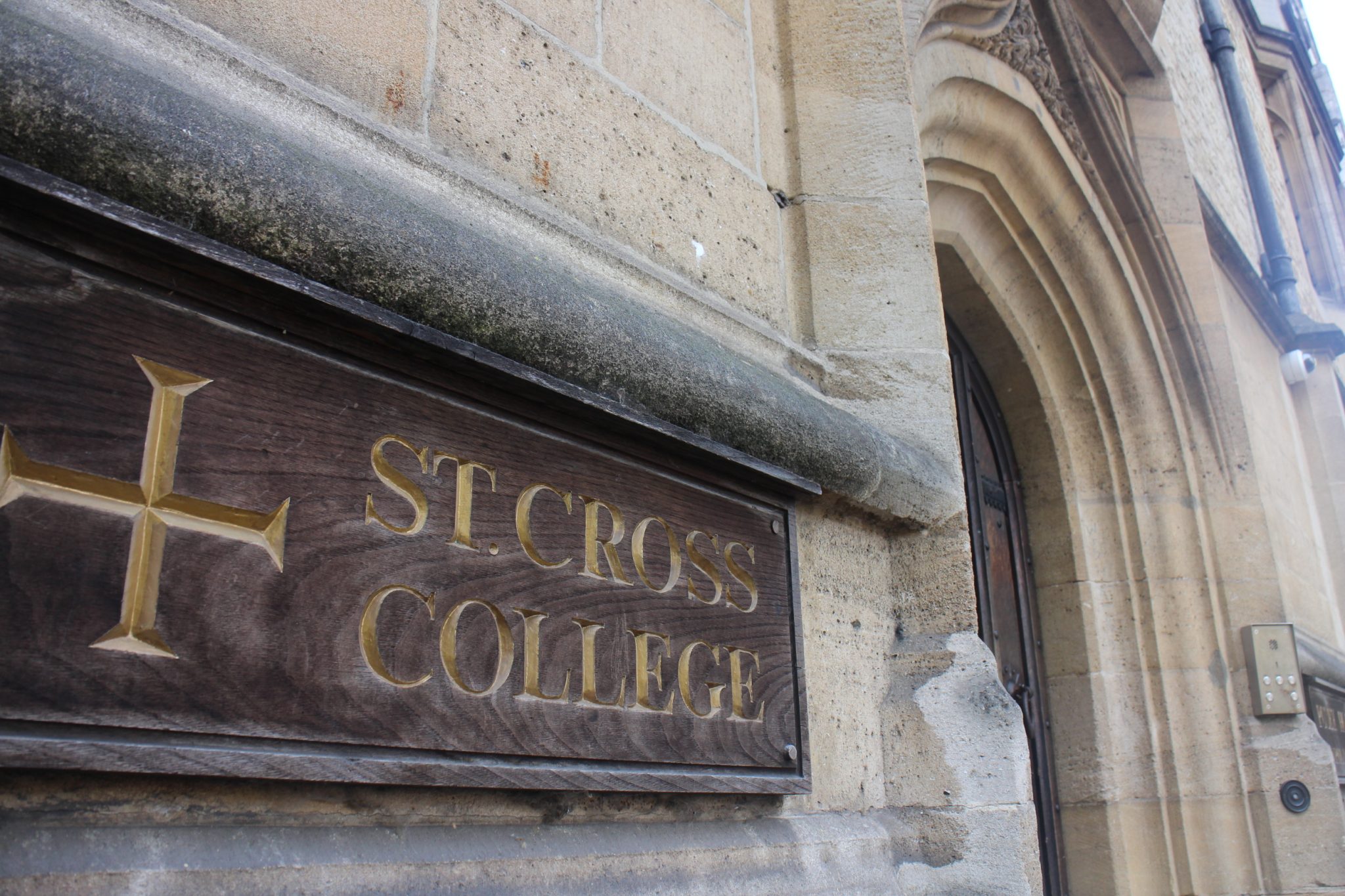 Please note that this article contains explicit discussion of transphobic statements and images.

Professor of Sociology and Fellow of St Cross College Michael Biggs has been posting transphobic statements online under the Twitter handle @MrHenryWimbush, The Oxford Student can reveal.

The Twitter account, named Henry Wimbush and still online at the time of publication, has been tweeting statements such as “transphobia is a word created by fascists, and used by cowards, to manipulate morons” since first Tweeting in January.

In order to substantiate the allegations made that the true identity of the Tweeter was Professor Biggs, it was found that the account in question could be linked to a partial phone number and Yahoo! email using freely available data and by making use of Twitter’s various functions. The Yahoo! email itself is also linked to a phone number ending in the same numbers as those previously identified, while also revealing that it is connected to the email address m**********gs@sociology.ox.ac.uk.

When this email is compared to those freely available on the Sociology Department’s website, Biggs’ is the only name that starts and ends in the correct letters, and also fits the number of characters exactly.

Another tweet states that the person behind the account has gone from “teenage shitlord to Oxford professor” [sic]. While this could refer to Oxford Brookes, the account references an update to their employer’s trans policies in a Tweet in February 2018. Oxford University last updated its transgender guidelines in March 2018, while Brookes’ was in May 2017, suggesting that the person behind the account was an Oxford University staff member.

Biggs has published a number of articles in his own name about transgender issues, including on University servers. One such article was published by Transgender Trend, which has produced literature for schools which states that teachers should not pretend “to believe an idea that contradicts material reality” for children with gender dysphoria, and includes one suggested answer for primary school children asking questions about a transgender classmate is that they “can’t actually change from a boy to a girl”. In this article, he suggests that suicide in trans children is “not […] a common occurrence” and that “transgendering organizations [cite evidence] from surveys that recruit respondents haphazardly”.

While this article focused on UK-based statistics, it still seems to contradict a study by Becerra-Culqui et al., using a cohort of 1,333 juveniles across California and Georgia. They found that hospitalisation for suicidal ideation before evidence of gender nonconformation could be as high as 29% in transmasculine subjects, though significantly less at 9% in transfeminine individuals. A UK based study by Holt et al., using a smaller cohort of 218 juveniles, saw suicidal ideation placed at 38.3% for transfeminine and 32.8% for transmasculine individuals, while suicide attempts were made by 12.3% of transfeminine and 13.9% of transmasculine individuals. Biggs has also written about his work at the Women’s Place UK (WPUK) event in Oxford in April – @MrHenryWimbush mentions attending other WPUK events – described by the Oxford SU LGBTQ+ Campaign in a statement as “predominantly about curtailing transgender people’s rights”. WPUK described this statement as “containing many inaccuracies”.

The account Tweeted 23 June: “If a woman had an unsatisfactory experience at a restaurant, would she get an apology from the city’s mayor with 1.5 hours?”, apparently in reference to Charlotte Clymer, a trans woman who was removed from a D.C. restaurant when she used the women’s bathroom after staff allegedly asked her to show her ID to be allowed in. The incident occurred in the evening, 22 June.

The account also Tweeted that the British medical journal The Lancet “endorses eugenics”, tagged “#transthegayaway”, in response to an article from the journal which states that “based on empirical evidence, clinician consensus, and results of non-randomised and observational studies […] [hormone] treatment should depend on an individual’s ability to make informed decisions, duration of puberty suppression, any coexisting health issues, and the level of family support.”

Other Tweets posted by the account include multiple posts misgendering New Zealand weightlifter Laurel Hubbard, asking for an explanation of how “the 2nd and 3rd placed women could have ignored this man”, accompanying an image of Hubbard atop a podium with two other weightlifters.

Another states that “gender-critical feminists almost invariably outmatch transactivists” with a suggestion that feminists “always have to argue against orthodoxy” while “transactivists are used to safe spaces where their ideology is affirmed and never challenged.” The last remark is accompanied by a snowflake emoji, with “snowflake” here used as “a disparaging term for a person who is seen as overly sensitive and fragile” (Merriam Webster).

The account also posted a meme with the caption “But I told them I am nonbinary” over a still from the TV show The Handmaid’s Tale, which shows four “handmaids” (women forced into sex slavery and resultant involuntary childbirth). The implication appears to be a ridicule of supposing that gender identity would matter in such a situation.

The account’s bio states: “AMAB transmasculine non-binary demiboy. Polyam aro/ace. 2 + 2 = 4”. This appears to be mocking certain labels of the LGBTQ+ community: “polyam[orous]” – “the practice of engaging in multiple sexual relationships” – and “aro/ace” – short for aromantic, meaning “having no interest in or desire for romantic relationships” alongside asexual, meaning “without sexual feelings or associations” –  are clearly intended to sound self-contradictory. “2 + 2 = 4” also appears to be a reference to George Orwell’s 1984.

Further Tweets that have been shown to The Oxford Student state that “the odd thing about transitioning is that it makes you LESS attractive”, while another states that @MrHenryWimbush can “almost picture your ladydick” in response to Tweets by other accounts. A reply to another Tweet alleges that transgender people are “five times more likely to be tweeting “choke on my ladydick, cuntwipe””.

In addition, both the Oxford LGBTQ+ Society and Dr Clara Barker, a trans woman and vice-chair of the Oxford University LGBTQ+ Advisory Board, have confirmed to The Oxford Student that they have passed on complaints about Biggs to the University in June. The account’s last activity was on July 1st. Further allegations by Mac Harrison could not be substantiated.

Dr Clara Barker, who is mentioned in the account’s Tweets, told The Oxford Student that she is “concerned by [Biggs’] personal views. That he may be linked to an account is one thing, but he has since started speaking very publicly as an expert of gender diversity.

“I find it hard to believe that he can say these things [referring to articles and printed comments by Biggs] outside of work, when they are so clearly in opposition to University guidelines and policies, [or] that those views can be left completely outside of a lecture hall. I really worry for any trans students that have to work with him. I would be very uncomfortable around him knowing his views.”

St Cross College, of which Biggs is a fellow, referred us to the University Press Office, as did the Sociology Department, where he is a Professor. While stating that they “cannot comment on specific allegations”, the University’s statement said that “The University aims to create an inclusive trans-friendly culture, workplace and learning environment, free from discrimination, harassment or victimisation, where all transgender people are treated with dignity and respect. We aim to anticipate and respond positively to the needs of prospective, current and former students and staff in relation to gender identity issues, providing a professional and consistent service so that all trans members of the University feel welcome, safe, valued and supported to achieve their potential and contribute as a member of the University. Transphobic abuse, harassment and bullying will be dealt with under the University policy on harassment and bullying.”

Ellie Oppenheim, President of the Oxford University LGBTQ+ Society, commented that “Upon hearing about the allegations made against Michael Biggs, the OULGBTQ+ Society were very concerned. Having received complaints in June, we immediately contacted the pro-vice chancellor for equality and diversity to forward them on. We also communicated with the vice chair of the LGBT+ Advisory Board (Clara Barker), who supported us in our decision to go through the official university channels of complaint. In terms of our next steps, we will continue working under the guidance of Clara Barker, and remain in close communication with the pro-vice chancellor for equality and diversity.”

Biggs, in response to a request for statement on his stance on transphobia, said: “It is not transphobic to discuss the merits of legislation or to debate theories about sex and gender. Dictionary definitions such as ‘woman: adult human female’ and ‘lesbian: female homosexual’ are not transphobic. Nor is it transphobic to call the convicted rapist Karen White – who was placed in a women’s prison – a man.”

When asked if he supported the University’s position on transphobia, he said: “I treat students and colleagues with respect and so would never call a member of the University by a pronoun which he or she found objectionable.

“I do not, however, believe that gender identity supersedes sex, any more than I believe that Jesus was the son of God. Therefore I oppose any attempt by the University to establish an official doctrine on gender, just as I would oppose the imposition of a single religion or one particular position on Israel-Palestine. The enforcement of orthodoxy – often disguised as ‘diversity’ – would destroy the University’s very foundation: academic freedom.”

His full statement can be found on his website.

The Oxford Student is currently investigating other claims of harassment and inappropriate comments by staff members of the University. If you have experience of this, and would be happy to be quoted anonymously, please use this anonymous form.

A previous version of this article described polyamory and asexuality as mutually exclusive. We acknowledge that this is not the case and have amended the article accordingly; please get in touch about any further issues with this definition! We have also on recommendation clarified that one quote makes reference to 1984. Thank you to @hans_fowles and @MrsMeadowsweet for clarifying these points. It has also been amended to include further Tweets which have been passed to The Oxford Student.