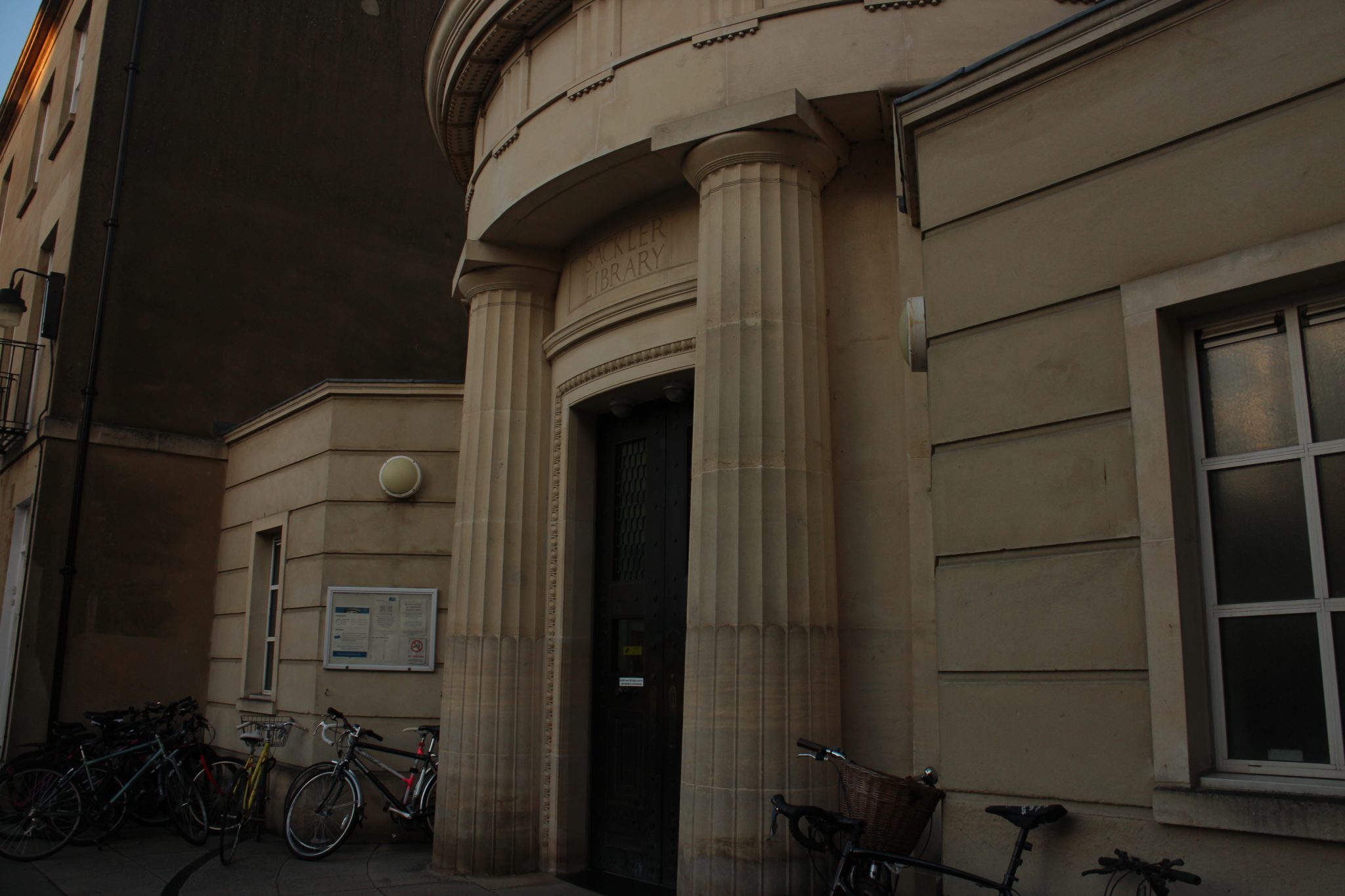 The stereotypical image of the workshy Humanities student is well-established in Oxford culture. The regimen of self-supervised library sessions and weekly essays, it is often assumed, must be conducive to a relaxed schedule of late night revelry and late morning lie-ins. For at least one BA degree, an investigation by The Oxford Student gives the lie to this myth.

After collecting testimonies from over 70 students across Oxford’s colleges, The Oxford Student can reveal the scale of work with which Classics students are currently burdened, the impact this has had on their mental health and how tutors are breaking their own rules by setting more essays than the Faculty mandated maximum.

The Oxford Mods Handbook, available on the Classics Faculty website, states clearly that: “There is considerable variation among colleges in the way they timetable the course; whatever the detailed arrangements, tutors have agreed that undergraduates should be expected to write no more than twelve essays in any one term.” Our survey suggests that as many as 50% of all Classicists have been set more than twelve essays in a term, with some reporting as many as 20 essays including commentaries.

“It has been dire. I can never complete the amount set as well as catch up on what I’m behind on. There’s no communication between college and faculty so I’m being overloaded by both sides”

Many recalled being set 16 essays in a term in addition to language work. One Classics student told The Oxford Student: “This term I’m doing four modules, and will have done over 20 essays by the end of it; previously I have done 16 essays a term relatively regularly.” Lack of internal communication seems to be a key culprit, as students report being more likely to exceed the 12 essay rule when one has two tutors from different faculties, such as Classics and Philosophy, or from different colleges. One student said: “The issue for me has usually manifested on 8 week options in philosophy, archaeology, or art history with tutors who are not aware that I was doing two modules” (most Classics modules take 12 weeks).

Although students do have the right to refuse essays if they have already exceeded the Faculty-mandated quota, this can be difficult to broach with a tutor. A fourth-year classicist said: “Tutors were mostly okay but obviously had no idea how much work I was under, and every time I tried to explain I was essentially told to just manage my time better and work harder. The attitude was ‘sorry about it but I need to give you x amount of teaching hours and essay feedback and it’s on you to meet that, whatever the circumstances’. Another common line was if my tute partners at other colleges could do it, why couldn’t I?”

Another problem brought out in the survey is that as many as 27% of Classics students don’t even know that there is a 12 essay rule.

The excessive quantity of essays represents much more than a mere inconvenience. Our investigation reveals the mental health crisis that stems from the intense academic pressure placed on Classics students. One  fourth-year recalled having to “stay up to 4am at least twice a week in Trinity term of my first year trying to finish all my work. I would constantly leave the library in tears from how tired I was. The worst was a 5 day stint of 4ams and 5ams with two or three hours of sleep a night – I managed to hand in all my essays but they were terrible and completely incoherent, obviously.”

Our investigation suggests that this perspective is far from unique. A second-year classicist said of the workload: “It has been dire. I can never complete the amount set as well as catch up on what I’m behind on. There’s no communication between college and faculty so I’m being overloaded by both sides.

“I feel almost constantly overwhelmed as there’s never a chance for a break or breather. Tutors will say to look after your mental health and stop work by 10pm, get enough sleep etc. But that is completely impossible given the workload and makes me feel worse. I have multiple meltdowns a week because of it and have crashed from exhaustion at some point every term.”

A third-year classicist described a particularly troubling Trinity term. “My mental health plummeted and I was severely depressed for most of term, owing to my inability to balance the increased workload with my extra-curricular and social activities. It essentially resulted in me failing to meet deadlines since I was so stressed and overworked all of the time.

The impact of this unrelenting schedule of essays extends beyond stress and depression. One classicist recalled noticing “a lot more feelings of fatigue. I get stomach/IBS symptoms when I’m subconsciously stressed which I thought I’d grown out of but it came back a lot at Oxford.” Another explained that “writing essays triggers my OCD and in times of stress a single essay can take me up to four times longer than it should, but I feel that alternatives (i.e. submitting a detailed essay plan outlining my ideas) are frowned upon.

“Additionally, almost all my tutorials are one on one which is far too intense for me. I have regular panic attacks during term time and my anxiety levels have greatly increased. I feel guilty about almost all time off I take, whether that’s spending time with friends or just sleeping, as I always think about how much more I could or should be doing.”

Classicists don’t even get a break in the vac. Indeed, one of the recurring themes across the testimonies collected by The Oxford Student is that the holidays can be even more draining than term time as Classics students are denied the opportunity to recuperate. A second-year described how “vacation periods are a nightmare. So much reading is set I have never once been able to get through it all and always return to the next term still knackered. I don’t get the chance to rest properly and then get very stressed about collections which stops me doing well.”

Corroborating this experience, another reported that “what I’ve probably found hardest is the amount of vac work we have – if it was just the intense eight week terms that would be OK, but it feels like a while since I’ve had a proper break and taken some time for myself.”

It seems the burden has fallen particularly hard on Course II classicists who come to Oxford without any previous experience of Latin or Greek and are provided with daily language classes in addition to the standard diet of essays, tutorials and lectures. This raises a potential access issue as Course II classicists tend to come from state comprehensive backgrounds.

One Course II classicist told The Oxford Student: “The workload is completely ridiculous and the amount of Mods texts means no-one is ever properly prepared or gets a moment to really enjoy the literature unless you come to Oxford with a very privileged language education and find the language side easy – I do not as one of the few state comprehensive classicists which makes everything harder.”

A fourth-year said that tutors often fail to understand the unique challenges faced by those on Course II. Recalling one instance of being compared to their Course I tutorial partners, they said: “It just made me feel completely incapable even though I knew they weren’t under as much of a workload as me or learning as much language as me.

“I became a completely different person to how I usually am, I broke down in tears in one tutorial after a tutor told me my work wasn’t good enough, when obviously it wasn’t given I had two days to read for and write an essay I had no idea about and had barely skimmed the set texts for. It just constantly made me feel like I wasn’t good enough and got in by a mistake since I wasn’t able to keep up with the ridiculous deadlines set for me.”

Lucas Bertholdi-Saad, Oxford SU Vice President for Access and Academic Affairs, told The Oxford Student: “This investigation is so valuable in helping students hold their tutors and their department to account. It is so important that we engage with these recommended patterns of teaching and course handbooks, because if we don’t we run the risk of creating disparities between colleges, unfairness within courses, excessive burdens on students and unrepresentative pictures of workload.

“At almost any other university, different students getting different teaching time on the same course would be a scandal. It should be here too.”

Even within Course I there are discrepancies in workload as students choose between the 1A, 1B and 1C streams depending on whether they have studied both Latin and Greek to A Level, or just one. A Course 1B student recounted the agonising application process: “I was told by my school teacher before coming to Oxford that not only was I choosing one of the most academic colleges, and not only choosing ‘the hardest degree’ for myself in doing Classics, but that in studying Course 1B I would be studying the most difficult option within the degree. I was lucky enough that she encouraged me to go for it regardless. But it’s not hard to imagine a situation where someone, who like me had not studied both languages before, would feel very discouraged from the entire process.”

The Classics Faculty said in a statement to The Oxford Student: “The Faculty is concerned to see the comments from some students about mental health problems they are experiencing. Students encountering difficulties should always come forward to raise issues about workload with their college tutor and with the Faculty. There is also an extensive welfare support framework in place in colleges and through the University’s welfare services.”

They continued: “Classics (LitHum) and Classics Joint Schools at Oxford are challenging courses, making significant requirements of students during term and part of the vacation. We are eager to ensure all our undergraduates enjoy and benefit from the stimulation our courses offer, while continuing in good mental health at the same time.”

The Faculty noted that they have been working with students through the Joint Consultative Committee for Undergraduate Matters (JCC), especially regarding Course II students.

There are some who think the Classics curriculum is perfectly adequate. Numerous respondents testified to a general sense of satisfaction with the course. One Course I third-year, despite having been set more than 12 essays in previous terms, even stated that “I believe the amount of work I have had has been beneficial for my well being – it has kept me driven and organised and has not been overwhelming.” These responses, however, are in a minority of those received by The Oxford Student and only serve to testify to the disparities in experiences which exist across year, course and college. As Bertholdi-Saad points out: “At almost any other university, different students getting different teaching time on the same course would be a scandal. It should be here too.”

Many of our responses feature variations on being constantly stressed and overwhelmed. Whilst our survey’s respondents constitute a minority of the total population of Oxford’s classicists, these testimonies are statistically significant. The data suggests the Classics department is letting down too many of its students. If there is just one conclusion to be drawn from this investigation, it’s that the spectre of essay deadlines, on top of language work and lectures, is exacting enough without tutors exceeding the maximum workload established by their own Faculty. 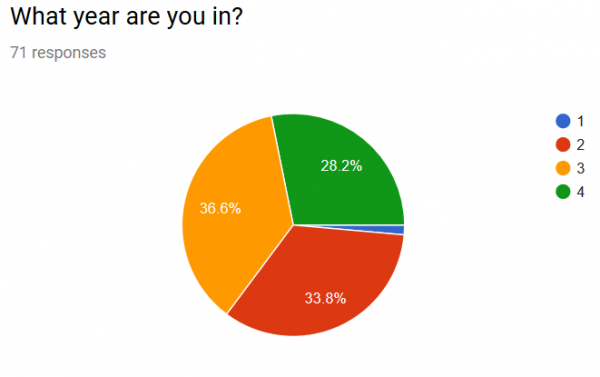 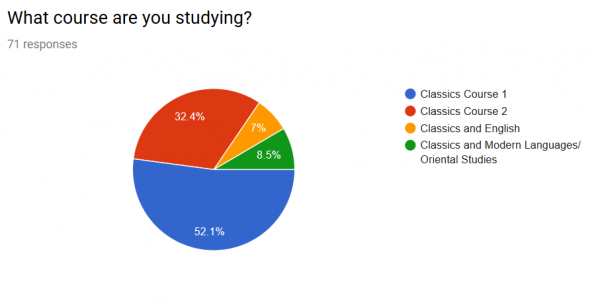 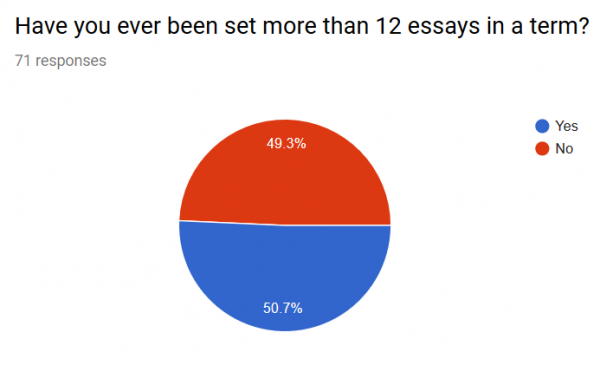