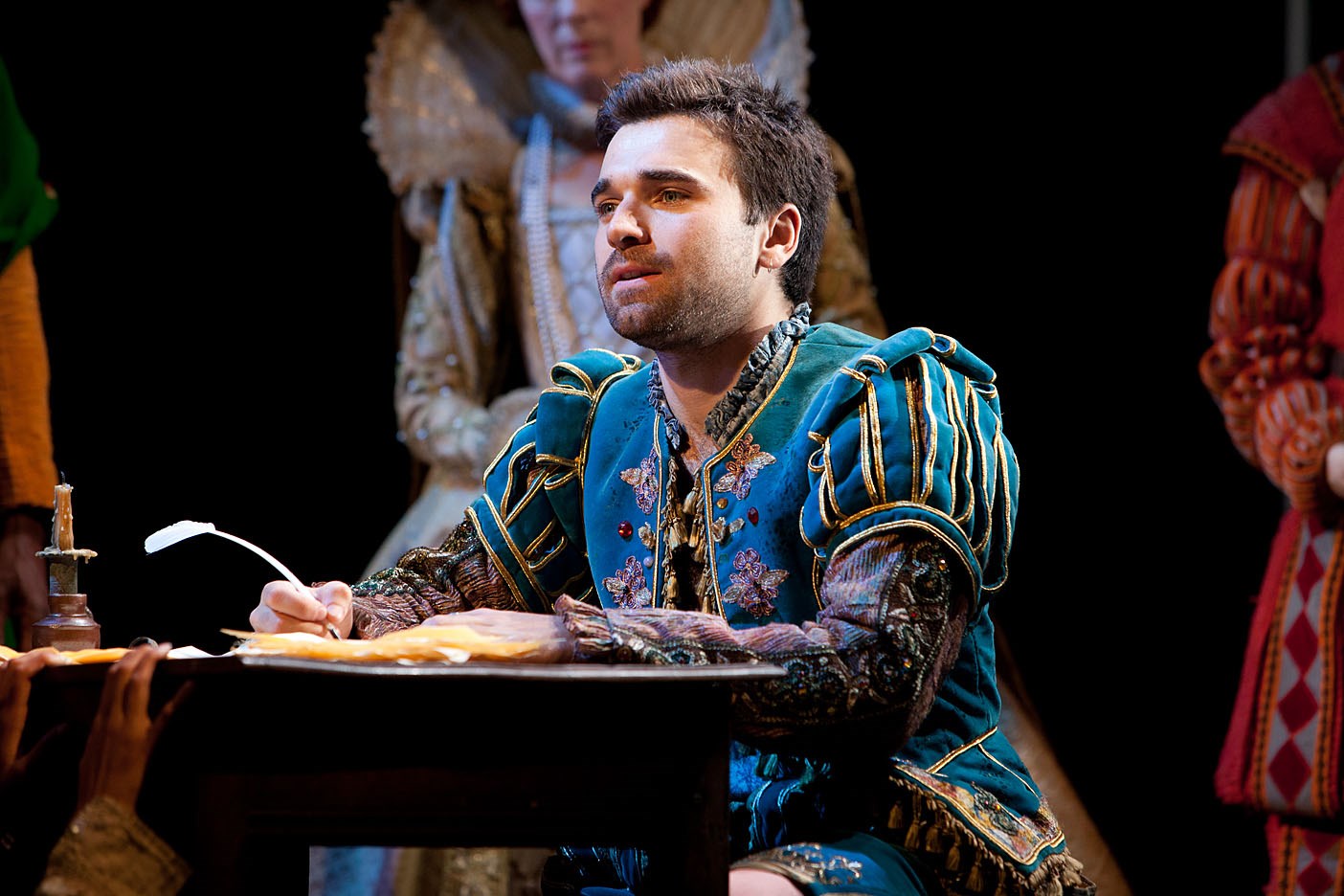 Image courtesy of the Oxford Playhouse.

Adapted from the Oscar-winning original film, Shakespeare in Love took to the Oxford Playhouse stage for a comedic take on how one of the world’s most famous plays came to be. Utilizing how little is known about this famous writer, the story imagines William Shakespeare as he struggles to write his latest play, Romeo and Ethel the Pirates Daughter. Soon finding his muse, Will falls hopelessly in love with Viola De Lesseps, a women with who adores both the theatre and Shakespeare’s work. When she dresses as a man in order to play the part of Romeo, you’ll be kept laughing from start to finish as Viola/Thomas Kent wins the heart of the Bard.

I attended the Halloween evening show, but what made this performance unique was the captioning on either side of the stage. While the accessibility feature gives the audience a chance to enjoy a play no matter their circumstance, I found the written text handy for times when I couldn’t quite pick up the unfamiliar Shakespearean vocabulary. From my initial worry that the extra screens would be distracting, I am pleased to say it enhanced the experience.

I think the trouble with adapting a film for the stage lies in having A-list actors as the first faces for the characters. Should the audience be expecting Gwyneth Paltrow and Judi Dench look-alikes? Thankfully, the cast for this performance held their own and I quickly gave up comparing the two and settled into the escape that a stunning performance allows.

Where I found my thoughts drifting away from the story was in noticing the costume details. From my seat a few rows back from the stage I could see that juxtaposed with the 16th century clothing were pieces you’d see from H&M. Will climbed the balcony to whisper sweet nothings to Viola De Lesseps in the comfort of skinny jeggings. I watched carefully, spotting other repurposed garments on the rest of the cast: leather trousers, bedazzled hummingbirds on a funky jacket sewn into a convincing period correct doublet. I thoroughly enjoyed seeing the clever alterations throughout the rest of the show, and as someone who has helped make corsets from scratch for ballet productions, I think this method was genius.  For a comedy of its nature, the inclusion of modern pieces added to the fun and slight farce of Shakespeare in Love.

The stage was another noteworthy element, featuring a structure that rotated on a platform allowing for quick scenes changes and a dynamic setting. From the post-show Q&A, I learned that this was designed to mimic the camera angles used in film that give an audience an alternating point of view. With stage plays often having static backdrops, give or take a change between acts, this added to the excellence of the show.

I was impressed by the purposeful use of having the sources of music and sound effects always seen on stage. During a boat scene, a man sat with a bucket, scooping water in his hands in time with the rowing motions of another actor. It was beautiful to watch, something I have yet to see in other plays. The musicians played from balconies or well-lit sides of the stage giving so much life and reality to the show, something that a film just does not offer.

As a lover of the film, I have been converted to a fan of the stage adaptation. There’s something about the intimacy of a stage play, bearing witness to such realistic romance that it almost feels invasive to watch. From the echo of poetry spoken aloud to the intoxicating smell of a lingering candle light at the curtain call, Shakespeare in Love is magic.