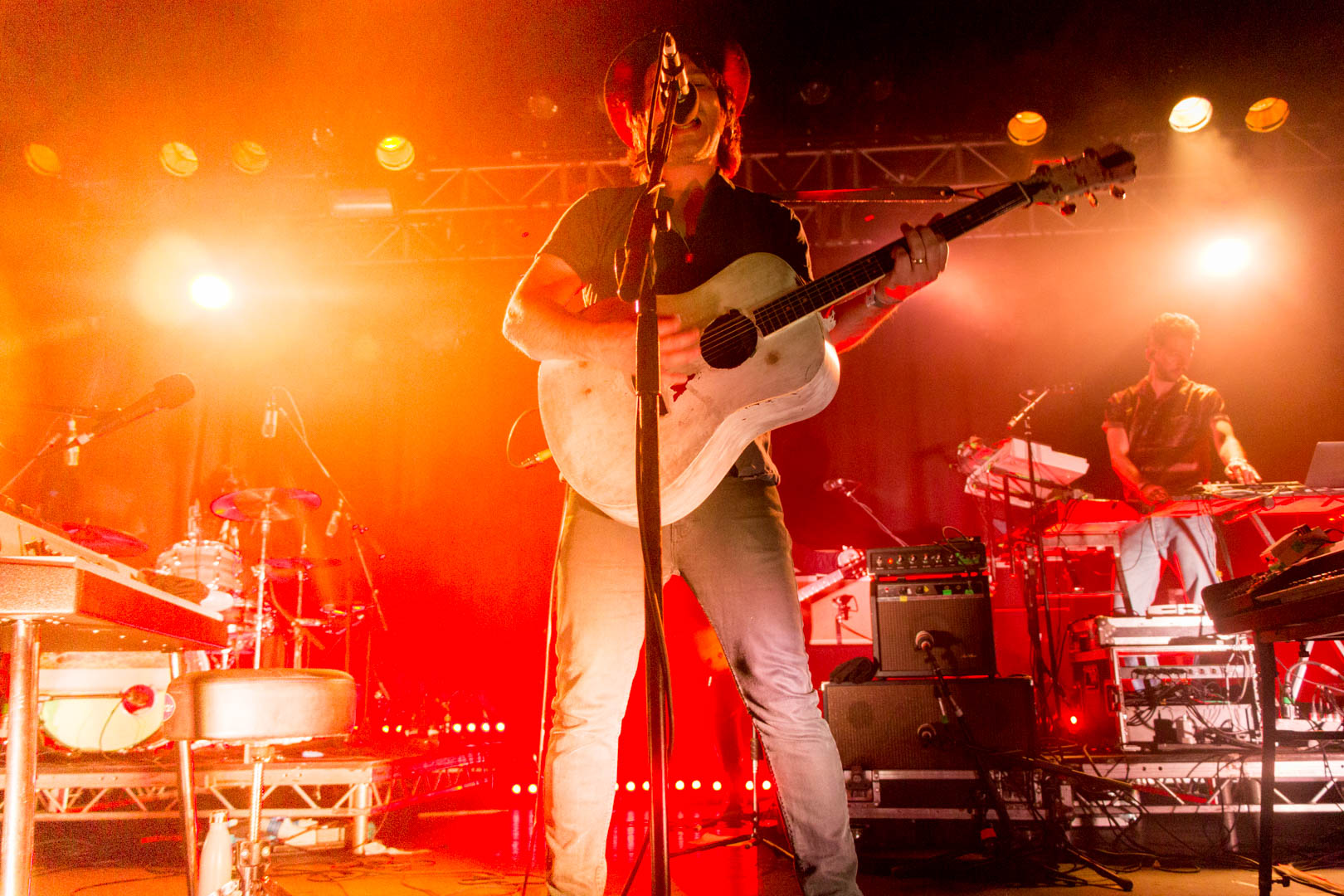 For the second year now, a clutch of the UKs brightest alternative rock acts invaded Oxford’s Cowley Road in a host of tour vans and buses for the Ritual Union Festival. I spent a Saturday evening hopping from the Bullingdon to the O2 Academy to the Library, and back again, taking pictures and cultivating judgements. I would munch on rich and flavoursome canapes of rock, spending two or three songs chewing and digesting, before hightailing away to catch the next act. I was a man on a mighty cultural mission. There was no time for dinner. Must eat music. Yum.

Boy Azooga are great fun at half-one. What’s so delightful about Boy Azooga, and their creative spearhead Davey Newington, is how four dainty-looking young men with thin hair and sagging T-shirts could so incongruously unleash such devastating riffage, as showcased on their stellar debut LP, 1, 2, Kung Fu, released in June. The concept of crunching out rockers like ‘TT-50’ and ‘Face behind the Cigarette’, or the unreleased newbie ‘Jackie’, to eager audiences is clearly still a novelty to them, and the enthusiasm is infectious. There’s tenderness though, in the spine-tingling, ‘Jerry’, about an “old friend”, who by the way is (was?) his dog. We await their next moves.

When the evening begins its ascension, The Lovely Eggs provide a muddy and mischevious sludge o’ grunge at the Bullingdon. “You Poo”, they howl, “You Poo!” Singer and Guitarist Holly Ross proselytises day-drinking and essential, local music spaces like the Lancaster Musician’s Co-Operative, threatened with closure by the city council. We all know about Oxford’s problems with the Cellar. We must sign the petitions, because without these places, how else are we meant to irreversibly damage our hearing? 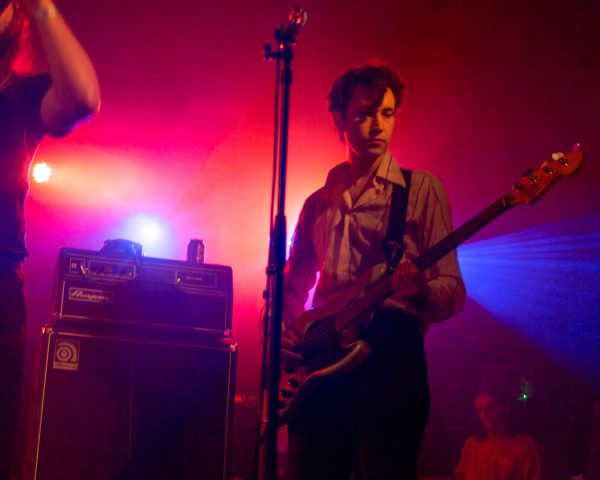 A band I’m grossly over-excited about these days is Gently Tender, named after a track by the Incredible String Band, brought forth from the ashes of bygone guitar-yelpers Palma Violets. I sprint to the O2 with my freshly secured Photo-Pass so that I won’t miss a second. What receives me however is a sound check grumpily over-running, a meagre crowd more loitering than attending. At this point I remember that Gently Tender have only released two songs, that this is their first show outside of London, and that they haven’t been around for very long at all.

“If you’re feeling fine, what comes into your mind?”

And yet, how soulful, sweet and inspiring they are! With the warm embrace of melodic 60’s folk-pop surrounding them, Gently Tender sing songs of the heart,  the bassist is cool-as-fuck and my aches and pains are massaged away for a while. “If you’re feeling fine, what comes into your mind?”, sings debut single ‘2 Chords Good’. Erm, this song? This band?

Then the evening rush. Husky Loops brood in black and sizzle through robot riffs. Their new EP is on the way, though it takes them a while to work out exactly when, y’know, dates and stuff.

Mercury Prize short-lister Nadine Shah wobbles and funks on the O2 Main Stage, grooving out in a slick black suit and spidery legs.

Not much more to say, because I must dash off and see the mean and menacing Suuns, a dystopian haze of wires and ear-busting guitars. The physical push of the drummer embodies the red-raw anger of Suuns, who could have been an ‘indie’ group, whatever the fuck that means, if they hadn’t discovered dangerous electronics.

Mmmm, Cassels next. If you’ve ever been to the music venue downstairs at The Libary, you’ll understand what I mean by the term ‘low ceiling’. Behind the audience on the black and white checkered floor, Cassels are playing. You might not see them but you will definitely hear them. They are young, loud and abrasive.  It’s so warm they’re both shirtless. They are mostly glorious noise and shouting, but occasionally they’ll stop, with great drama. At one point they pull the plug on themselves by mistake. I took a picture of them as they were loading their van and preparing to head back to whatever normal and quiet kingdom they reside in.

What can I say about Ghostpoet? Implicitly edgy and cool, I reckoned, especially given that he has the title ‘poet’ in his name. The main problem was that the vocals were mixed too low, and I couldn’t hear any of the lyrics, which is mega-shit!

No. I’ve not felt so endangered at a rock gig until I caught Bristol miscreants LICE at The Library agitating their audience with maximum volume, orchestrating the mosh directly. “We played Bristol earlier today and were extremely nervous. But now we couldn’t give a single solidified fuck!” WOOOO!!!!

If you’re at the front and into it, LICE are incredible. But if you observe from a distance, you’ll hear only arrogant barking and rotten sounding bass, and almost be annoyed. You can say that LICE are “dangerous” without sounding (too) pretentious, a grand achievement on their part.

Finally,  it’s Oxford legend Gaz Coombes. You can no longer adequately describe him purely as “ex-Supergrass” frontman Gaz Coombes” because he’s now released three solo albums and has triumphantly forged a new path of his own. Trilby hat, trenchant chords, keyboard balladry, songs called ‘Shit (I’ve done it again)’, plus a trio of backing singers in Mondrian dresses? Gaz knows how to put on a good headline show. Solid. Admirable.