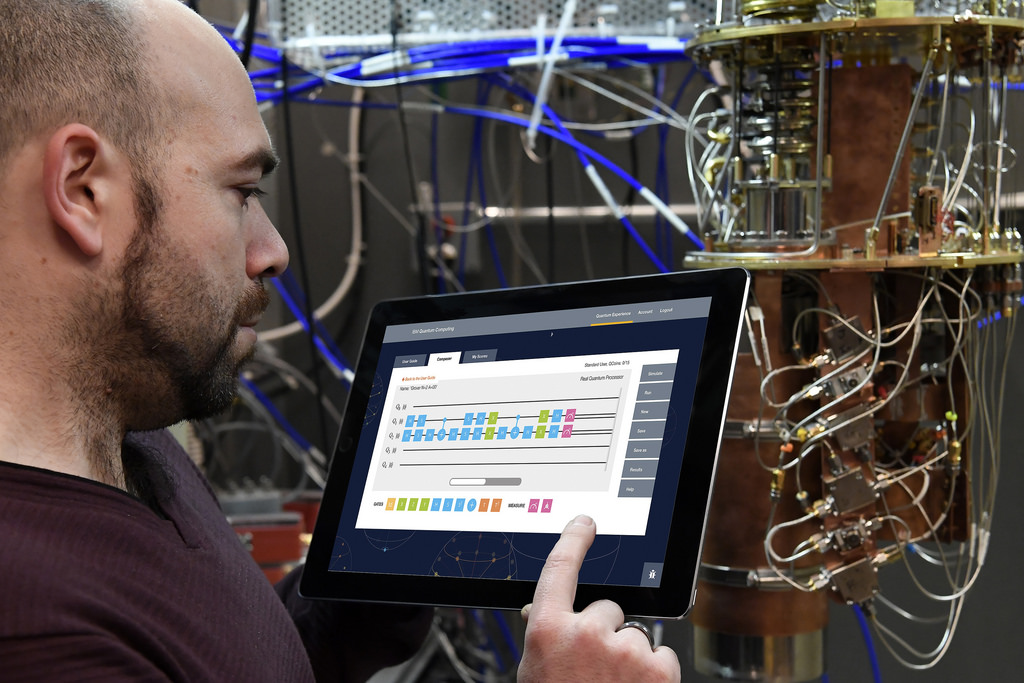 Quantum Computers Proven to be Better than Classical Computers

Researchers worldwide continue to make strides in the race to build early stage quantum computers. It is thought that quantum computers will achieve the impossible, or at the very least do things that existing computers would need decades to complete. It is not as simple as increasing speed, the motivation for quantum computing reaches beyond that. At the moment only simple tasks can be performed on these developing computers . While they have very limited capability it serves as an important step in learning how to use them and developing the skills. It is possible to do this on an emulator – a piece of software pretending to be a quantum computer but the benefit of using real hardware is to see what happens when you run your algorithm on a real machine.

This week we have proof that these new computers will, in fact, be superior to traditional classical computers. A paper published in Science by a team from the Technical University of Munich and IBM outlines how their quantum circuit solved an equation that a classical computer could not. This does not yet prove quantum supremacy, but it is a stepping stone towards it. As quantum technologies are still in their infancy, we are not likely to see them replacing our modern devices, instead they will become a tool that compliments existing computers.

Classical computers, the ones we have in our homes and in our hands, use bits, the smallest unit of data that are valued as either a 0 or a 1. Given that the natural world is not binary, you can’t expect our everyday desktops, or even supercomputers to tackle complex and unpredictable problems in a series of simple digits. With quantum computing we have qubits, or quantum bits, which can be both 0 and 1 at the same time—this is called superposition, one of the key principles that differentiate the two kinds of computers. This explains why it is suspected that quantum computers will be able to model and run simulations for biology and chemistry—imagine testing new medicines in a safe environment where computers instead of humans are in the trials. As scientists and engineers get closer to making quantum computing a reality the exact applications are still unknown but the theories of who and what will benefit are enough to drive billions of pounds globally into this research.

It’s no surprise that household names like Google, IBM, and Microsoft are heavily involved in the pioneering research and development of quantum tech, with Boeing recently joining the venture by introducing their Disruptive Computing and Networks organization that will focus on utilizing quantum computing as well as artificial intelligence within the aerospace industry.

What you might already be seeing online are quantum computers that use superconducting circuits, intricate devices that resemble a bronze chandelier but this is only one type of technology. Other methods of building a quantum computer include ions, cold atoms, nano-wires, diamonds, and silicon. The UK is developing its own viable scalable quantum computer based on trapped ions.

The University of Oxford leads a national quantum computing effort with a research hub known as Networked Quantum Information Technologies (NQIT), a consortium made up of nine universities: Bath, Cambridge, Edinburgh, Leeds, Oxford, Southampton, Strathclyde, Sussex, and Warwick. NQIT is one of four quantum technology hubs that were formed with the UK Government’s £270 million investment in the UK National Quantum Technology Programme in 2014. The initial investment will be receiving another £80 million to further development across the hubs for another 5 years. NQIT is hard at work seeking to boost the quantum economy for the UK while helping industry get quantum ready.

‘NQIT has embarked on a grand adventure of science and engineering hitherto unprecedented in human history to build a new type of computer, a quantum computer, that one day could change the world. Amongst billions we are a privileged few who are part of this pioneering story, journeying forth with human strengths and human frailties to birth an idea first imagined over 3 decades ago,’ Technology Associate for NQIT, Rupesh Srivastava told the Oxford Student.

Through NQIT, the University of Oxford was chosen to join the IMB Q Network as a hub partner, the only university in Europe to be selected to use IBM’s latest commercial quantum computing hardware.

It may be a multiplayer race towards quantum computing but bringing these technologies into full fruition is a global effort, not only to benefit humanity but for the unyielding joy of scientific advancement.