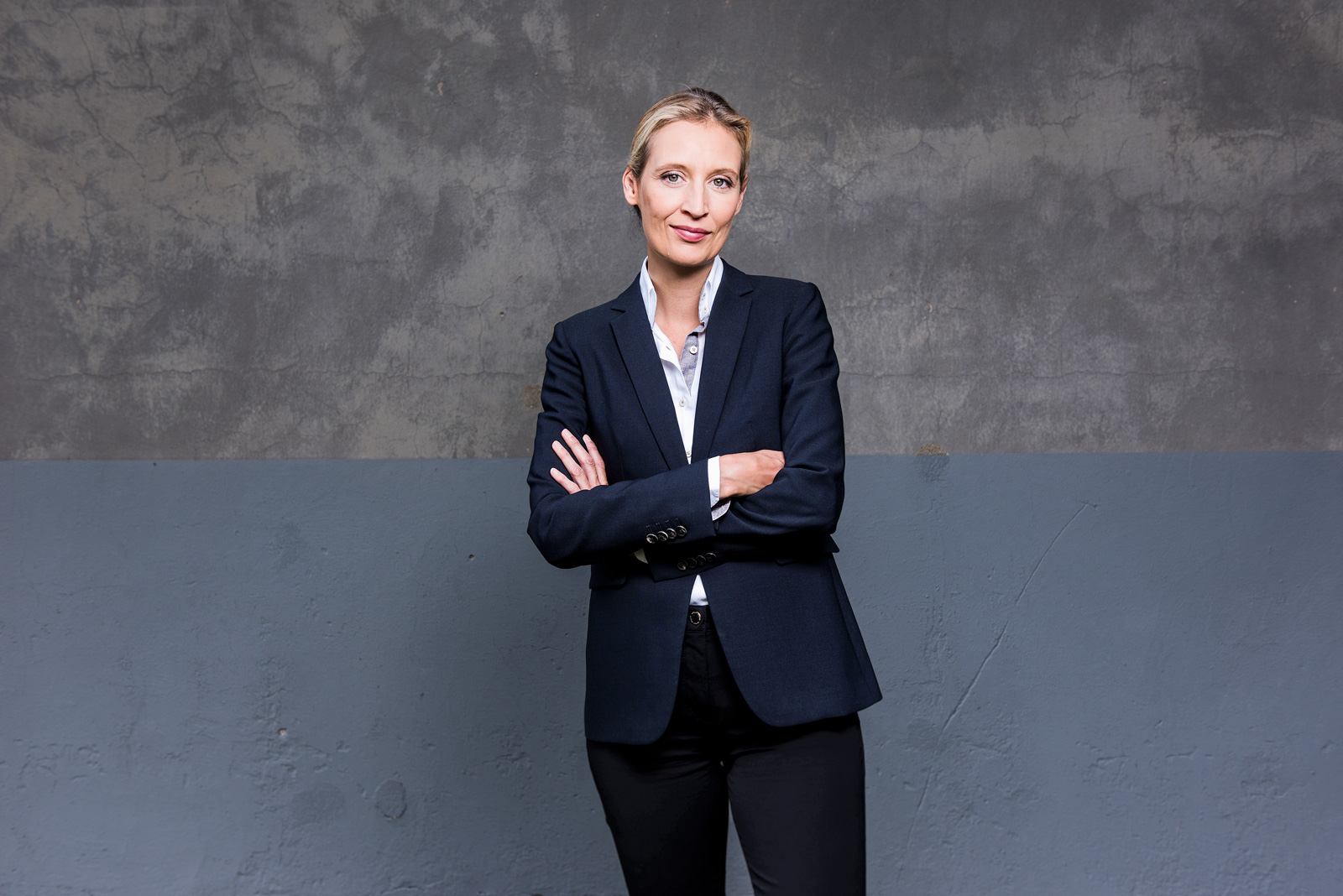 Debate: Was the Union right to platform Alice Weidel?

Harold Macmillan once called the Oxford Union “the last bastion of free speech in the Western world”. If you think that’s a compliment, as I do, you may find yourself in the minority. Recently, more than two-thirds of our representatives at the SU voted to condemn the Union for hosting Alice Weidel, leader of the German far-right party AfD. Her cancellation, said to be due to security concerns, was celebrated with a joint statement from 28 student societies which once again decried the initial invitation.

“Oxford is anti-fascist!”, proclaimed one proud signatory. Let’s accept that Weidel is a fascist – it’s hyperbolic to the point of inaccuracy but let’s accept it anyway. Anti-fascism, while a noble goal, threatens to become anti-liberalism when it is pursued via the wrong means. As a private institution, the Union has no obligation to uphold any ideal of free speech. Indeed, it can be as censorious as it wants. However, it does have an obligation to its members – an obligation to deliver on the promises that made them shell out nearly £300 to join. The Union is dedicated to the pursuit of knowledge and founded on the principle that we all stand something to gain from hearing one another speak.

Debate tests the metal of ideas, determining which stand up to scrutiny and which crumble. Even if nobody is swayed from their position, everyone gains a stronger understanding of their own perspective having been forced to refute the cases against it. The value of Weidel’s visit is even more concrete – as the leader of the opposition in the Bundestag, she represents the views of approximately 13% of German voters. However objectionable AfD might be, they are clearly an important part of the political landscape of Germany and Europe. We have something to learn by listening to what she has to say.

“There was no danger of validating what was previously proscribed by society – the Overton window has shifted already.”

What could justify the calls for the Union to censor her? Joe Inwood, our SU president, suggested that Weidel’s views were “contrary to those of Oxford students” and it’s impossible to deny that many would be horrified by her stances on immigration, Islam or LGBT+ rights. However, nobody who would have found the speech distressing was under any obligation to atend. Nor should anyone at a university ever expect that a fundamental pillar of learning be eroded simply to save their feelings. The nearly 6 million votes AfD gained in the 2017 German federal election have already conferred on Weidel a legitimacy that could hardly have been increased by a platform at the Union. There was no danger of validating what was previously proscribed by society – the Overton window has shifted already.

We have nothing to gain by burying our heads in the sand to this fact. By denying that this change has occurred, we actually sacrifice much of our ability to reverse it. AfD rose to prominence as part of a far-right wave that delivered us Brexit in the UK, Trump in the USA and other demagogues rising on the continent. Weidel is hardly the problem herself – she stands for a movement which is much bigger and much more powerful. Attempts thus far to repress it under a veil of shame have proven useless or even counterproductive.

Indeed, the attempt to censor Weidel was more than just wrong – it was wrong-headed. When we deny a platform to far-right figures, we do more than simply create an echo chamber for ourselves – we force those we disagree with into echo chambers of their own. If it is impermissible for Weidel to speak to those with values contrary to hers, it follows that the only audiences she can address are those where the listeners agree with her already. As such, her supporters will never get to see her views questioned or debunked. At the Union, more than at rallies on German streets, ‘anti-fascists’ would have had the opportunity to expose the illogic of her beliefs and the bigotry underlying them. But when we create ‘safe spaces’, we create them for ourselves and our opponents equally.

Union members have been denied a chance to learn about the far-right movement in Europe and subject it to scrutiny. Representatives from the SU and other groups who rejoiced at the cancellation have inadvertently become accomplices to the movement they oppose. Seeing all this, one might be tempted to repeat the old refrain that students these days are just too easily offended.

When Alice Weidel cancelled, it was not a victory – not for students, not for the Union and not for our values, the ones so contrary to AfD’s. The statement issued by the 28 societies suggested, with a note of regret, that this likely wouldn’t be the last time that students tell the Union their selected speakers aren’t “acceptable”. Hopefully they’re wrong – but not for the reason they’d like to be.

Another week, another free speech controversy. Despite Alice Weidel’s sudden cancellation of her speech at the Union on Wednesday, it’s unlikely that the debate about what can and cannot be said on campus will be put on ice any time soon. But let’s not delude ourselves; the idea that we can crush extremism with a frank exchange of views is nothing short of a fantasy.

If we have learned anything in the last couple of years, it’s that free speech is a slippery concept. Nobody seems able to define it, properly conceptualise its limits, or convincingly place the University within the discourse around it. Some, like our esteemed Vice-Chancellor, believe that we ought not be shielded from extreme views and the rough and tumble of robust debate, lest we become ill-equipped to face the challenges of the real world. Others believe certain objectionable views ought to be heard in certain contexts, and some – much to the derision of the tabloid press – believe in ‘no-platforming’ some views altogether.

There isn’t much that can constructively be said about any of these viewpoints. After all, they are driven by personal ideas about politics, civility, and what university is ultimately about. It is rather the notion that offensive views can be successfully challenged within our walls – this ‘third way’ within the free speech debate – that ought to be critiqued. Despite the argument of its proponents, it does far more to enable the objectionable than the blanket permissiveness of the free speech fundamentalists.

This argument ought not be misread as a championing of the no-platformers. On the contrary, the political developments of the last few years have shown the dangers of ignoring fringe views, and indeed, one wonders whether robust engagement with the far-right would have disarmed the rhetoric and blunted its present rise. So too must we realise that life in a liberal and democratic society demands free speech and expression; but this, plainly, is not what is under contention here.

“The era of the ‘King and Country’ debate is long over. It is time to recognise that very little we say or do will even counterbalance the legitimacy speaking at our university bestows – let alone contribute to public debate.”

As students, we need to take a step back and make an honest assessment of what we can realistically achieve by inviting and challenging those with offensive views. Is it credible to think that a gaggle of students at a Union event – as well informed and determined as they may be – can have a meaningful impact on public discourse? Anybody who has been to such an occasion can attest to how challenging that can be. It is, I believe, symptomatic of the pervasive, deep-rooted overestimation of our institution’s clout to assume that we are capable of debasing the views of fanatics and somehow yield some public benefit in the process. The era of the ‘King and Country’ debate is long over. It is time to recognise that very little we say or do will even counterbalance the legitimacy speaking at our university bestows – let alone add to public debate. Sure, we can pat ourselves on the back for standing up to extremists on our own backyard, but that’s all it is; and if we provide a platform to these people we must do so with that fact in mind. Whether the views espoused are contested or not, a platform is a platform.

In any case, we seem to have stumbled into an era in which most extreme and populist arguments seem immune from intellectual challenge. As Michael Gove so eloquently declared back in June 2016, the people have had enough of experts and their well-reasoned positions. Until this despicable trend is revealed to be the fallacy that it is there seems little hope that anyone – let alone a bunch of ostensibly middle-class students – will be able to restore the primacy of facts and nuance to the political world.

A similar logic applies to academics who express consistently bigoted views. Louise Richardson would have us challenge them; but this, of course, is a nonsense. Not only does it require those on the receiving end of hostility to justify their existence, it also gives little consideration to the power dynamic between teacher and student. It seems highly unlikely that any academic with such views will be won over by the arguments of their students. We are, fundamentally, talking about an imbalance in age, education, and experience. As with the no-platforming discussion, allowing a debate legitimises and emboldens bigotry in our tutorials.

As an academic community, we need to understand that we are presented with a binary choice: either we allow views we dislike to be aired or we do not. Challenging them is admirable, but let us not be lulled into a false sense of security. The last two years have shown us that even the strongest rebuttals fall on deaf ears, and this always needs to be in the back of our minds when deciding what we allow to be said on campus. The free speech debate has always been about where the line of acceptability ought to be drawn. Let’s focus on that question rather than look to a non-existent third way for answers.